Checking In: Kalu James Brews Up Some Strong Juju

And soothes us through the valley of the shadows of death 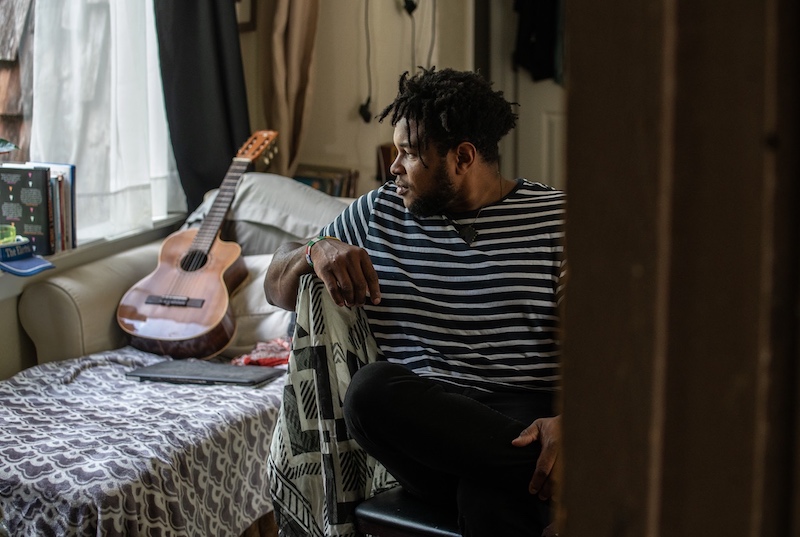 Kalu James: JT [Holt] and I are sheltering in Austin. We both live alone and that rollercoaster ride of emotions is real and bumpy. Between the justifiable mass hysteria, lockdown, unrest, fear, and anxiety, it truly has been difficult to comprehend how and when all this will move forward. To counter the uncertainties, we have been spending lots of time outdoors, reading, exploring new sounds, gardening, and working on new materials.

“Personally, if there’s a Mad Max style final act scene of driving off a cliff, give me Eminem’s ‘’Till I Collapse.’”

KJ: Our Feb 28, our show at the Continental Club with Think No Think and Medicine Man Revival was supposed to be the beginning of busy months ahead with SXSW and the release of a new single leading up to the launch of a new record produced by Jason Burt (Medicine Man Revival), who recently just finished the upcoming David Ramirez record. Little did we know that it would not only be the last full band show for a while, but also to congregate and share space with friends and fans. The following weeks after were a domino effect of numerous cancelled gigs including a tour as direct support for Umphrey’s McGee.

So everything came to a halt. We all had to quarantine separately, take time apart to access our personal situations, and reconvene only after we were 1,000% sure of being COVID free.

KJ: In the music and service industry, lots of our peers including us, depend on shows for income and you can already see the aftermath with venues and businesses closing down. That’s just the tip of the iceberg.

KJ: Besides doing a livestream to benefit SIMS, we just got back into the studio a month ago. That personal/downtime yielded a burst of creativity with lots of new materials as well as reopening and further dissecting the record that was already signed off on and set for release this year. We are gearing to do a lot more livestreams soon, but have been truly treating this time as an opportunity to forecast, explore, remain patient, positive, and raise the bar for ourselves personally and professionally.

KJ: Personally, if there’s a Mad Max style final act scene of driving off a cliff, give me Eminem’s “’Till I Collapse.”

In times like these, music soothes and walks you through the valley of the shadows of death as a companion and avenue for release. In our camp, that apocalypse soundtrack has to be a mixed playlist of Nina Simone, Grant Green, Dr John, both Bobs (Marley and Dylan), and Jacksons (Michael and Janet), Fêla Kuti, Queens of the Stone Age, James Brown, Jeff Buckley, and Ali Farka Toure.