A Night For Austin Raises $500K for Capital Creatives

Willie: “We all need each other and we all need music”

“Thank you... no one’s here,” clowned Paul Simon on Wednesday night, arms outstretched to soak in silent cheers after singing “Me & Julio Down by the Schoolyard.” Later, ATX’s Gary Clark Jr. enjoyed a one-person ovation while playing from the stage of an empty Antone’s. “Thanks for clapping,” he said. “I been all by myself playing.” 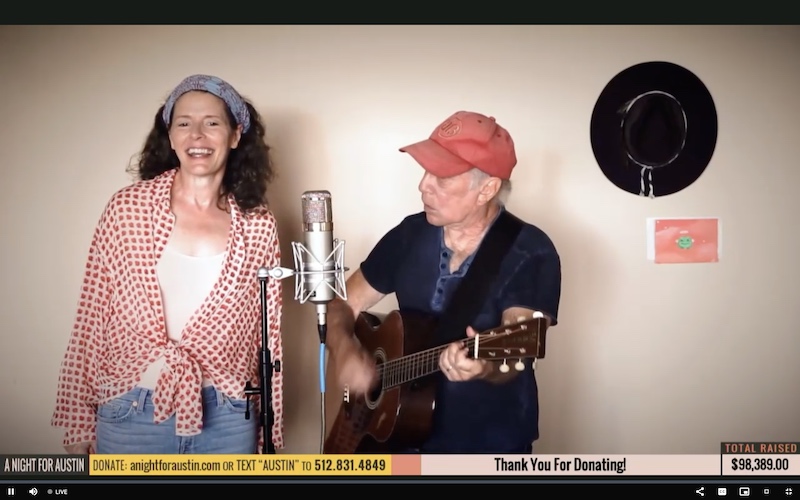 Virtual concert, A Night For Austin saw 30 remotely recorded performances from famous townies and tangentially connected national acts drumming up funds for the city’s creative community. A ticker on the bottom of the screen, broadcast via a regional CBS livestream and an ACL Radio simulcast, saw donations creep past a half million dollars during the two-hour show. Those monies banked into a fund managed by Austin Community Foundation to be dispersed to six beneficiaries included the Health Alliance for Austin Musicians, the Red River Cultural District, and Six Square, a nonprofit benefitting artists and entrepreneurs of color who’ve lost income as a result of the COVID-19 crisis. 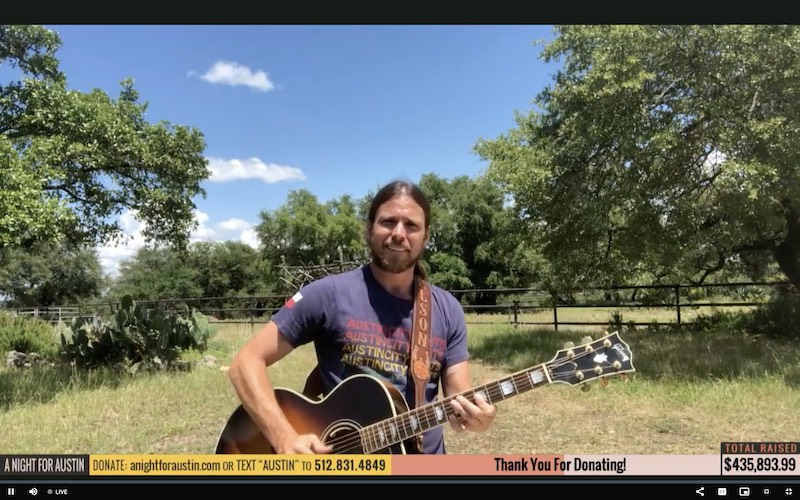 Good deed notwithstanding, the sequence of home-recorded songs made for the best night of music many Austinites had witnessed since March. The highlights proved plenty. Lukas Nelson unwittingly duetted with a loquacious bird while performing “Just Outside of Austin,” while a stuffed crow flanked the typically mystical piano sage Terry Allen, playing his profound “Sailin’ on Through.”

Black Pumas core duo Eric Burton and Adrian Quesada provided the night’s most uplifting anthem with a powerful, stripped-down version of “Colors.” They contrasted the old-guard lineup along with fellow up-and-comers Kalu & the Electric Joint and David Ramirez, who both shined bright on their segments. Meanwhile, one of the great veterans of Texas music, Flaco Jiménez, turned in a great performance of “Ay te Dejo en San Antonio” backed by Los Texmaniacs, who also supported his Texas Tornados bandmate Augie Meyers doing the immortal “Hey Baby Que Paso.” 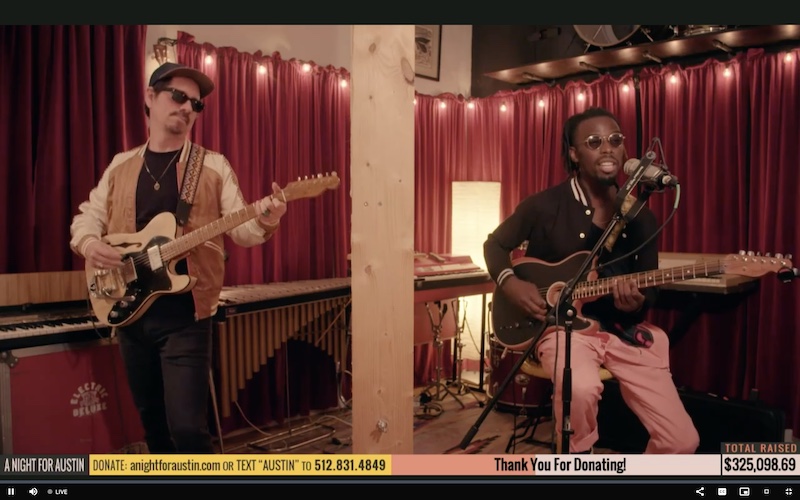 Charlie Sexton, the event’s musical director, linked with his onetime Arc Angels bandmate Doyle Bramhall II for the night’s best commingling of guitars – a blues song advising us to “roll with what you got.” Simon and his Texan better-half, Edie Brickell, served as the connective tissue to some of the event’s bigger stars, including James Taylor, who delivered a pitch perfect never-heard-before cover of Simon & Garfunkel’s “America.” One of the telecast’s best moments came when Brickell led Simon in a lighthearted cover of the Bobbettes’ 1957 single “Mr. Lee,” the former nailing the track’s quirky slide-downs on her Collings guitar.

Those local luthiers got a lot of love on A Night For Austin, which interspersed music sets with b-roll of Austin businesses like Sam’s BBQ, Waterloo Records, and the Austin Motel, plus guest host segments from actors. Woody Harrelson called Austin “a city I will one day move to” and Ethan Hawke, who roasted his greying goatee as “a north Texas grey squirrel invited to live on my face,” duetted with young daughter Indiana on a lovely version of Willie Nelson’s “Too Sick to Pray.” 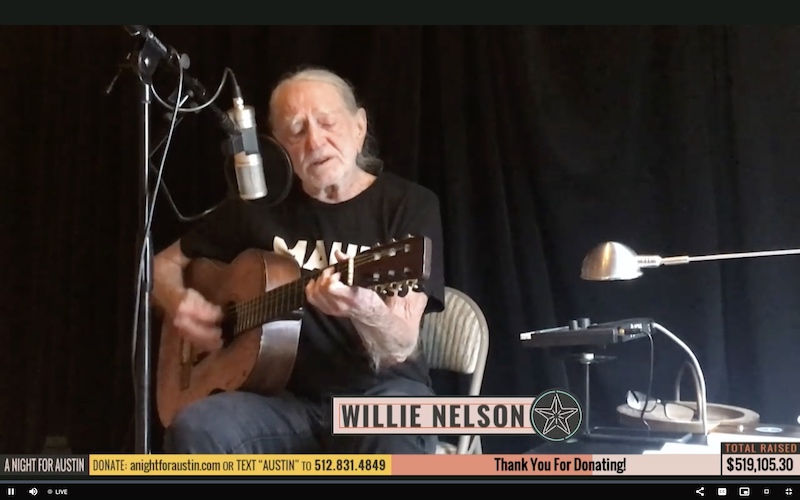 The paterfamilias, whose relative’s promotion company Luck Presents facilitated the concert, closed the show with a solid rendition of “On the Road Again.”

“Thank you for joining us in the mission of getting the city back on its feet,” he said at the song’s conclusion. “We all need each other and we all need music.”