Sir Woman & Friends Dance Off the Lockdown in New Video

Kelsey Wilson planned on a busy spring and summer. Fresh off her latest project, Sir Woman, capturing Best New Band at the Austin Music Awards in March, she readied the release of debut LP Party City. Like so much else, the singer stopped when the city went into lockdown. 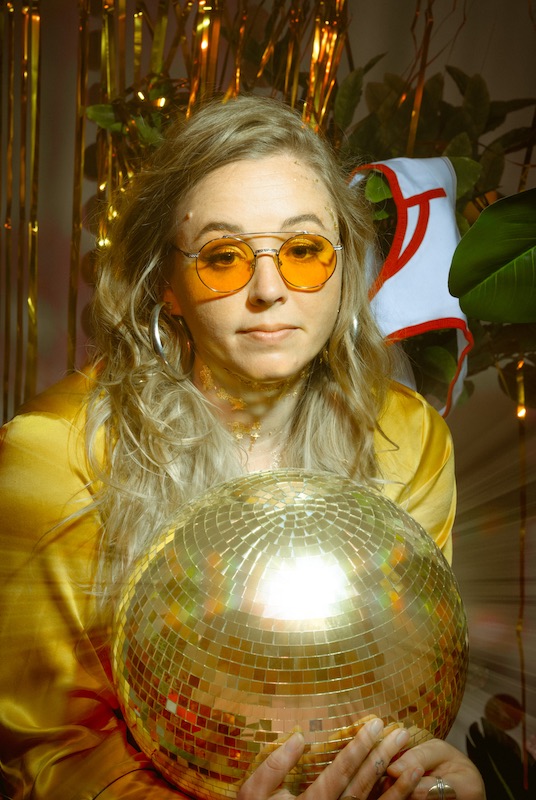 “I was going to drop the next single during SXSW, a song called ‘Bitch’,” offers Wilson. “Everything started changing and getting canceled so quickly that pushing a release during all that hectic noise just didn't feel right. The more the world shifted, the stranger I felt about going through with my plan. I kind of felt like people needed something different.

“Something full to the brim with love and celebration for this crazy life!

“I've decided to release an EP instead of a full record, just to give some love back to those who need it right now,” says the local scene leader who rose to fame in ATX hippie phenom Wild Child. “I picked the most positive and uplifting songs that are meant to show love and carry people through these weird times. I can at least give my fellow humans that!”

“Everyone is so beautiful, so powerful, and I could literally see the song making people feel good about themselves and it made me want to cry!”

Release scheduled for August, Wilson focused her new R&B-pop sound to the most upbeat settings, leading with the irresistibly smooth “Making Love.” To debut the song, Wilson collected videos from fans and friends dancing to the tune, most from their quarantined home. Her band also kicks in with their own dance moves – including those of fellow Glorietta all-star Matthew Logan Vasquez.

Local photographer and filmmaker Barbara FG then put the pieces together for a joyous and exuberant video.

“The idea for the video came about easily,” reveals Wilson. “No matter what is going on in the world and in my life, I try to dance every day. I'm not a particularly good dancer and it pretty much exclusively happens in my room, but there’s nothing more satisfying to me than dancing wildly to my current favorite song and just feeling like, ‘I am fucking killing it right now.’

“I wanted to share that feeling with everyone by prompting them to dance at home to my song ‘Making Love,’ which is essentially about loving yourself and knowing that you have everything you need IN YOU at every given moment.

“I wanted it to feel like one big dance party and celebration of self-love and boy did they deliver! So many amazing videos were coming in that we had to make the clips shorter and shorter. Everyone is so beautiful, so powerful, and I could literally see the song making people feel good about themselves and it made me want to cry!

“All different walks of life, all equally special, looking and feeling good [while] staying home and safe for one another! It turned into much more of a celebration than I could have ever imagined. I hope it makes everyone feel how connected we still are.”

Here’s the clip – and perhaps you and your friends and neighbors getting their groove on.