Checking In: Curved Light Source Peter Tran Maintains a Primrose Path While Waiting for the Dust to Settle

“I’ve had Halcyon by Orbital on repeat” 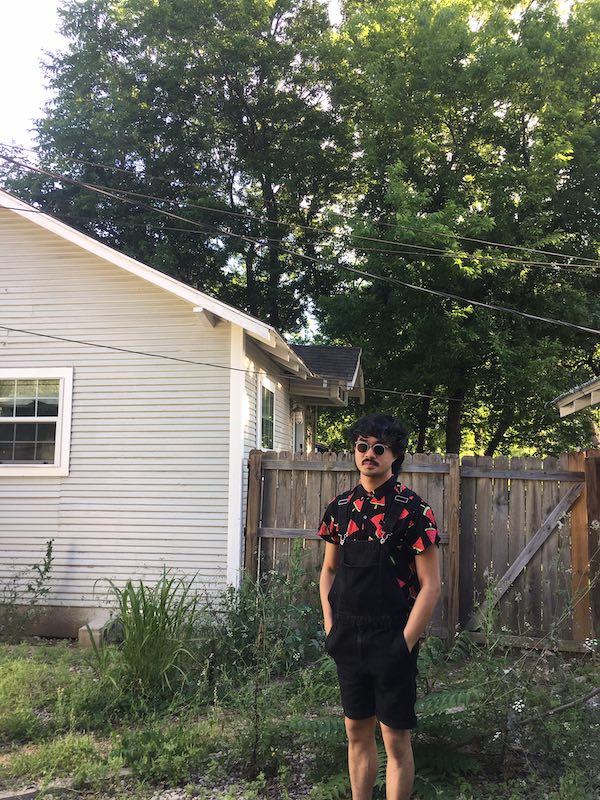 Peter Tran: I'm currently here in Austin. I started living alone before a tour at the end of last year. This is actually the longest I've been in one place since then, so that in itself is a transition.

It was definitely strange to transition from being on tour to coming back to the city on lockdown. It's been pretty rough having to figure out how to handle everything, from losing the majority of my income to social isolation. I was already planning on coming back and working on a lot of music, so at least I still have that.

I’ve been able to really create a daily practice for myself with creating music and video, as well as handling a lot of administration that usually falls by the wayside.

“I remember being in the van and two people being really sick for the majority of time (they didn’t have it), and every day we would be looking at our phones and seeing the virus develop.”

PT: I was on tour when COVID happened. The last week of tour got cancelled, and I came back to Austin to self-quarantine. Having been in every hot zone on tour, it was definitely the safest thing to do.

I lost a large amount of income from that, as well as having future touring very much up in the air. I work at Switched On when I’m not on the road, and I haven’t been able to work there since. I've also had many labels not be able to put out music that was scheduled due to the virus.

On top of not being able to be with my friends, it's definitely been pretty tough.

AC: What hot zones were you in?

PT: I was playing guitar in Lower Dens on this tour. Right after we played San Francisco, it was becoming a large concern there. Same thing with Seattle.

When we had made it back to the East Coast to play in New York, Boston, etc., they had just declared that gatherings over 500 were to be canceled. We were trying to see if we could scale back the shows so we could still play them, but we just ended up canceling instead. We were really concerned that we might not be able to fly back to our respective homes if we didn’t end early.

I remember being in the van and two people being really sick for the majority of time (they didn't have it), and every day we would be looking at our phones and seeing the virus develop. We didn’t really think that much of it, but I remember talking to other friends on the road who had sold-out shows in places like San Francisco and New York after we did, and almost no one showed up. We're talking 500-1,000 shows.

It was pretty insane.

“Livestreams depend on donations, streaming is essentially monopolized by Spotify and disproportionately pays out, and physical merch has been on hold. I’d like to be hopeful, but it’s hard to imagine things going back to the way things were before.”

PT: Everyone I know has been communicating much more via our phones, email, video chat, etc. That’s been nice, but it’s not a simple replacement for in-person contact. I’m glad everyone’s turning to the internet to connect more with livestreams and putting out more music with all these Bandcamp fee-free days, but the paths to making our careers sustainable in times like these haven’t shown themselves yet.

Livestreams depend on donations, streaming is essentially monopolized by Spotify and disproportionately pays out, and physical merch has been on hold. I’d like to be hopeful, but it’s hard to imagine things going back to the way things were before.

PT: I’m essentially at home all day. It gives me time to work on a lot of stuff, but it’s pretty much all I do to stay sane. While also making me insane.

That being said, I just put a new album, have plans for a few more, and a special physical release surrounding them, as well as a couple more due for release when the dust settles.

PT: Usually when I'm working on music a lot, I prefer silence when I’m not working to give my mind and ears a break. Otherwise, I’ve had Halcyon by Orbital on repeat whenever I get out on a walk or drive.