Live In-Person Music Returns to Austin: In a Field with a Pirate Radio Signal

Local promoters turned in with interest

The most surprising aspect of Ben Ballinger’s effort to pull off a live concert on Thursday night in the midst of COVID social distancing proved to be how well it actually worked. The local songwriter set up a drive-in at a South Austin field, which sold out its limited 25 car tickets almost immediately. 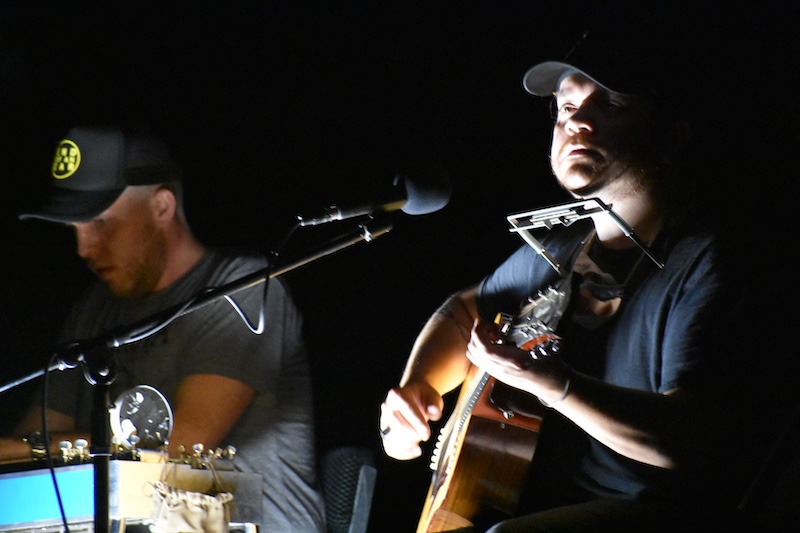 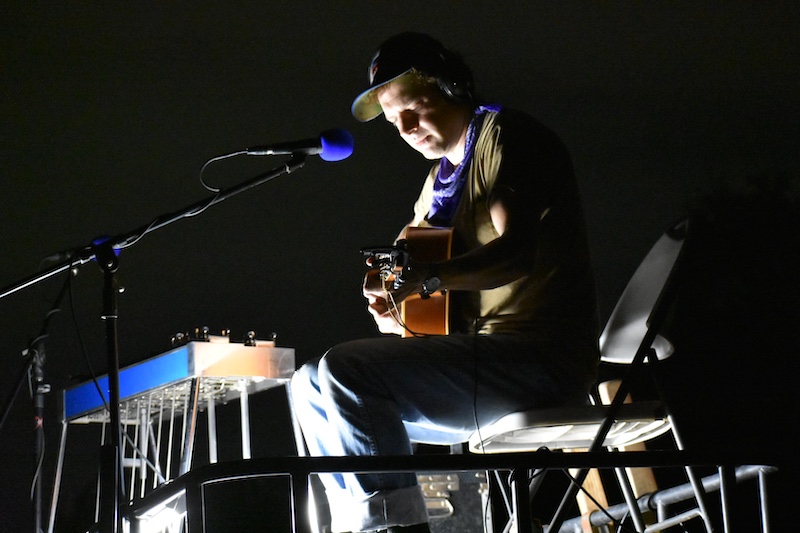 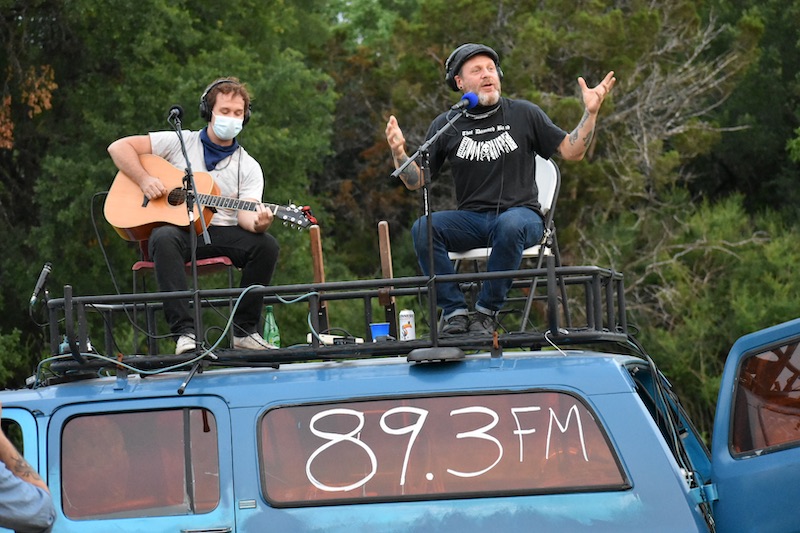 “It’s just really nice to be in front of people again,” attested David Ramirez from a makeshift stage atop Ballinger’s well-traveled 1991 Chevy Suburban. “What a wonderful night to be together.”

Beyond the Suburban’s roof, the two hours of acoustic sets from Ramirez, Ballinger, Gary Lindsey, and Chronicle muckraker Kevin Curtin barely made a dent into the night’s almost rural sounds, broadcast instead into individual car stereos on a pirated localized FM frequency. More importantly, the setup insured that the estimated 100 people in the field stayed by their cars, most laid out on hoods or snugged into open hatchbacks and truck beds. Groups kept respectful distances, while still feeling a part of something together.

“We are proving to the city and the rest of the country that this is a viable thing,” offered Ballinger at the outset. “Just like going to Home Depot.”

The setup ensured that the estimated 100 people in the field stayed by their cars, most laid out on hoods or snugged into open hatchbacks and truck beds.

Lindsey (Pleasure Tide/Black Eyed Vermillion) and Curtin (Cunto!) braved the inaugural set, drilling into cathartic drinking dittys like a raucous Irish wake. Both wielding acoustic guitars, the former growled joyfully to a masked latter, even leading a singalong to the fuck-off chorus of “Fare Thee Long” in closing.

Ramirez changed pace as the dark fell upon the field, illuminated only by a string of lights at his feet atop the van. The troubadour and pedal steel slinger Simon Page delivered his emotion-rent ballads as nominal headliner, digging into older favorites like “Find the Light” and a requested encore of “Watching From a Distance.”

For Ramirez, who’s kept busy with a steady schedule of livestreams over the past month, the evening emphasized how much the in-person experience of music matters. While the artists remarked on the incomparable element of being able to hear applause, for the fans, being able to cheer together proved equally essential.

Ballinger closed out the night with a quick three songs to dive under the 10pm sound curfew, the balladeer closing with his new “Miss America.”

At times, the transistor antenna faltered as the wind whipped up and the music turned into static on the collective car radios. In those minutes, the scene felt like a sepia-toned capture of ancient radio signals reaching out across space and time to unite people clinging to a connection through hiccuping music transmitted into a clear night sky.

Most of all, it felt for a moment like Austin again: weird, makeshift, and communal.