“We can’t pack the clubs until we do”

“This pandemic would be a trial under any president,” writes South Austin seer James McMurtry on his website. “I fear it’s more of a trial under no president.” Stark as his song realism, the terse yet lyrical op-ed lights a fuse on McMurtry’s forthcoming prose period. 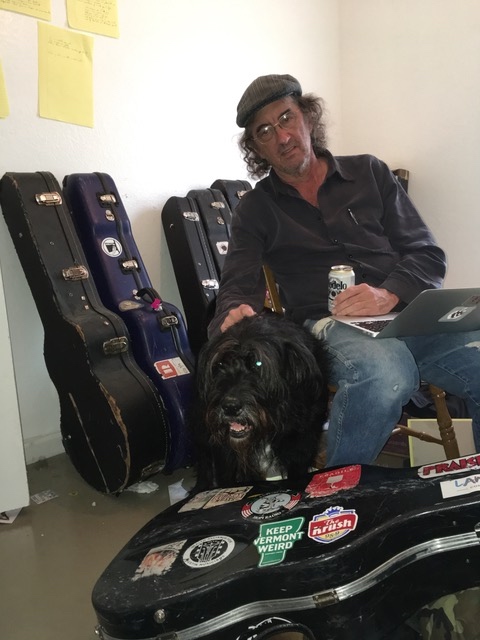 Man’s best friends in a quarantine (Courtesy of James McMurtry)

James McMurtry: My girlfriend and I are sheltering in our house in Lockhart with two dogs and five yard cats. We had to bail out of Austin last year when the landlord decided to sell the duplex. Lockhart suits us pretty well: No scooters, a good many young people running cool restaurants – most of which have the sense to stick to takeout only in the absence of widespread testing.

“I feel really bad for the street buskers. Bleach a couple rolls of quarters and put them in ziplocks for the lady who plays violin in front of Enoteca.”

JM: I postponed my spring solo tour a few days before SX would have happened and rescheduled it for September and October. I doubt it will happen at all now. We still have no testing to speak of, and we can’t pack the clubs until we do.

My June and July festival dates all canceled. I’m learning how to livestream, virtual busking via Venmo and PayPal. The internet is a bit slow out here in Caldwell County, [which] causes weird oscillations in volume. Feels like old time FM radio compression, only weirder.

But it gets my songs out there in some form. I feel really bad for the street buskers. Bleach a couple rolls of quarters and put them in ziplocks for the lady who plays violin in front of Enoteca and the guy in the crumpled straw hat with the six-string on the next corner North, if either of them still come around. My girlfriend works in the service industry.

She’s out of work too.

JM: I’ll have to get better at the internet and probably supplement my income with some kind of prose writing.

JM: I don’t listen to much music. Maybe that will change now. 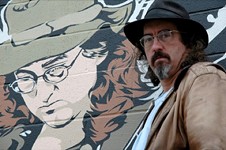 Out Here in the Middle
A quick one with James McMurtry