Austin-based company Beatstars Inc., the largest digital platform for buying and selling beats, is partnering with Sony/ATV in a joint venture allowing its users access to the latter’s publishing services. Beatstars CEO Abe Batshon tells the Chronicle that the affiliation will help songwriters and producers using his website collect global royalties. He characterizes the publishing contract, which any Beatstars user can opt into, as “one-year admin deals that are an 80/20 split with no other fees.”

“Admin deal” means the composer retains full ownership of the musical work, while an administrator collects a percentage of profits for handling all the technical work like registration, licenses, and collection.

“There are so many producers that have cuts with hundreds of millions of streams on Spotify, but don’t know a thing about publishing, don’t know how to register with a PRO [performance rights organization] or collect globally with all the different rights societies,” furthers Batshon. “That’s what Sony’s going to be able to do with us. Plugging [our users] into the Sony system with their big sync [commercial license] business is going to be great for producers as well.”

Batshon says Sony/ATV selected some of the bigger clients from the Beatstars community and offered them co-publishing deals, wherein an artist shares a percentage of publishing in exchange for money. The alignment also adds high-level content to Beatstars database, since Sony’s having its talent pool join and upload material on the platform.

Currently, the business has offices in Austin, Brazil, and Portugal and counts 35 employees, but looks to add another 30-40 more positions as Beatstars builds a creative services team. The partnership with Sony/ATV represents continued vindication for Batshon, who spent the last decade trying to convince major publishing groups that the future of song creation lives online.

“I knocked on doors, telling them this is how songs are being made now and that big tracks are being made on the platform,” he recalls. “At first, it was like, ‘No way. Get out of here. We don’t know if it’s viable.’”

“At the end of the day, we wanted to go with one of the publishers who understood the vision of empowering our online community and also wanted some very producer- and songwriter-friendly admin deals that weren’t longterm, lock-you-in-for-three-years kind of situations,” he explains. “Sony just got it. And they were the publisher and label that put out ‘Old Town Road.'” 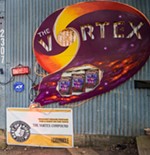