Psychedelic country-soul, according to “Down in the Country,” bridges Seventies Laurel Canyon folk-rock potency to a diaphanous Dripping Springs swing circa now. Israel Nash’s giddy new EP Topaz thus imbues classic Americana songcraft with Texan R&B. Originally the A-side of his new LP, get it now on Bandcamp, but save a spot for what completes it. 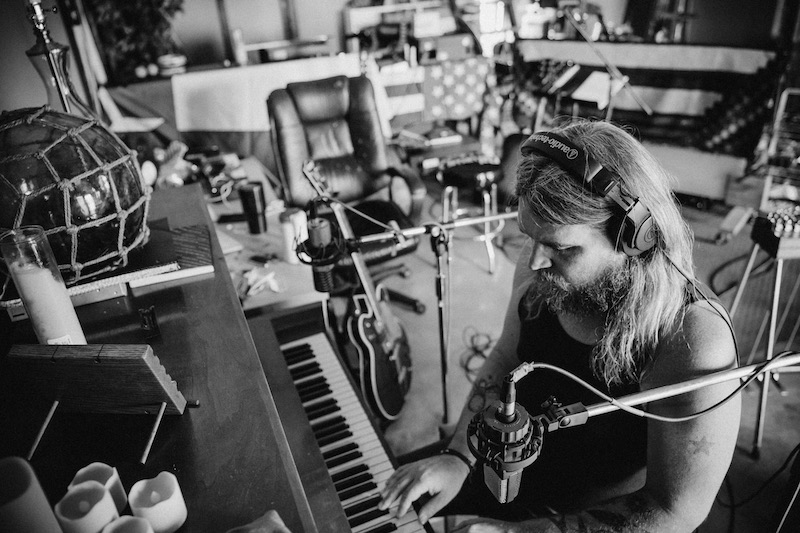 Israel Nash: I’m out here tucked away in the hill country of Dripping Springs with the fam. We’re used to being kinda half off the grid out here, so in a lot of ways life isn’t too different for us. I might not be on tour for a while, but I have the studio here on the land and am writing daily. So the art, the work, continues.

I’m fortunate to have that outlet in these times, but also the opportunity to continue the creation process and be with the girls out here in the hills. The biggest immediate change is the challenge of running school here for our wild first grader. Wow!!

“I made two full-length albums over the last 12 months and I’ve realized that the power of the song is so real in my life.”

IN: We were slated to have my annual From the Hills With Love party that I host out here on the ranch. I remember this year just anxiously and excitedly waiting for early March, and for all the social media and local and national music chatter to start focusing on SX, but that totally didn’t happen! Instead, it was C-19 and should SX even happen at all!

That was crazy, just weeks ago, but it feels like years. Daily, I remember feeling like this whole thing was getting worse and not better, and that we were going to have to postpone the party. Ah, damn.

I’ve been walking around the land lately imagining the conversations and hangs I would have had with friends out here. Missing the folks, missing the exchanges of life for sure. Not sure when things will be the same, especially for touring artists, but I’m thinking if I keep writing, I’ll be happy and focused and still have music to tour on one day when the coast is clear. 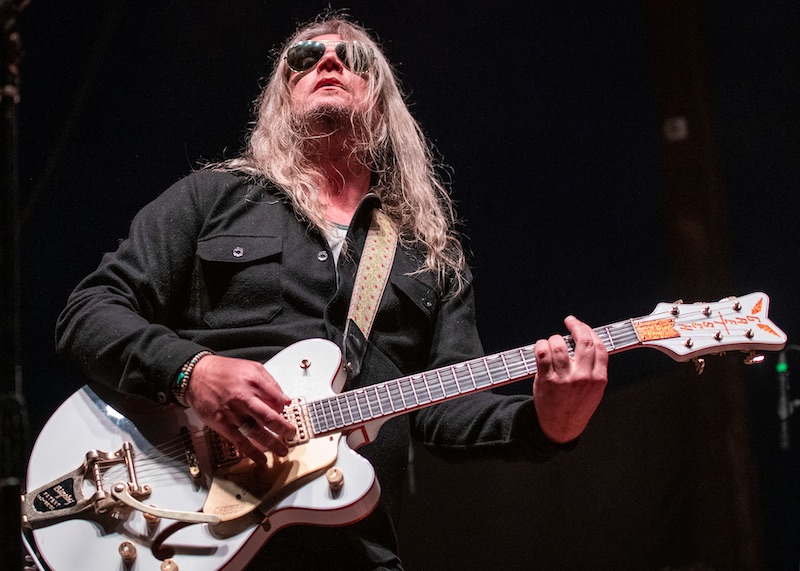 AC: As a global culture, people employ music for every purpose imaginable, obviously spanning religion to entertainment and everything in between. What happens to communities like ours when people can no longer access it in person ?

IN: I don’t know what happens in the long run here. It’s really devastating for communities like ours that are built upon amazing folks who represent every layer of the music industry. I am always and forever an optimist about life. I think it will all be back to normal one day before we know it.

I know there are a lot of folks struggling right now and moreover are uncertain about the future. We can’t screw over folks without it screwing everyone over. I mean, come on, it’s obvious we need each other for society and balance to work. From health to livelihood, we will need a lot more assistance and legislation to protect and ensure folks like us all can do our jobs again and do them safely.

“I’ve been walking around the land lately imagining the conversations and hangs I would have had with friends out here. Missing the folks, missing the exchanges of life for sure. Not sure when things will be the same especially for touring artists, but I’m thinking if I keep writing, I’ll be happy and focused and still have music to tour on one day when the coast is clear.”

It’s all really still unfolding in real time when you think about it. We want safety and life first and foremost, and I feel that compassion can continue to help motivate solutions for those hurting financially. Love to all those who are suffering and please lift spirits wherever and whenever you can, even at these distances.

AC: Everyone’s having to shift or drastically alter their work situation. What does that look like for you?

IN: Even before the C-19 lock in, I’ve been super busy in the studio writing and recording. I made two full-length albums over the last 12 months and am now working a couple of new projects. I’ve realized that the power of the song is so real in my life.

The more I make, the happier I am and the more opportunities I have to play them and continue to make more. Sure, without the touring apparatus that changes a lot of things for me and what releases look like in a world without shows and merch sales. But songs are still the core and there’s nothing stopping me from writing them.

IN: I’ve been listening to a lot of Lou Reed lately. I’ve loved Lou since I was introduced to VU back in high school and it’s been awesome to go through the whole catalog again lately: Coney Island Baby and Berlin, Blue Mask, and later stuff, New York, Set the Twilight Reeling.

When I was 17, my pal and I had a plan to go to New York City for a weekend without telling our folks and hanging out at this cafe on the Westside that Lou apparently frequented. We never made that city escape, but I did get to meet him when I moved to New York years later and that was pretty amazing. 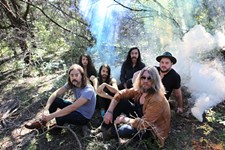