Flamboyant expressionist needs to hook up, yo 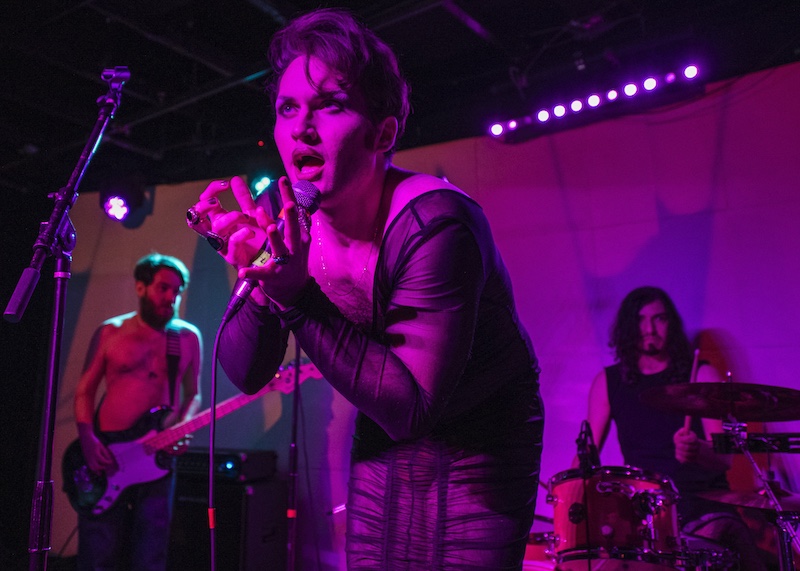 Caleb de Casper: I am not sheltering. I am in my apartment by myself and limiting contact with people by not socializing, but I have decided to work a job delivering groceries to people because I wanted to be useful and help people during this time. From what the numbers say, I don't have a very big risk of having complications from this virus and I don’t live with anyone who would, so I’ve decided it’s worth the risk to still go out into the world and help people who can’t get their food right now. I’m having a beautiful mask made for me by my designer friend, Ilonka SP, and I am ready.

“Thank God I recorded a spot for the TV show 512 Studios Live! just before everyone was told to stay at home! My episode will premiere on the CW Austin April 11 at 5pm, and I should see some income from that.”

CDC: It was a big blow and reality check when they shut down SXSW. We all know the festival doesn’t really pay musicians, but I did lose a lot in merch sales and opportunities to meet fans new and old. Then they shut down the venues and I lost my future gigs indefinitely.

I was scheduled to do some cool things, like play to a live audience on the podcast Comedians Interviewing Musicians and play a couple shows around Texas with my good friends Heart Bones (Sabrina Ellis and Har Mar Superstar). All these great things have hopefully just been postponed until things settle down and the industry starts up again. It’s odd that everything I have done and lived for – live music, band practice, recording in the studio – doesn't exist right now and I’m having to find things to do in its place. I’m also spending a lot of time wondering what there is to write about during this time, when I’m still not really sure what’s happening day to day yet.

On a personal note, it’s also been a real issue that I’ve had to stop hooking up with people for sex during this whole thing.

CDC: I’m really encouraged by the amount of people who are still putting on and consuming livestreams of music on social media. I recently was part of a show on Facebook and it felt really good to see all of my fans again, and to be able to put something out to make our troubles disappear for a bit. I think the only thing that will happen from people not being able to consume live music during this time is a renewed interest and resurgence in the art form when we are allowed to be together again. Everyone who always clicked “interested” instead of “going” on a Facebook event has to be at home seriously considering their past choices right now ….

“Right now, our world is transforming into a place where we will have a deeper understanding of each other’s worth and humanity. We will have a deeper trust in science and take existential natural threats more seriously, and our institutions will restructure to a system that is more fair and balanced.”

CDC: Thank God I recorded a spot for the TV show 512 Studios Live! just before everyone was told to stay at home! My episode will premiere on the CW Austin April 11 at 5pm and I should see some income from that work in the next few weeks. I’m also doing and planning more online performances for the next couple of months, which is an adjustment, but I usually do best when I’m pushed into something new anyways.

I have always had multiple streams of income because that’s what it takes to be a performer and keep it going today. I have always worked extremely hard to be able to buy my costumes, makeup, studio time, touring fund, whatever else you see me doing, etc. and I don't plan on letting this stop me. I am so grateful to everyone who’s been buying merch through my Bandcamp and streaming my music during this time.

Thank you all for being a part of keeping it going.

CDC: I’m using music to feel right now, because I’m unsure of how to feel just yet: Chopin and Beethoven to feel serene and at peace, Blondie and Cher to feel fun and carefree, Lana Del Rey and American jazz standards to feel introspective and morose. As for being a scholar, I’ve always leaned into learning about music when I’ve gone through tough times. Right now, I’m finding time to study reharmonization techniques and brush up on my classical skills.

And we’re not in an apocalypse!

Right now, our world is transforming into a place where we will have a deeper understanding of each other’s worth and humanity. We will have a deeper trust in science and take existential natural threats more seriously, and our institutions will restructure to a system that is more fair and balanced. I believe this and will be here with everyone through it, and I’ll see you all at a show on the other side. 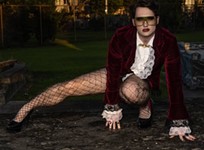