Punk keeps it real and no one’s more palpable, substantive, and undeniable than Audrey Campbell. Alpha for lethal ATX injection Pleasure Venom, her agenda’s equally righteous. “I’m pissed at Texas for trying to ban abortions at a time like this,” she emails. “This isn’t time for people to slide their bullshit political agendas through. Lives are at risk.” 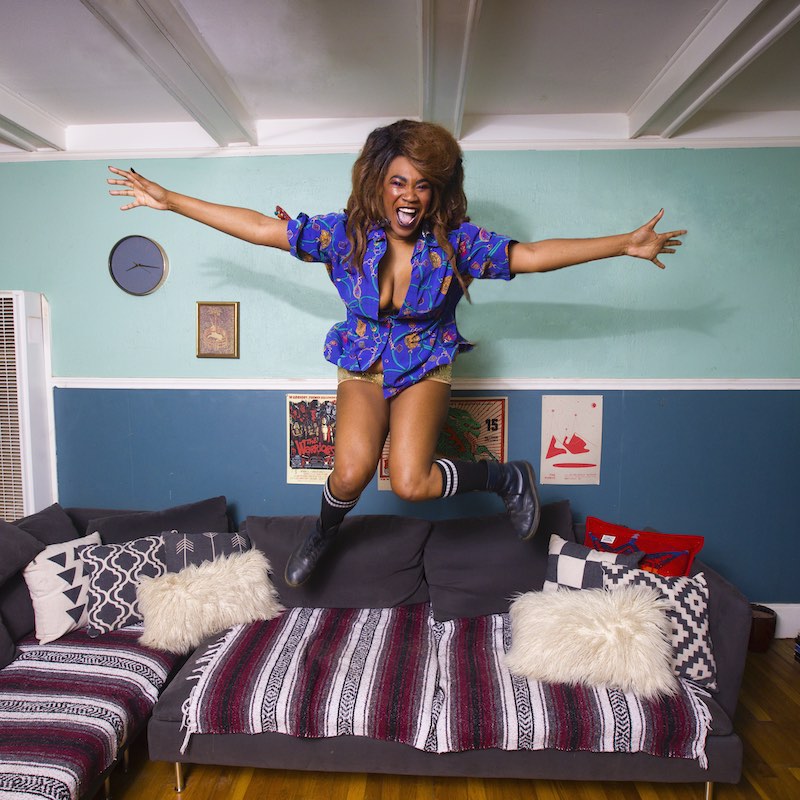 Audrey Campbell: We actually had to move amid the pandemic from North to Central Austin because our lease expired. Finally settled in with my boyfriend and bandmate, Thomas [Valles], rooming with our great pals, heroes, and superstars, Rhonda Jewels and Dan Chavez. Our old roommate was superstar Caleb De Casper, whom we also love to pieces and Thomas also plays drums in his band as well. I'm blessed because we all hang out on the regular anyway, so I’m in good company.

A month ago my only stress was knowing our lease was up mid-March during SXSW week, which felt challenging. Who knew I would be moving during a pandemic and SXSW wouldn't even be a thing this year, but at the moment I feel healthy and have no symptoms. Only half the house has jobs, so we’re happy to have a backyard with foxes and shit to howl at at night.

I am NOT a housewife, but I get why we have to stay home, so I cook more and do more chores. It’s strange. I'm currently trying to find a solution to recording and writing and staying busy as I usually do with art. It's definitely a stifling inconvenience to an already stressful music business. I got the temporary axe from my day job, like so many of my service industry friends, so now I’m a bored-as-hell extrovert, grateful at the moment I’m not sick, but really concerned about what's going on.

And stop gathering at Barton Creek, stupid! Stay home so we can all go out and play again! I’m scared that people STILL somehow don't get this.

“I got the temporary axe from my day job, like so many of my service industry friends, so now I’m a bored-as-hell extrovert, grateful at the moment I’m not sick, but really concerned about what’s going on.”

AC: A few weeks ago! I remember being at the Austin Music Awards on Wednesday, 3/11/20, and sitting with a bunch of disgruntled nominees who were unaware that winners had already been informed of their victories, and wondering why we were potentially risking our health to attend. SXSW had just been canceled, and reality was starting to set in.

Most of our unofficial sets had guarantees, and with our bumbling administration, it was hard to tell how much of a threat this was. I just felt uneasy and confused as hell. The next two days I did nothing but research and began wondering, talking about it all to bands to see if it was safe to play at all.

Our first set during “SXSW unofficial” was Tuesday, 3/17, so we didn’t have a lot of time to decide. It just felt irresponsible to take a risk, even if we were counting on the money and the press, and everything that comes with it like interviews, etc. “How would I even promote it?,” I asked our band manager, Lars Wolfshield. “Come dance with us on some gothy shit and potentially get sick?”

I love playing, but it just didn’t seem worth it at all.

As information started flooding in, bands dropped right and left, and the shows were all canceled. On the real, Pleasure Venom lost about $1,500 from shows and merch sales that week, and upwards of $2,500 or more from our guaranteed shows from April that are now canceled. We rely on that money for studio time and promo for our forthcoming record, and we were planning a badass summer tour, now postponed indefinitely.

I had so many plans and when I get into album cycles, it’s really hard for me to stop. I love all the writing and creating and album art and getting in the studio. Creating and playing is my favorite part of being a musician, so yeah, it feels like my livelihood has been taken away.

I was bummed to stop, like hard stop it all, but I’m trying to accept it’s okay to stop. It's a fuckin’ pandemic, y'all! 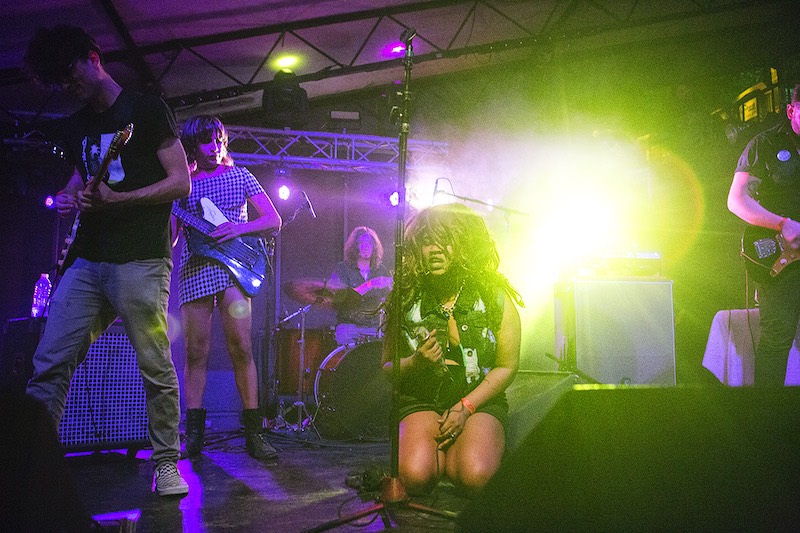 AC: I’m honestly a bit stuck! Even our Instagram I usually load with live performances or live shots from pro photographers, friends, and fans, but I’m having trouble keeping that going. The situation has changed. I think it’s okay to stop and get our ducks in a row and make sure everyone is healthy and safe. As much as I’d love to throw up content right now, it's just not a priority when everything we do with music from recording to playing shows is so social.

I think giving my workaholic ass a sec to reassess and move into my new place is way more important at the moment. It should be for everyone. There are bigger things at stake. But I’m used to throwing my woes or frustration or stress into my music.

AC: I was called out of work 3/16/20. I had some savings – I knew we would be moving – but still it was really wild to see the place I work empty and not know when I’ll be able to make money again. It’s only been a few weeks; I'm uncertain what my productivity a month or so from now will be like. My boyfriend works catering, so he’s still able to work.

I’m trying not to panic because there’s zero you can do with that emotion. Fear leads to stupid decisions, and that’s the last thing any of us want!

We are lucky to have great friends and roommates in Dan and Rhonda. We feed each other in many ways and have dope movie nights. We aren’t in a shortage, really. Got food, water, electric? Stay home and wash your hands, because it could be way worse!

“I’m trying not to panic because there’s zero you can do with that emotion. Fear leads to stupid decisions, and that’s the last thing any of us want!”

I really feel like I prepared for this my whole life. I’ve always been pretty minimalistic and easily entertained! Not having a lot growing up, you get creative and I just carry that with me to this day no matter what I have.

Being calm in a struggle or simply accepting the things you can not change are lessons I’m so grateful I learned at a young age. It was hard then, but now I’m super grateful, because it really toughens you up to face a multitude of obstacles. We have food, roofs over our heads.

It's a good time to think of people who are homeless on the street or in developing countries.

AC: An album came out earlier this year called Cunts by Cunts, specifically this track called “Dying to Hit.” I’m pissed at Texas for trying to ban abortions at a time like this! I was really angry. Like, I threw something angry.

This isn’t the time for people to slide their bullshit political agendas through. Lives are at risk. It’s a horrible abuse of power. They sold it under the guise of helping women when it’s a way to trap us and will hurt more women than anyone could imagine!

So yeah, Cunts say it all for me. The anger and swag of that entire record, especially on that track, is such a fuckin’ mood for me! Also listening to lots of PV tracks that we are working on and writing as much as I can on my own.

Continue to be safe, calm, and informed please, y'all! Miss all your beautiful faces so much!