Concern in a quarantine for Austin’s pied pipers

Now’s the time to check in with loved ones. “I have reached out to more people than usual for sure,” agreed Kevin Russell by email. In a town with the sound suddenly turned down, we attune to our music-makers, especially those ringmasters of medicine show wit and whimsy who won Best Miscellaneous Instrument (uke) at this month’s Austin Music Awards. 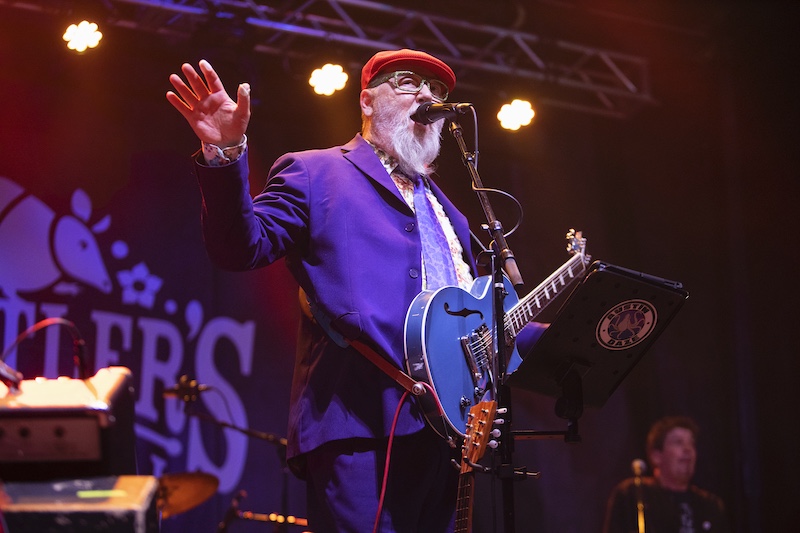 Kevin Russell: I am at home in Austin, with my wife and kids. We are in good health, cooking good food and generally not annoying each other. I have taken up bike riding as a means of getting away and exercising. It’s been a great thing. Trail riding, in particular, I would have never thought I would get into. Yet there I was laying on my back on a trail after hitting a rock. All good though.

KR: It was Tuesday, March 10, my oldest son Guthrie’s 22nd birthday. After we celebrated with him, I began a slow descent into panic about an impending week-long tour through Oklahoma and North Texas. At that moment there was only one case in Oklahoma and seven cases in Texas, but SXSW was canceled and Tom Hanks, the Magic Johnson of COVID-19, had tested positive. Things were getting real. I wanted to reschedule all of my dates that week.

I called a lot of my music friends to ask if they were canceling any shows. None were, but they were all worried. In our line of work, it’s always, “The show must go on.” So, I talked myself down.

“Ultimately, this will remind us all how irreplaceable the human community is. No virtual connection can replace the sound, touch, and warmth of other people. When we are together, we are truly alive.”

Next morning, we were supposed to leave for Tulsa. A second case in Tulsa was reported that day. As well, WHO declared a pandemic. Trumpeter for Tijuana Trainwreck Horns, Tiger Anaya called me up and expressed his concerns about doing these shows. We agreed that it was probably in our best interest to not leave town at that moment. It was a tough decision, but the right one. I felt that if I canceled shows, then many others in my sphere of influence would follow my lead. Sure enough, we all did the same thing over those next few days.

The whole music world began shutting down. It took the business world longer to understand this simple fact, but often the music business is a harbinger of things to come. Over the course of that week, I decided to reschedule everything through mid-May. This is one of the most lucrative times in my business, with festivals, weddings, and concert series. We’ve lost a lot of money.

I am a conservative business person though, so we have some rainy day reserves. Still, that won’t last the summer. The rest of May and June are still in play at this time. Fingers crossed and washed.

KR: I know many stories already of religious people who can’t meet in their churches or groups anymore. It’s a great loss to them. But also I know those who are helping their churches livestream and finding novel ways of participating with each other, like using Zoom to meet for all sorts of social gathering and business. Ultimately, this will remind us all how irreplaceable the human community is. No virtual connection can replace the sound, touch, and warmth of other people. When we are together, we are truly alive.

I feel like our community, realizing what we have suddenly lost, is getting stronger and more connected. I have reached out to more people than usual for sure.

KR: Well for instance that song I sent you is me playing everything. I did during this shut down and Mayor Adler shared it. I wrote it as a kind of PSA after seeing clearly that a third of the people didn’t seem to be understanding the message to stay the fuck home! 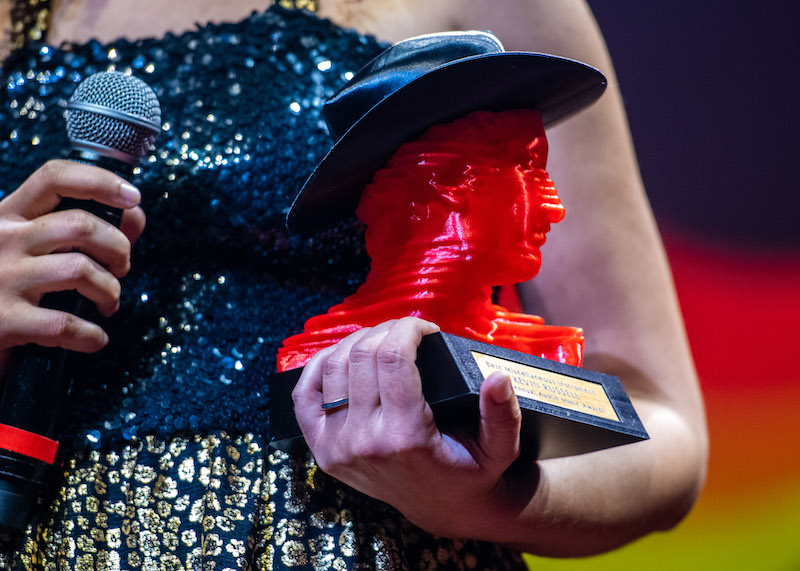 I use a lot of MIDI-controlled instruments these days to make arrangement sketches for the band, but now I’m working on playing those parts better and improving my vocal and live instrument sounds for release. Not knowing how long this will go on, I still want to provide music to my fans. It’s important to all of us to keep that sharing of new music going. It’s grounding and inspiring at the same time.

KR: I have been listening to a lot more vinyl. I’m part of a record-of-the-month club, and honestly, I don’t always get around to listening to some of those records. So that’s been fun, catching up on new stuff Jim Sullivan & the Books, for example, are new to me.

Also, I have been collaborating on a Spotify playlist with friends. I call it Corona after the Minutemen song. Rolling Stones’ “Ventilator Blues” is on there as well as some more obvious choices like MC Hammer “Can’t Touch This.”

[Additionally], I’m watching Ken Burns’ Country Music series finally. I had some resistance to it, because I went through a big Carter Family phase back in the late Eighties and early Nineties, which led to my Gourds era stuff. I wasn’t so keen on sharing that cultural moment with the PBS set. I’m a non-conformist from birth. So, yeah, now that no one is talking about it I can watch it. Makes no sense. 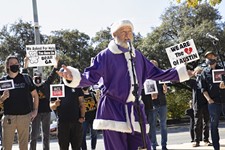 Kevin Russell Hasn’t Wavered Amidst the Great Wall of Empty Time
Shinyribs Santa closes the questionnaire circle on No. 100