Indie contractors advised: “When in doubt, go ahead and register” 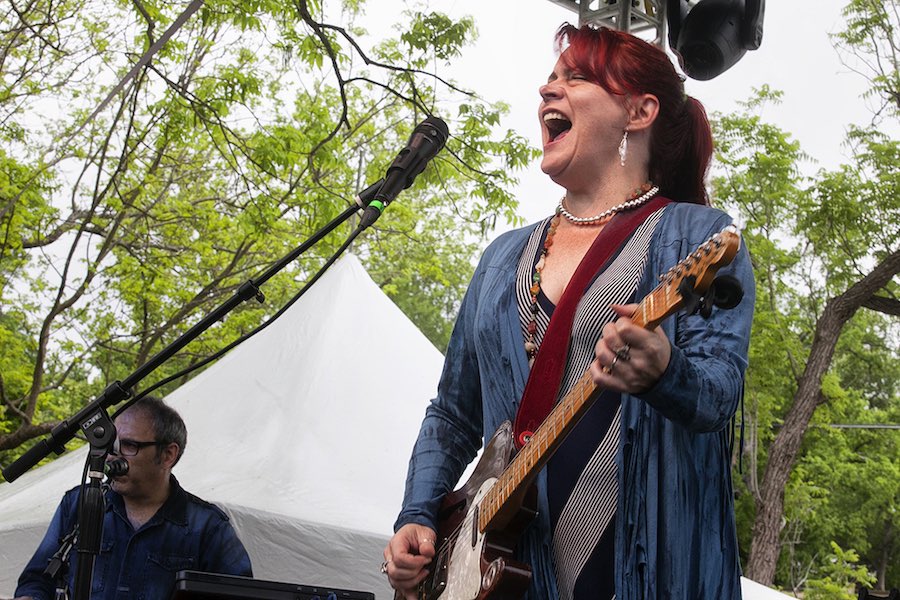 Entering her seventh year working at South by Southwest, Austin’s Monica Skinner had planned to help oversee production at major venues like Barracuda, Elysium, and Swan Dive during Festival week.

An independent contractor employed seasonally, she lost a crucial gig following the Conference and Festival’s unprecedented cancellation on March 6. Skinner joined a growing number of local music industry workers suddenly unemployed due to the COVID-19 pandemic and left wondering about eligibility for unemployment benefits.

“I’ve been talking to my production and sound community, where pretty much everyone is a 1099 worker,” explains Skinner. “It feels like people outside of our industry don’t even know this is happening.”

Independent contractors, freelancers, and self-employed individuals – who make up a large portion of music industry workers – aren’t eligible for unemployment benefits from the Texas Workforce Commission. Skinner submitted a claim anyway using a 1099 tax form, and later confirmed with the Houston Arts Alliance that that’s their recommended move. Her information should then be in the system already in the event of Disaster Unemployment Assistance (DUA), which will be open to self-employed workers.

“If someone is unsure whether they qualify for unemployment insurance, our advice is: You should apply,” she states.

Workforce Solutions is a local affiliate of the Texas Workforce Commission, focused on connecting local residents with jobs. Although Faster Than Sound wasn’t able to speak with the TWC for this story due to their phones being completely overwhelmed by widespread layoffs, their recorded message reads: “If you lost your job as a result of the pandemic, please check the coronavirus COVID-19 box.”

Atkinson predicts this designation will be important to unlock expanded benefits in the future.

“I have every reason to believe that will be a triggering qualifier for some of these emergency assistance opportunities coming down the pipe,” adds Atkinson. “In this new environment, it’s changing all the time. Even if someone doesn’t qualify today, depending on the decisions Congress makes, people might eventually qualify. So when in doubt, go ahead and register.”

A 2019 study by freelance marketplace Fiverr found that Austin hosts the fastest-growing population of skilled gig economy workers in the country. Melissa Jacobs, an attorney at Texas RioGrande Legal Aid, says many of them are misclassified as independent contractors by their employer and may be eligible for unemployment benefits. She adds that individuals who are currently gig workers but held down regular employment during 2019 may also be eligible.

“It’s case-by-case, but I would advise [people] to reach out to an attorney or legal aid about your particular situation,” says Jacobs.

Aaron Lack, president of the Austin Federation of Musicians, says the local union will focus on advocacy efforts as work overseeing performance contracts dries up.

“Musicians can have hundreds of different employers every year, so we need a relief package that works with that,” explains Lack. “The best recommendation we have is to let your congressperson know that we’re a significant part of the economy, and we need help.”

Carolyn Wonderland, acclaimed singer, six-stringer, and this year’s Austin Music Poll Hall of Fame inductee, shared the Federation’s petition on social media. Due to coronavirus-related cancellations, she missed out on touring with UK blues godfather John Mayall. The guitarist says she’s filed hundreds of 1099 tax forms over the years.

“The most 1099 forms I’ve ever gotten is 170. That was a year an album came out and we just never came home,” explains Wonderland. “I’ve been an independent contractor since I was 17, but I pay taxes on every penny that comes in.”

Mark Schroth works locally as a live sound engineer, alongside duties in psych rock group Another De Sade. Because he’s on the payroll for two Austin production companies, Schroth qualified for unemployment benefits. And yet, without the addition of his various gigs as an independent contractor, the benefits only represent a small portion of his annual income.

“At one point I was working actively for seven or eight companies at a time, and that’s very common,” explains Schroth. “All of my audio, lighting, and video friends are on this kind of hustle. It took years to build these networks and prove my worth to different companies, and that’s the game for most industry professionals.”

Outside of her seasonal work for SXSW, Skinner also works as an audio engineer at festivals, weddings, and other events. Following cancellation of Austin’s annual March music madness, she joined over 750 submissions from freelancers and service industry workers to the website I Lost My Gig. Informally tallying the financial fallout from SXSW, the website has logged over $4 million in lost income so far for gig workers.

“Seeing that all of my side hustles are based around events and gatherings, absolutely everything has been put on hold,” says Skinner. “I’ve been trying to explore other avenues of work, which is so crazy because I’ve been putting all of myself into events for the past nine years. I’ve just got to bow out for a bit and I’ve accepted that.”

MusiCares, a charitable organization operated by the Recording Academy, accepts applications for grants of up to $1,000 to aid music industry professionals with living expenses. Texas-based applicants use the South or West region applications. Find more requirements or contribute to the $2 million COVID-19 relief fund online at www.grammy.com/musicares.

The Health Alliance for Austin Musicians (HAAM) announced a temporary expansion of services beyond affordable health care for local musicians. Focusing on the immediate needs of their membership will include “rent, groceries, and medical assistance, among others.” Visit www.myhaam.org/covid19 for support or to contribute to the nonprofit. A message calling for donations added, “With the help of our health care partners, every $100 donated results in $700 of direct health care services.”

The Austin Creative Alliance launched an Artist Emergency Relief Fund to meet the immediate needs of local individuals. Grants up to $500 are available to replace lost income due to the coronavirus pandemic, with applications reviewed on an ongoing basis. Find more info at www.austincreativealliance.org/emergency. 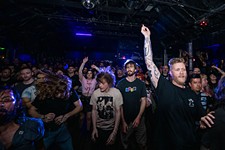