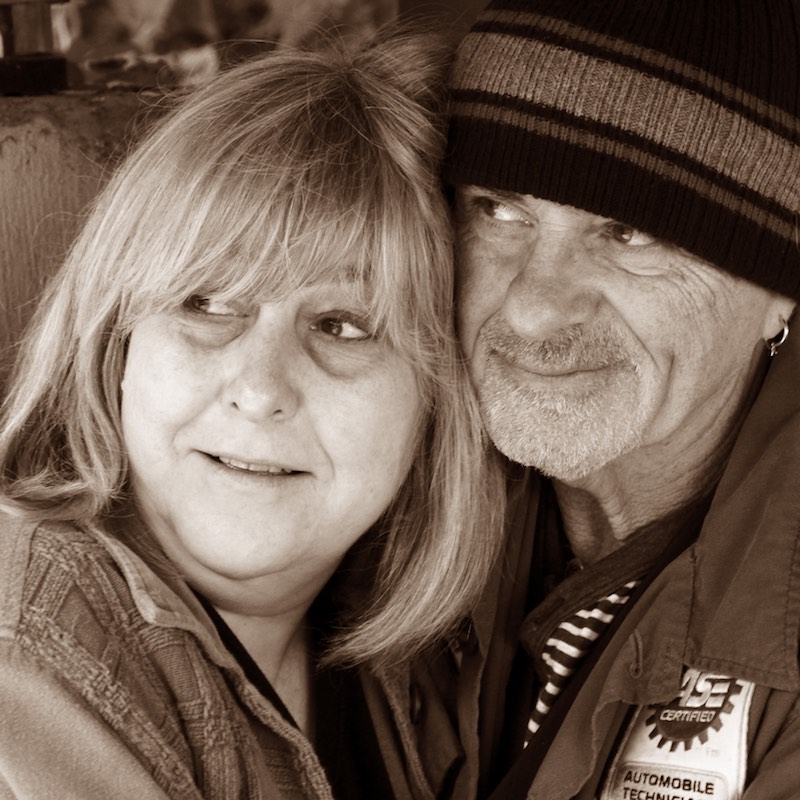 The Carters on the occasion of their induction to the AMAs HOF in 2013 (Photo by Todd V. Wolfson)

The couple penned Stevie Ray Vaughan hits “Crossfire” and “Willie the Wimp,” plus the Fabulous Thunderbirds’ “Why Get Up?” Carter, who’s reportedly kin to country music paterfamilias A.P. Carter, occupies a notable spot in AMAs history for being inducted into its Hall of Fame in 2012 and aiding and abetting the only documented performance of P, which also featured Butthole Surfers frontman Gibby Haynes and megastar Johnny Depp at the AMAs in 1993. Meanwhile, the Margaret Moser Award – recognizing women with impactful roles on Austin Music – goes to Tamara Saviano, who embedded with songwriting legend Guy Clark for years and wrote his definitive history, Without Getting Killed or Caught. Saviano remains a lynchpin of the Americana genre, having produced multiple award-winning tribute LPs as well as co-producing Kris Kristofferson’s Grammy-nominated Cedar Creek Sessions album. She also now serves as director for the All ATX Leadership program, aimed at connecting and cultivating Austin’s music industry.

Country star Jack Ingram, a protege of Clark’s, performs in honor of Saviano.

The AMAs, hosted by singer/guitarist Jackie Venson and comedian Chris Cubas, again occupies ACL Live at the Moody Theater. Tickets for the March 11 annual are on-sale now. Winners of the publicly-voted Austin Music Poll will be revealed and presented at the ceremony.