Friends and family gather this Wednesday afternoon to celebrate the life of Sarah Mac, a brash and loving bartender staple of the Austin music community via her long tenure behind the rail at Hole in the Wall and Dozen Street. 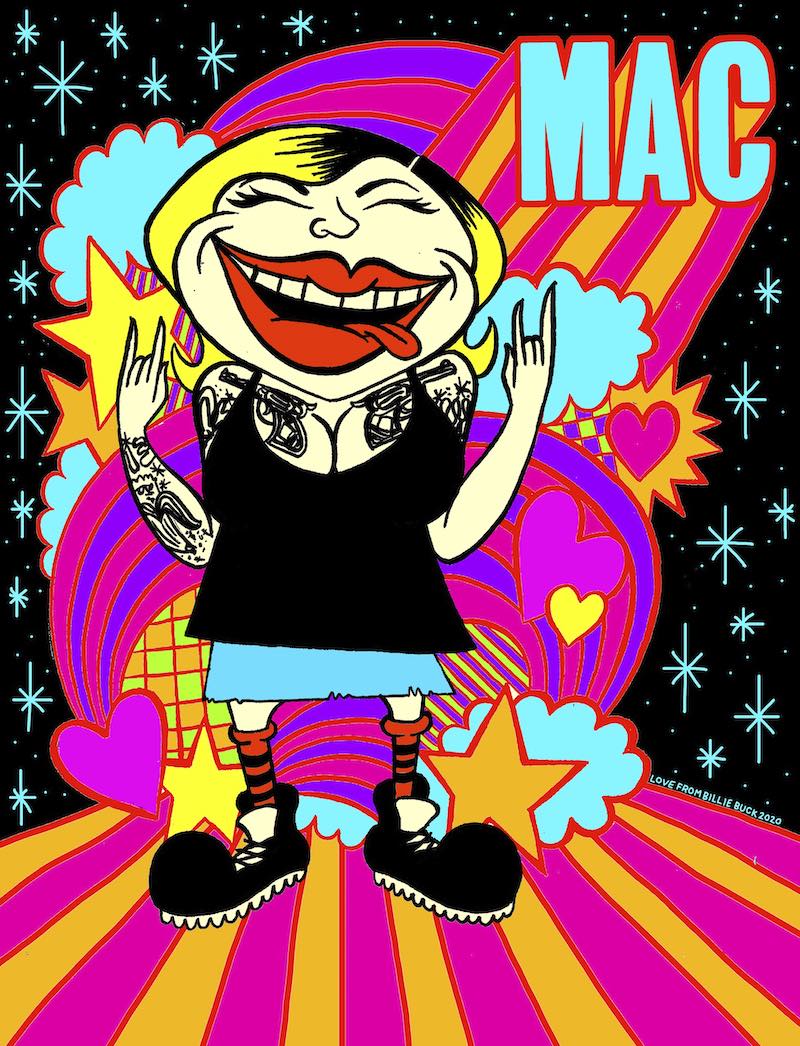 Mac, neé Maclaughlin, died Saturday morning. The sentiment among friends is that she took her life. The night before, she worked Dozen Street’s final concert, headlined Whiskey Shivers.

“Her nickname was ‘Mama bear’ and that was before she was boss, because she was The Boss,” remembers Denis O’Donnell, who managed the Hole in the Wall, where Mac bartended and managed in the late Aughts and 2010s. “It wasn’t just a nickname. It fit because she really cared for everybody.”

Before he worked at the Hole, O’Donnell remembers coming in there to play with his band the Bread and seeing Mac, with her tattoos and punk rock attitude, behind the bar.

“She was the coolest person in the room and all you would want when you played there or hung out there was to make her smile or get some kind of approval from her,” he recalled Tuesday. “And she was tough. I saw her make people cry when they crossed the line, but I saw her cry, too.”

“We were so much alike,” attests Distefano, who hired Mac to bartend at her 12th Street bar and music venue about three years ago. “We were both early-Nineties punk rockers, both in our 40s, both have grown daughters, both tough on the outside and vulnerable on the inside. She was a big softy and, when she was struggling, we tried to smother her with love.”

Distefano credits Mac as a “great bartender” for having the ability to relate to disparate types of people.

“Anybody, from any walk of life, would come in and she could talk to them,” she continues. “It could be a homeless person, an obnoxious group of girlie girls, a tourist couple, it didn’t matter. She was always witty, warm, and full of love.”

Mac leaves behind a daughter and young grandchild. Her family has posted that, instead of flowers, donations can be made in her memory to Austin Pets Alive, of which she was a proud supporter.