Andrew Cyrille Lays His Declaration of Musical Independence on UT 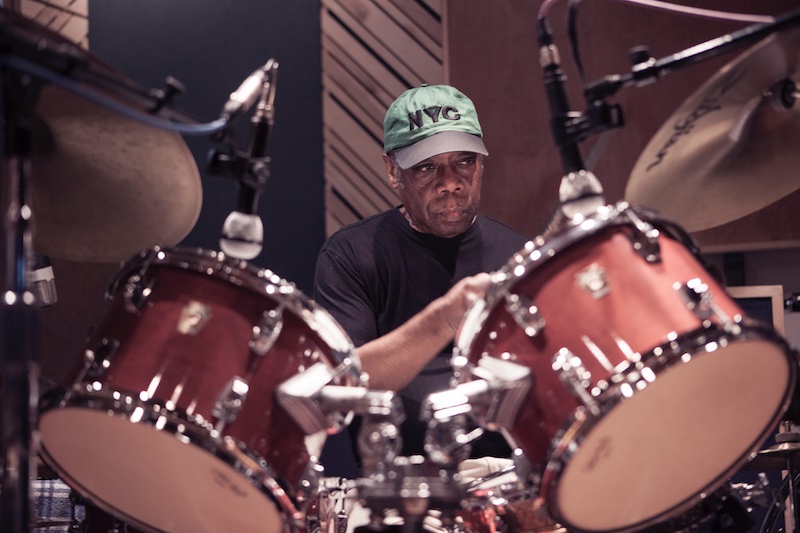 That’s not to mention an 11-year association with free jazz piano giant Cecil Taylor, two decades’ membership in Trio 3 with Oliver Lake and Reggie Workman, and his work as a teacher at the New School of Jazz and Contemporary Music. Given his experience, it’s no surprise that the skinsman brings a world-class group of musicians with him for a rare Texas gig: bassist Ben Street, pianist David Virelles, and guitarist Bill Frisell, a variation on the band that recorded Cyrille’s 2016 ECM album The Declaration of Musical Independence.

Cyrille also returns to Austin with saxophonist Billy Harper on April 19 at the North Door as the second show in Epistrophy Arts’ 2020 season. We spoke to the versatile drummer and composer by phone from his home in his native Brooklyn.

Austin Chronicle: You’ve played with an amazing number of great musicians. Do you have a favorite of all the projects you’ve worked on?

Andrew Cyrille: It’s hard to say a favorite favorite. I’ve worked with a lot of fine musicians. I think of things I’ve done with Mary Lou Williams that I really enjoyed, or things I’ve done with Coleman Hawkins, with Illinois Jacquet. And I’m going back now to when I was 18, 19, 20 years old. I was working with Nellie Lutcher from Lake Charles, Louisiana. That was one of my first road gigs. So when I think about experiences I’ve had with great musicians, yes, there were a lot of fantastic times.

There were times, too, when they’d want me to do certain things and I’d have to practice and learn it. So it’s not so much that I had one particular situation that I enjoyed more than another. A lot of those people were like classes for me, like I was going to school. While they gave me a job because they appreciated me and wanted me to work with them and to help me along, it’s a give and take situation. I give them something, they give me something.

I worked with Babatunde Olatunji, the Nigerian drummer, playing African music, and I learned a lot from working with him. I worked with June Taylor’s School of Dance, and the dancers taught me a great deal about playing drums. I remember one dancer would say to me, “OK, drummer, make my body move.” They would be doing their warm-up exercises and I would have to play certain rhythms that would make them feel comfortable, and that they could do certain things without any effort. I would invent a rhythm for them to dance to that they could count, and then they would have a grand time.

I will say that the person who allowed me to do just about whatever it was that I felt I needed to do in the moment was Cecil Taylor. I worked for Cecil for 11 years straight. With Cecil, I was able to do all those things I learned with Mary Lou, Olatunji, Jacquet, Nellie – all those people. Another thing, too: I had an opportunity to do a recording [Pieces of Time] with Kenny Clarke, Milford Graves, and Famoudou Don Moye. You can’t say it wasn’t a grand experience for me to work with who I think was the king of bebop. On top of that, Max Roach wrote the liner notes. So I can’t say that that wasn’t a great experience.

Kenny Dorham: I just have to mention him. Kenny had a group down in Birdland; I think it was Charles Davis on baritone saxophone, Sylvester Kiner played alto, and I think Richard Davis played bass. Those things are still in my head, and often, when I need something when I’m playing, I just resource what I did with them in order to give the music what it needs. Of course, at this point in time, I’m able to express myself in a more individualistic way with a signature. But at the same time, it’s still part of the grand line I mentioned when we first began.

I’m gonna be doing something with Peter Brötzmann in Knoxville, Tennessee [at Big Ears Festival] come March. I’ve worked with Brötzmann in Europe. We went all over Germany, went to Canada, Austria, England. So as far as my musical life, my musical experience, it’s been a good one up to this point, and it’s still happening. Thank goodness. And let me underline it: I do not take it for granted. I’m very grateful for it, and I respect it, and I do what I have to do for it to continue, which means I learn, I practice, and I respect other musicians.

Austin Chronicle: Besides Brötzmann in Knoxville in March and Harper in Austin in April, what’s your next project?

Andrew Cyrille: [Chuckles] Well, also in Knoxville, I will be doing something with the guitarist Marc Ribot. I’ve worked with Ribot on a couple of occasions. If I remember correctly, one was with Joe Lovano, who I work with relatively frequently – at least once or twice a year. Or Dave Douglas, who I work with occasionally. We just made a record called Devotion with Uri Caine, who also teaches at the New School.

The next project after Austin will be a concert I’ll be doing in France at Sons d’Hiver. They have a concert every year, so I’m going to do that with Enrico Rava, the Italian trumpet player, and William Parker, the bass player. Right after that is gonna be a special project with Trio 3 in another club in New York called the Jazz Standard. On four consecutive nights we’re going to play with four different piano players: Jason Moran, Vijay Iyer, Marilyn Crispell, and David Virelles. So that’s gonna be another exciting event.

Austin Chronicle: You’re obviously open-minded and skilled enough to be in demand.

Andrew Cyrille: [chuckles] Well, to some degree. I’ll say this to you, too: Everybody doesn’t love me [laughs]. If everybody did, I’d really be in trouble [laughs again]. Because you can’t please everybody. But I do the best that I can in the now. 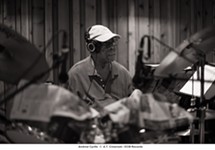