Or is Hamburg’s red-light district fest prepping for the ATX6?

Project ATX6 is an annual music and documentary project exporting six Austin acts to international music festivals. Each trip is filmed as part of an ongoing effort to tell the story of local musicians on the rise. Project ATX6 remains a comprehensive, experience-based music incubator and the key program of Austin Festival Express 501(c)(3). 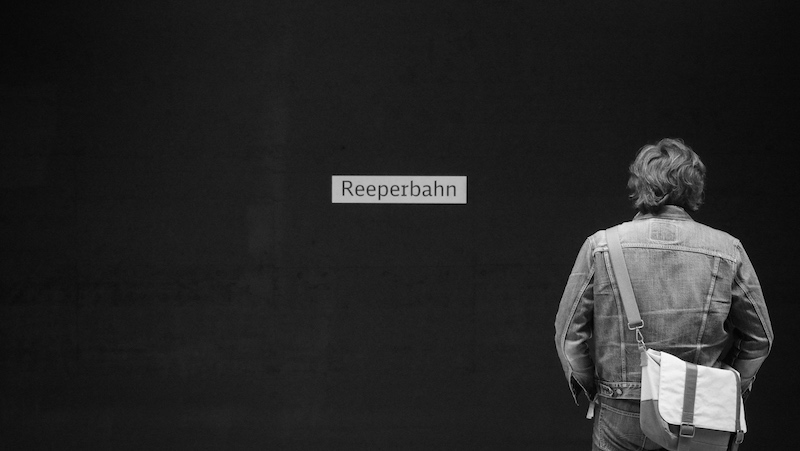 Reeperbahn Festival might be considered the R-rated version of SXSW, located in the same cultural district as Hamburg’s infamous red-light district, the Reeperbahn. Off the tongue, it even sounds ominous. This festival has become a regular destination for Project ATX6 over the last several years because we’ve discovered the incredible attraction that our German counterparts have for music from Austin.

In fact, the festival is legend for our inaugural group of travelers in 2014, which featured Dana Falconberry, Jesse Moore, Carson McHone, Mrs. Glass, Aisha Burns, and myself subbing for Leo Rondeau. We all ventured across Germany by train into an unexpected sold-out showcase at the now defunct Hasenschaukel. Attendance at the show was so impressive that the owner spent three hours frantically slinging drinks with her staff while half of the audience was left standing outside the venue and holding their cameras up to the glass.

“Mrs. Glass. Mrs. Glass. That’s Mrs. Glass,” I distinctly remember one woman repeating as she peered through the crowd.

This video features 2019 ATX6er Cory Reinisch, singer for one of Austin’s most progressive and blazing alt-country bands, Harvest Thieves. He plays the protagonist in this musical rite of passage across Germany’s heartland.

If you could rewind two weeks to the beginning of this story, you’d find Cory working his day job at Waterloo Records. I called to let him know that, due to some opportunistic circumstances, Project ATX6 would be showcasing an artist at Reeperbahn Festival two weeks from that day. The phone rang only twice and I was surprised when he answered. The conversation went like this:

“Course, anything you need.”

“Go to Germany with me.”

He laughed, probably in some sense of disbelief.

And that’s all I needed. Cory rescheduled two shows in Austin at the last minute to go on this journey of train hopping, steins of beer, kissing the Rhine, brothels vs cathedrals, missed connections in Koblenz, Köln, the history of World Wars, and the museum of Germany. 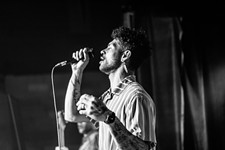