The Deer’s guitarist gets served … someone else’s paperwork 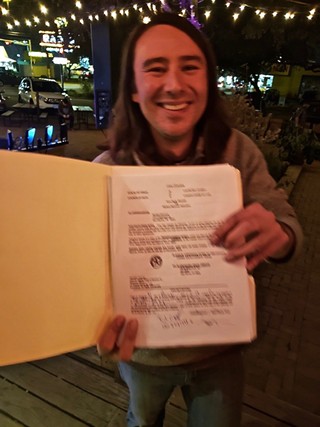 Michael McLeod, aka "Deenyo," at Radio Coffee and Beer, holding the court papers a lawyer mistakenly served him with. (Photo courtesy of The Deer)

Three words that no one wants to hear: “You’ve been served.”

Michael McLeod, guitarist of Austin indie folk favorites the Deer, had just finished sound-checking for the band’s New Year’s Eve performance at Radio Coffee and Beer when a stranger approached him at the side of the stage.

He asked, “Are you Michael McLeod? Can I talk to you?”

McLeod says he felt immediately uneasy by the man’s demeanor, but acquiesced.

“He told me, ‘This is for you and your band’ and handed me a huge stack of papers, then walked off,” recalls McLeod, comparing the gentleman’s self-satisfied disposition to that of a bargain-bin James Bond.

Obviously the “and your band” remark had intended to be an enticement for McLeod to accept the documents because they had absolutely nothing to do with the Deer. In fact, the stack of papers proved to be a court summons for another individual named Michael McLeod, evidently being sued by Frost Bank for not paying back a small remainder of a $100,000 loan. None of the information on the documents, including an unfamiliar San Marcos address, lined up with the guitarist of the Deer.

Radio owner Jack Wilson reports that the would-be process-server purchased a $20 ticket to get into the show and also bought a beer.

According to the signature on the summons, as well as background information from an individual in the legal field familiar with the situation, the papers were served by a debt collection attorney who practices out of San Antonio named Joshua Cottle. Per state and federal laws, attorneys typically use process servers to deliver court papers, but in this situation – likely influenced by the fact very few process servers want to spend their New Year’s Eve bombarding a performing musician with legal docs – Cottle took the matter in his own hands.

As such, the attorney spent his New Year’s Eve driving to the south Austin venue, paying $20 to get in, then handing dozens of pages of someone else’s highly personal information to a musician who happens to have the same first and last name as his actual target. All together, that's the polar opposite of ending your year on a high note.

“It’s easily one of the most ridiculous things that’s ever happened to me at a show,” says McLeod, who also plays in Good Field. “And something we could laugh about as we got ready to play our last show of the year.”

The lawyer did not stick around to watch the Deer, who played to a sold-out audience and collaborated with their onetime banjo player and co-vocalist Roger Sellers, who also performs as the popular minimalist composer Bayonne. Two days later the Deer’s 2019 LP Do No Harm was announced as a nominee for “Album of the Year" in the Austin Music Awards. 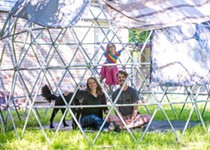 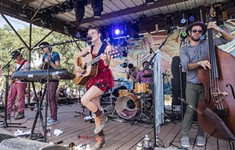