“How many of you are the OG Jonas Brothers fans?” Saturday night at the Erwin Center, witnessing pop sensation Joe Jonas raised on a platform with his two brothers, Nick and Kevin, responded with screams and raised hands. “Now I’m talking about the Texas State Fair [2007], or even at the Fiesta Texas show [2007],” clarified the frontman. 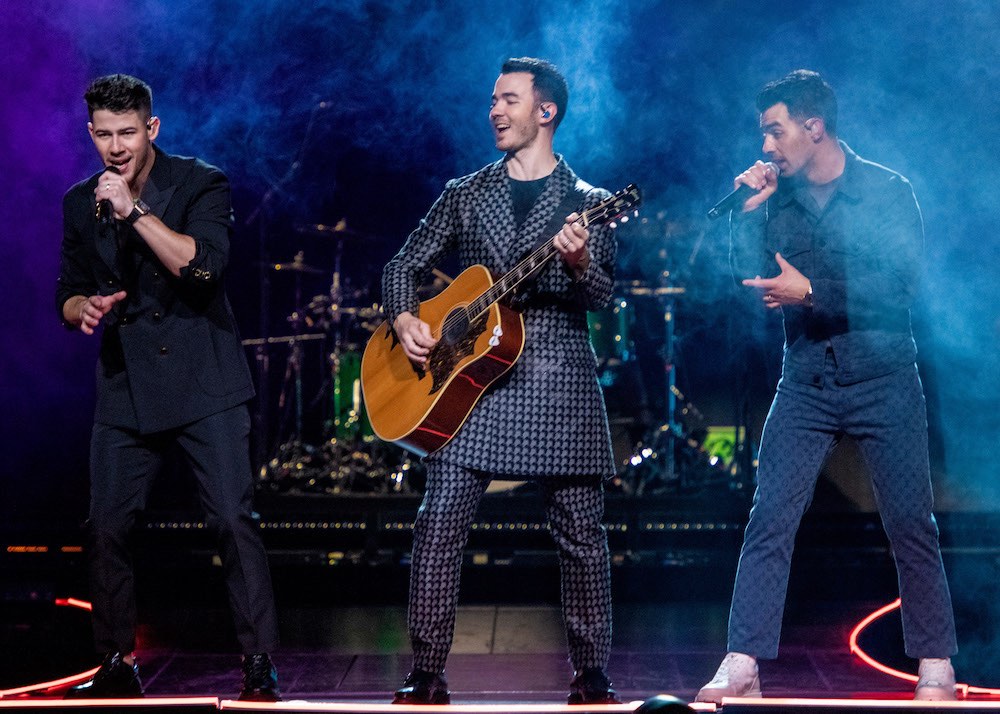 Did the Jonas Brothers ever really leave?

Fifteen years on, girls chaperoned by their doting dads, women followed by begrudging boyfriends, and even whole families turned out in droves to witness the Disney-crowned sib rockers. JoBro fever is alive and well six years after the Jerseyites announced their split.

On a large screen, Nick, Joe, and Kevin walked through sci-fi doors to re-emerge as kids in an abandoned carnival filled with lights, rides, and fireworks. Above the stage, the trio then descended in person from a platform as Kevin cradled an acoustic guitar and Nick and Joe clutched their microphones. They and a six-piece accompanying band launched into “Rollercoaster,” off June’s Happiness Begins.

Opening nailed, the coming-of-age tale in “Rollercoaster” juxtaposed to 2007 throwback “S.O.S.” Its seesaw riff and upbeat saccharine commenced karaoke hour to the band’s first ever hit for the house that Disney built. The boys then settled into Happiness Begins.

New triumvirate “Cool,” “Only Human,” and “Strangers” rode fizz-pop thundering with stomp-clamps first, followed by sunshine-kissed reggae, and topped off by stadium-sized percussion. Setting up a good balance of old and new cuts, the trio went into “That’s Just the Way We Roll,” buoyed by recent Holiday cut “Like It’s Christmas,” which found then donning Santa Claus hats with trademark boyish charm. The acoustic “Hesitate” offset Disney big screener “Gotta Find You” from 2008’s Camp Rock.

The JB’s ability to dive headfirst into Disney material, an image most pop stars would be eager to shake off, exudes a light-hearted self-awareness that’s refreshing in today’s ubiquitous galaxy of stars. Their stadium-sized charisma, honed by those ever-crucial 10,000 hours of dues-paying (albeit on the world stage), kept the packed house wrapped around their finger for just over 90 minutes.

Turning dark again, the big screen behind them lit up with present-day Nick meeting younger Nick as the Erwin Center Nick launched into pomp solo “Jealous,” aided by Joe on the second verse. As photos of Joe and his younger self jumping into a ball pit flashed by, he kicked off his band DNCE’s “Cake By the Ocean,” met with confetti streamers and inflatable tube men. 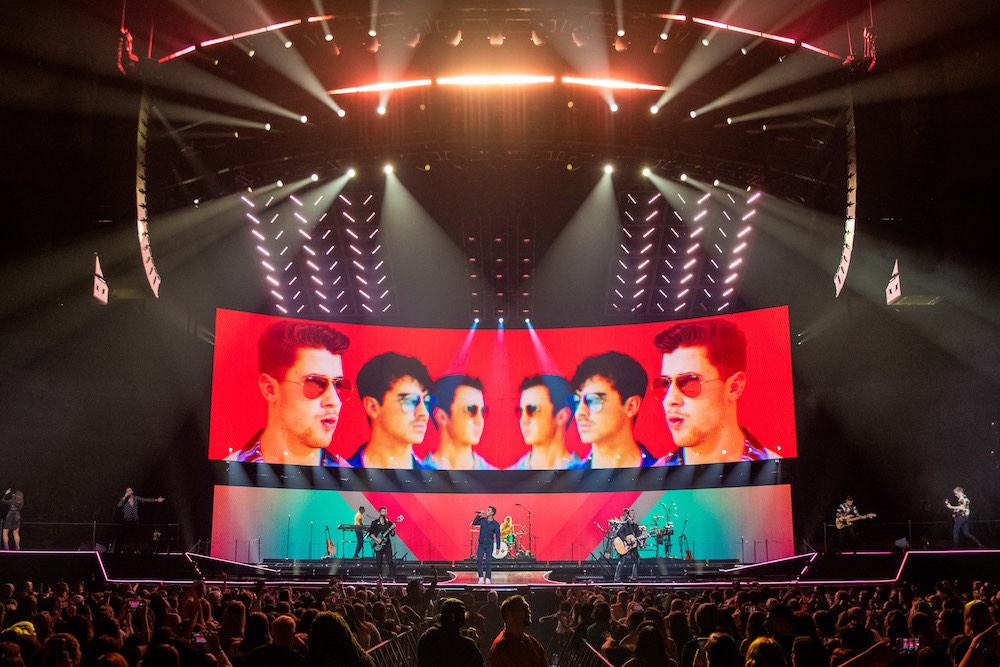 The only one to lack a solo music career, Kevin received the most tender video montage as his young, bewildered self met up with his real self and two daughters. Reunited on stage, they sang an intimate and grand-piano assisted “Comeback” and “When You Look Me In the Eyes.”

The band then launched into a vertiginous time warp that hit like a stun gun, including “Mandy,” “Paranoid,” “Play My Music,” “World War III,” and “Tonight.” They ended the medley with bouncy pop/rock tune “LoveBug,” which saw Nick taking lead guitar duties on the culminating solo.

A testament to their live manifestation, the encore didn’t shoot for pure nostalgia when pre-adolescent anthem “Burnin’ Up” found balance when set against Billboard Top 40 “Sucker.” Maturing their pop-punk debut It’s About Time (2006) and pop-rock Lines, Vines & Trying Times (2009) mainstreaming, Happiness Begins and its accompanying promotion is a culmination of their best offerings, beginning with Nick’s slow-burned R&B falsetto and Joe’s jaunt funk. The unabashed embrace and appreciation of their Disney-wrinkled past now treks down a new path that feels all its own.

See more of David Brendan Hall's photos from the show in our gallery. 4,000
After reaching the five year landmark, the US occupation of Iraq reaches a grim new measure