Atemporal accents and random acts of aggression and oblivion

Sound holds low value in the social contract of the Instagrammable now. Still, the musico-noise bend of Detroit tiger-style Wolf Eyes signed on the dotted line shortly after sundown Sunday for a free Levitation show on E. Sixth Street, their dissonant ruffles bouncing off Volcom Garden’s photo-friendly mirrors and yard of cornholes. 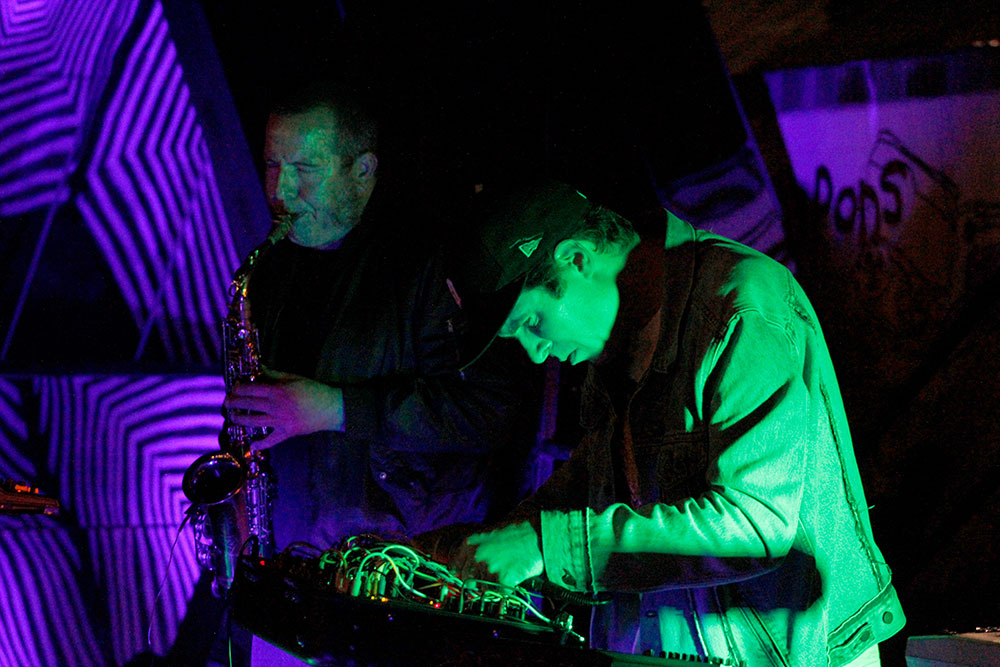 Posted up on concrete in front of the outdoor stage, with monitors turned outward, the trio tested the outlines of lap steel, mod synth, and alto sax, flicking experimental sound around the perimeter of yard conversation. Creating minor surges and ambient scuffles, they sculpted non-haunted sound design as they scraped around the corners of dynamic silence and dodged traditional hardware approaches.

The lap steel acted more as a resonant source to feed scuffs through pedals than a melody maker, and the saxophone’s brass surface and double reed squeaks supplied high and low textures underneath the modular synth’s hard-panned stereo buzz. About half an hour in, Nate Young wobbled nightmare poetics in Lou Reed-esque plainspeak, his dry vocals pinned in the middle of sonic crinkle cuts that casually swelled and spiked in the early evening party.

An audience member clapped his hands in atemporal accents, an action of aggression and oblivion. Even after the show ended, he continued to clap with arrhythmic vigor and violence, glaring red-eyed at no one in particular, an appropriate sense-making gesture in the asymmetry of scatterbrain electronics. 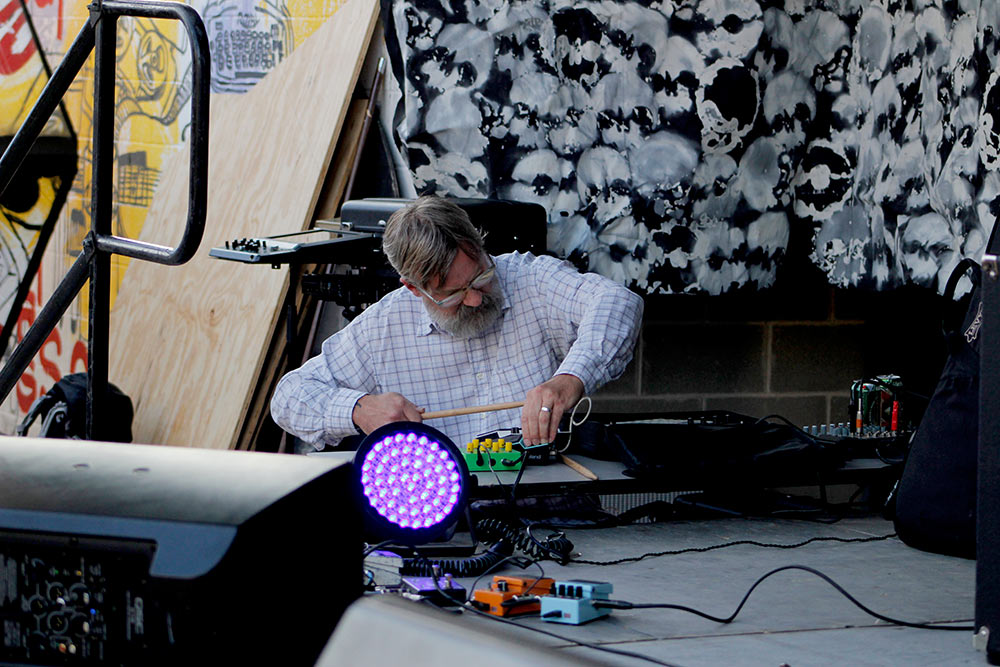 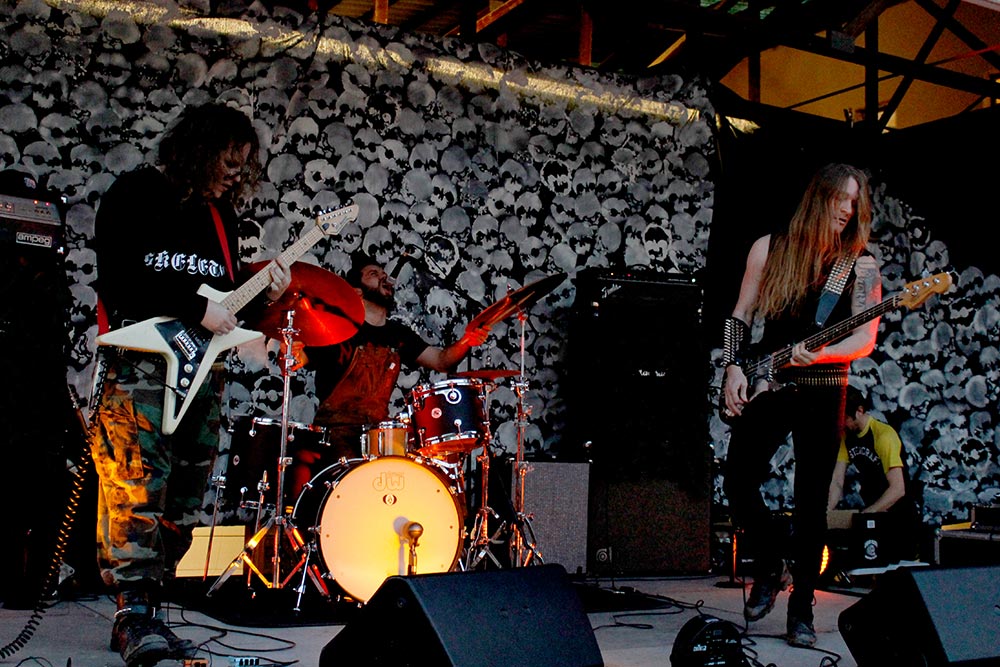 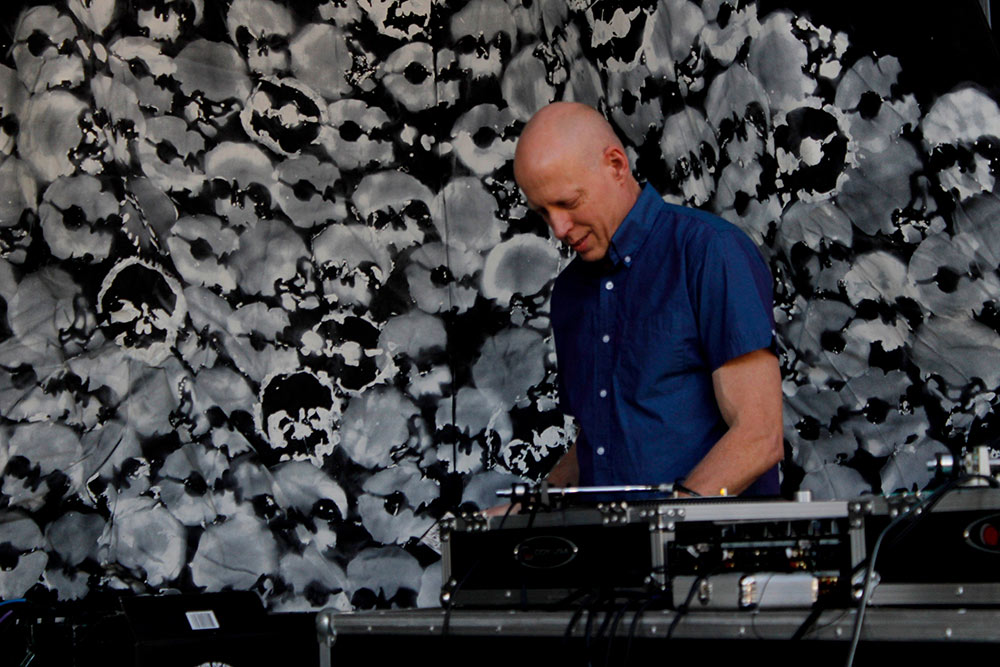