Central Presbyterian Church sat dark upon entry. A deep purple spotlight cast a thorny shadow over the enormous cross upon the back wall, which seemed to loom over the stage more than most shows hosted by the downtown sanctuary. It also set the spell for a packed house Saturday – the contrast of light and darkness evoked by Ioanna Gika and Chelsea Wolfe. 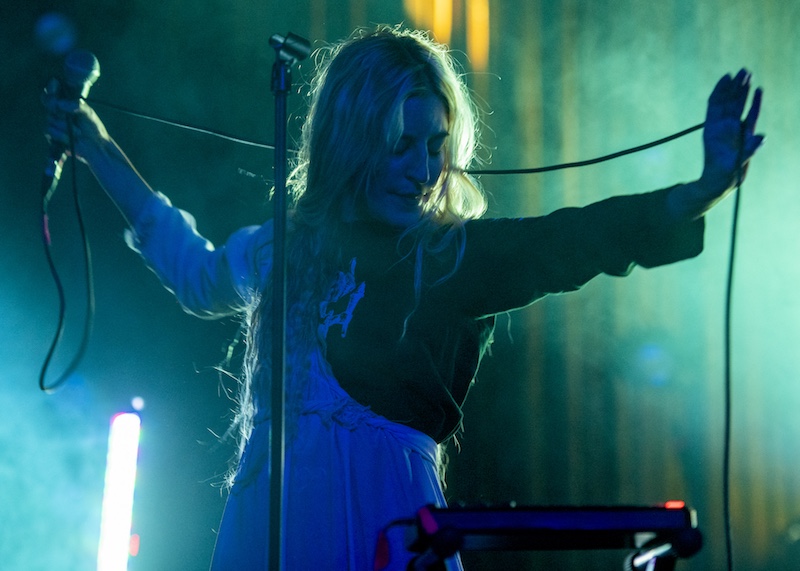 Gika emerged like an apparition, a silhouette in all white as her vocals swelled against the rafters on opener “No Matter What” and the high, ethereal trill of “Out of Focus.” Her lone accompaniment sidestage in the darkness layered pulsing beats, droning keys, and sharp guitar scratches onto the L.A. songstress’ floating voice. The slide from her debut LP’s title track “Thalassa” into “Messenger” soared with an almost Sigur Rós feel.

The siren draped heavenly around the stage through “Swan” and the lingering “New Geometry” before closing with a surging “Roseate” and mystical “Drifting” for a short but gigantic 30-minute set. 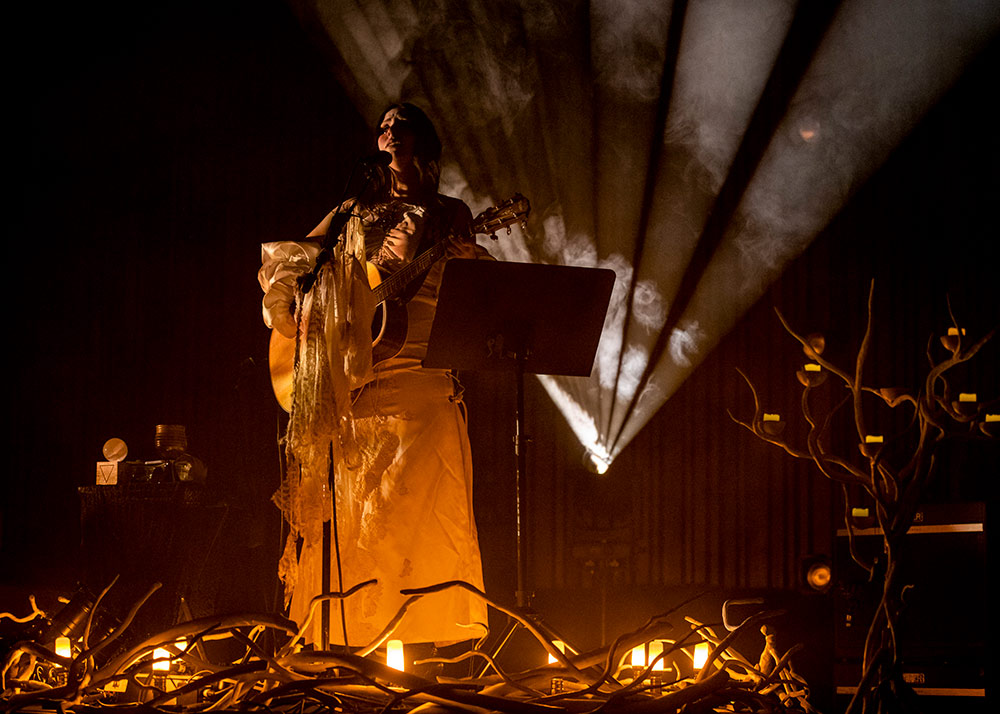 If Gika illuminated angelically melancholy, then Wolfe spun a sinister prophecy – much more understated, but no less stunning. A stage arrayed with dead branches backed Wolfe as she stepped to the encircled microphone and fire lights flickered around her, a witch upon the pyre. Embracing the more acoustic turn of this year’s Birth of Violence, the Californian began with 2011’s Unknown Rooms opener “Flatlands,” though here latest title track, “American Darkness,” set the scene more aptly.

A haunting “Erde” and ghostly “Be All Things” lightened the 13-song, 50-minute set, but Wolfe took full advantage of the setting to dip into older tunes including “Cousins of the Antichrist” and “Pale on Pale.” Her version of Roky Erickson’s “Night of the Vampire” drew special appreciation from the crowd. A quick aside for Joni Mitchell’s “Woodstock” broke the darkly cast spell of the set, but the penultimate climax of “Preface to a Dream Play” swooned back ominously as Wolfe chanted “Hell is on Earth” bathed in a blood red light. 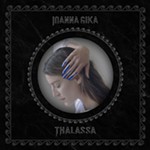