The sound of violence stuns Levitation

Clamp light, plastic drop cloth, folding table… You could probably get the entirety of Lingua Ignota’s stage setup Friday night inside Empire Control Room for $15 at Harbor Freight. With only that and an extraordinary ability to convey desperation and violence, Kristen Hayter delivered the Sargent House showcase’s most cathartic performance. 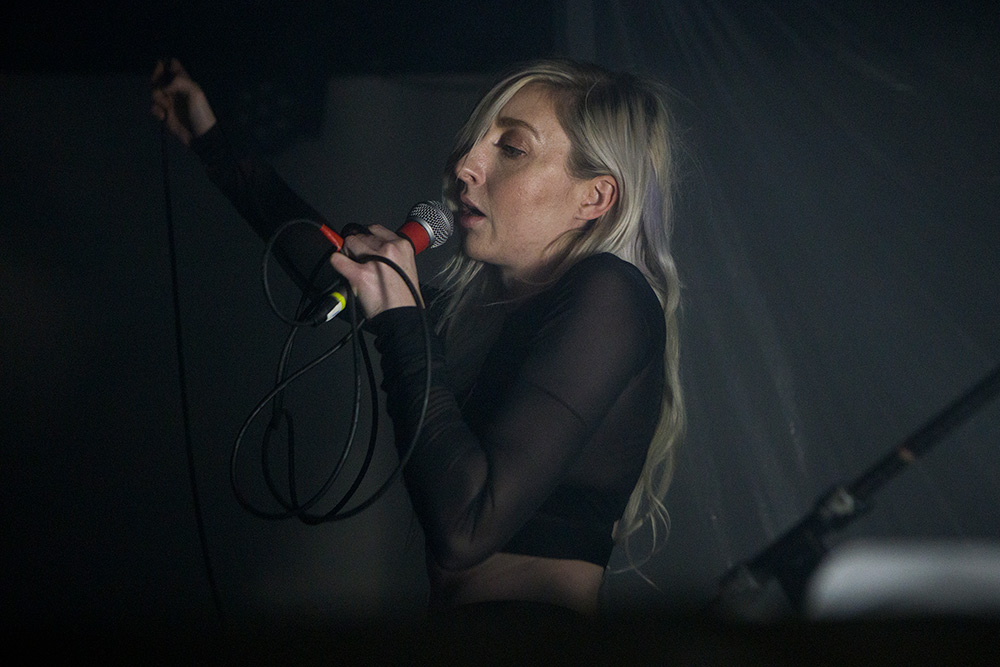 It had been difficult to spot the composer and vocalist upon the opening bars of “Sorrow! Sorrow! Sorrow!” Pitch blackness covered the space and smoke shrouded the stage. With the final notes of the lead track to July’s Caligula, the classically trained singer let her voice break into a deep, subhuman scratch – like throat singing and noise music all in one.

Slipping behind the plastic sheeting, Hayter transformed into a silhouette moaning into a bouquet of tangled microphone cables, her baroque vocal notes orbiting a drone track that sounded like a bagpipe being slowly devoured by static. The light went out, then flicked back on to illuminate her atop the table, grabbing the rafters and screaming, “How do I break you, before you break me?” – lyrics to a piece titled “Do You Doubt Me Traitor?”

No one comes up with better song titles than Lingua Ignota. 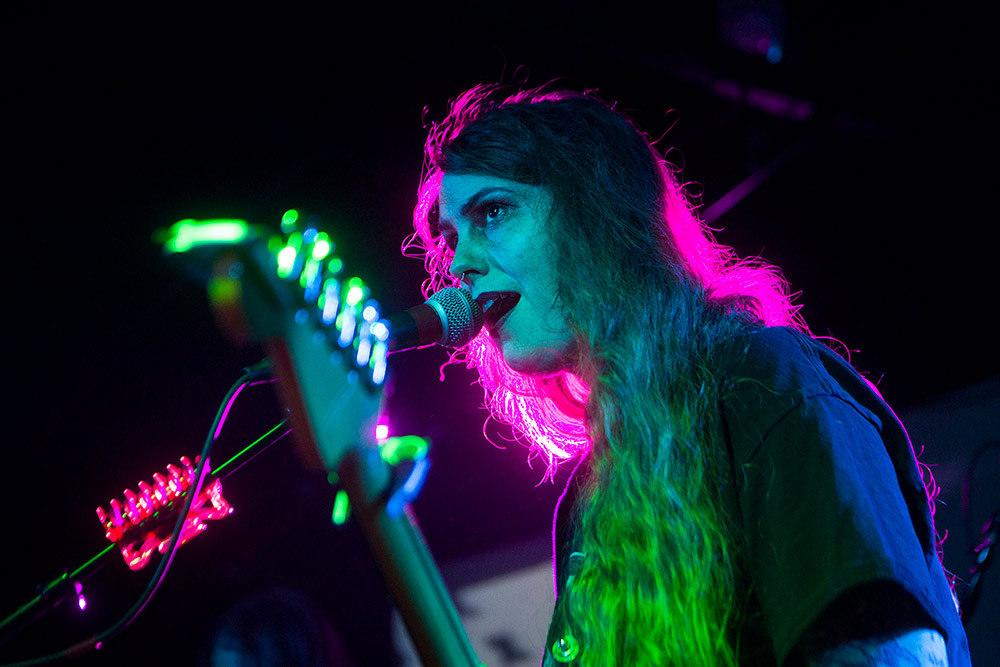 Next, she turned the light on the audience, then waded into the fray, disappearing into the black jacket-clad masses who, an hour before, had witnessed post-rock/heavy-psych songwriter Emma Ruth Rundle unleash her own – decidedly less histrionic – brand of visceral emotional intensity. The crowd looked around, unable to make a visual, but that hardly mattered. Lingua Ignota consumed the room.

When the bulb flashed back on, she reappeared in the back of room, climbing a railing to deliver her next stanza of rage.

Back onstage with confounding speed, Hayter pulsed piano with the shop light wrapped around her neck, illuminating only her hands as she performed “If the Poison Won’t Take You My Dogs Will” behind pitch perfect vocal runs that widened the eyes in the audience.

“Abandon your body, so no man can break it,” she wailed, rising onto the table and covering herself in plastic for a womb-like effect. Extending up to the ceiling, the extension cable around her neck made it look like a hanging.

Then, with the music, out flashed the lights. The crowd stood in stunned silence until someone near the stage blurted out “Thank you. That meant so much to me.”

The house lights came up, but the singer had disappeared.