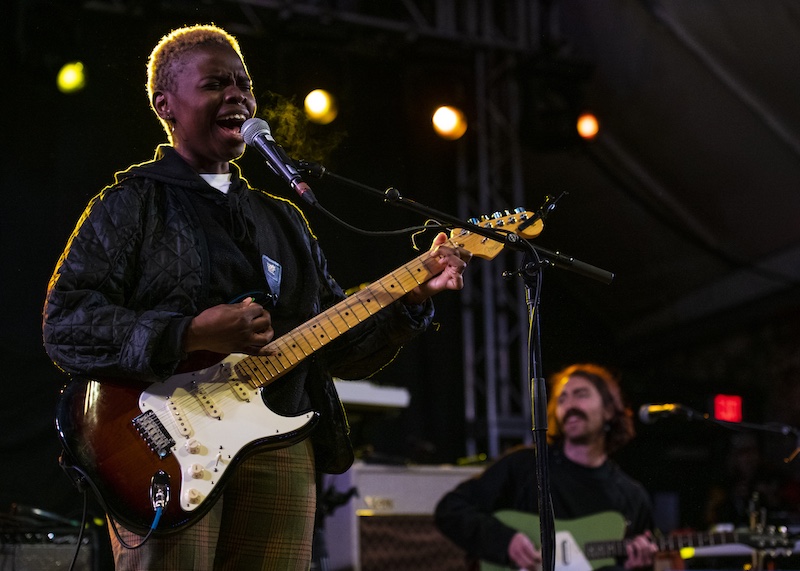 In one fell swoop, a trickling, slow build of Austin music cognoscenti experienced spring, summer, and fall. As temperatures dropped into the lower 40s, winter also visited Levitation’s opening night outside. Frozen fingers grasped tallboys and their owners did the same with the trifecta of onstage talent.

“Vagabon, Angel Olsen – they’re worth it,” Banhart quipped halfway through his hour-long middle set. “Me? Maybe if I play these next songs right.”

Laetitia Tamko began the cycle as Vagabon, with understated elegance developing into grandeur as her 40-minute set wound to a close. Drawing largely from a fresh, eponymous bow, the Brooklyn-based singer punched up both quiet meditations (“In a Bind”) and full-stop screamers (“Flood”). The Cameroonian multi-instrumentalist will undoubtedly take notes from Angel Olsen, who she opens for throughout the rest of 2019, on a melange of textures and volume. 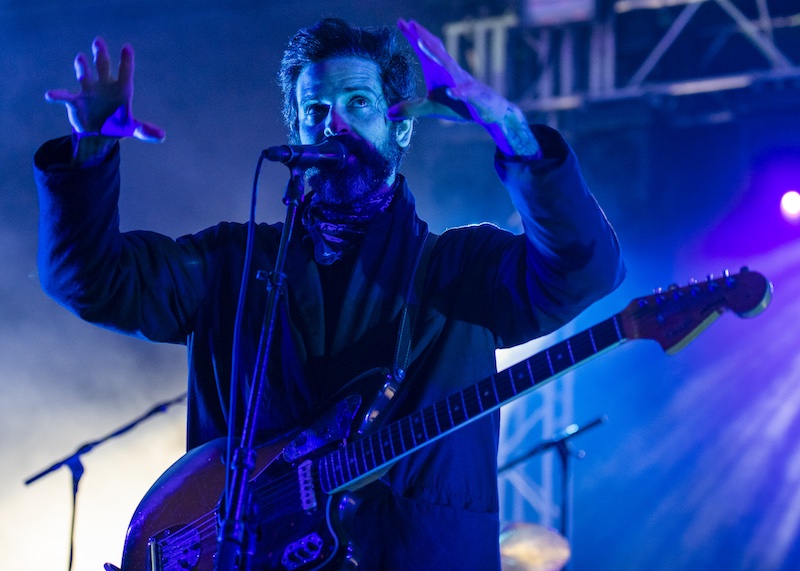 The self-deprecating Banhart followed with plenty of banter – not one but two inexplicable laments about the dearth of remixes of the Friends theme song – and a playfulness that loosened up the growing crowd. Couples did a quasi tango to “Mi Negrita” and the doo-wop crooning and five-part harmonies of “Shabop Shalom.” People cleared space with their elbows for the disco-inflected, tubby bass of “Fig in Leather,” on which Banhart strutted between his four bandmates and punctuated lines with yelps and fluttering fingers. 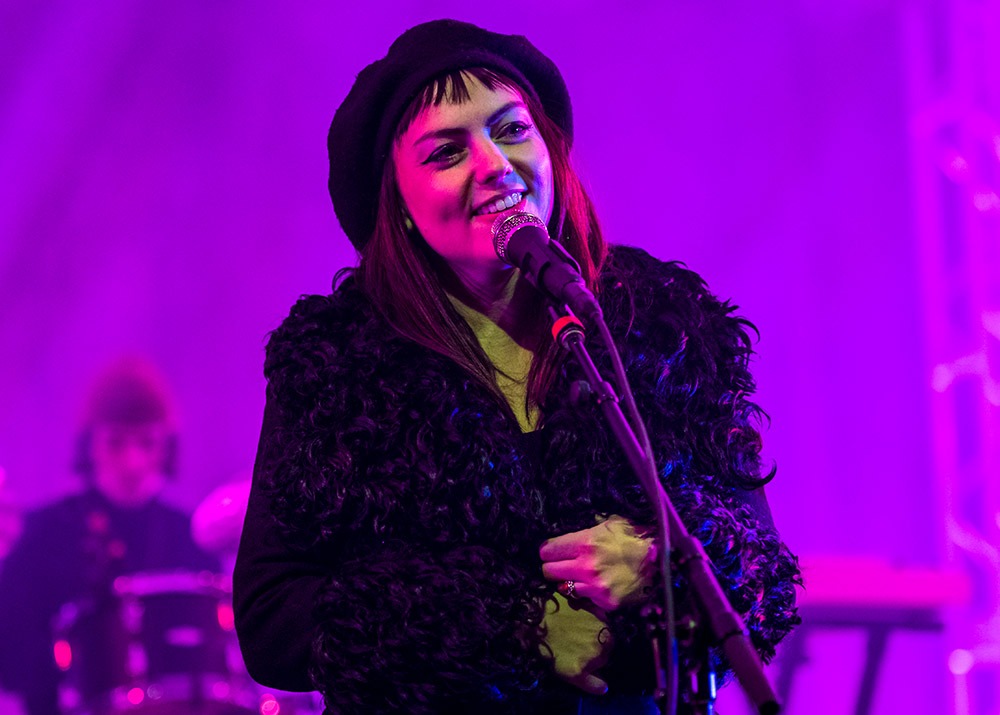 The clear draw for a crowd that pressed in toward the stage, she and all six of her bandmates, head-to-toe in black, launched into a lush set drawing mostly from October’s orchestral All Mirrors. For a little over an hour, her fourth studio LP’s ambitious soundscapes burst to life through every inch of every instrument onstage. Violin and cello acted as the heavy hitters, lending ghostly whines to “All Mirrors,” the cleanest translation of the new album’s ethos, and smoothing out the bandleader’s crunchy guitar licks in “Spring.”

Percussion also helped build tension and crashed to conclusion slow builds including “Lark,” which relied on the breaking point between restraint and open floodgates.

Olsen played confident director of it all, her quivering alto swooping from a whisper to a roar for the non-stop drive of 2016 fan favorite “Shut Up and Kiss Me.” Those brief nods to material outside of All Mirrors underscored Olsen’s recent shift. Leaves are turning, and, as Stubb’s felt Thursday night, winter awaits. 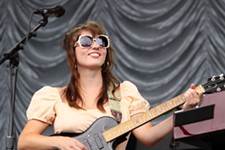 Angel Olsen
An operatic Patti Smith or just a daydream? 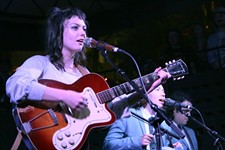 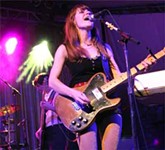