Tyler, the Creator Blooms at the Erwin Center

The blossoming of Tyler Okonma continued at the Frank Erwin Center on Tuesday evening. The concert marked Tyler, the Creator’s first visit to Austin in almost six years. 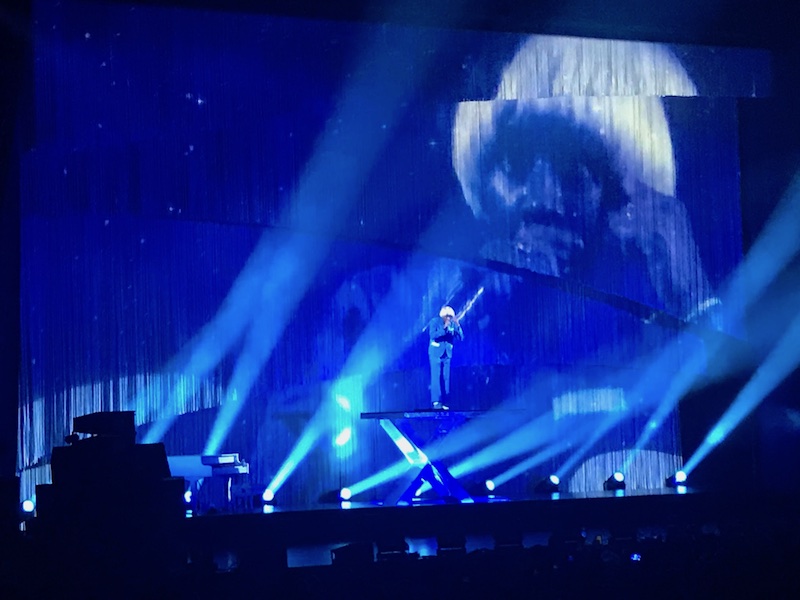 “Three cops came out of nowhere and grabbed me. I ain’t been back since,” announced the 28-year-old rapper-producer in reference to his 2014 arrest for touching off a riot at South by Southwest. To put his commercial elevation in perspective, that melee occurred at the approximately 1,000-person Scoot Inn due to a lack of room for his fans. The Erwin Center holds 7,820 for theatre-style shows where the arena splits in half.

“At first, I was like, ‘Fuck Austin,’ but then I was like, again, I love y’all’s muthafuckin’ city,” admitted the native Southern Californian. “So I came back. I’m here.”

There’s a mutual affinity between Tyler, the Creator and Austin, but the Red River arena felt utterly lifeless until 9:15pm. Empty seats bled orange in some bowl sections near the floor. The headliner himself later joked about there being “eight people” down in the lower areas. Dim orange lighting and peaceful music leading up to the MC’s entrance prompted an audience predominantly around drinking age into doing the wave and brandishing their phone lights to stay engaged.

After growing anxiousness, the arena lights went out and “Igor’s Theme,” opener to May’s critically acclaimed Igor, dropped. A collection of shrieks followed and there stood Igor himself, clad in a blue-fitted suit and blonde wig. He’s come a long way from the cap-wearing punk skater of 2014.

The echoed, deafening shriek of “Igor” into his mic woke up tired students as they serenaded a still Igor for a complete rendition of the intro. Staticky synths turned into a thunderous bolt of sonic lightning. One word instantaneously jolted thousands.

No DJs, backtracks, or live bands are necessary when one man wields that much power. 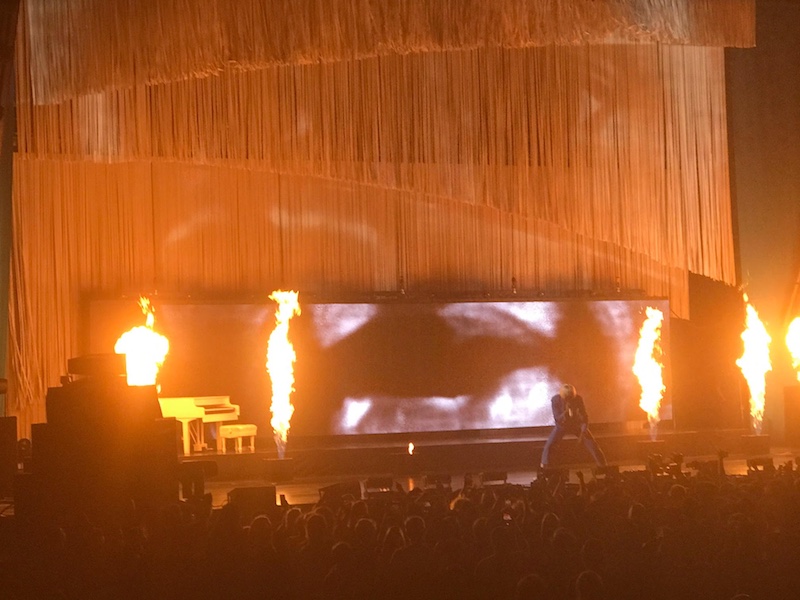 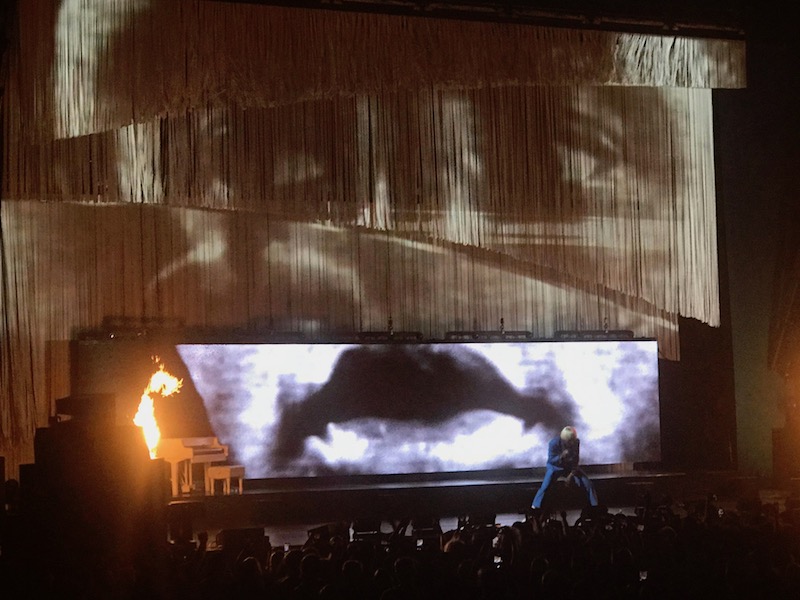 From there, the co-founder of hip-hop collective Odd Future put on an 85-minute, one-man masterclass, stopping only briefly to talk to the audience in a manner that demonstrated his trademark sarcastic charm. A simple design of bright, flashing lights and a curtain – later pulled to reveal a screen with a curtain-like pattern sectioned off into four perpendicular parts – accompanied him. He also performed as his own frenetic dancer and emotive hype man, constantly flailing about the stage. “Puppet” caused him to contort in ways thought humanly impossible.

He photocopied a page from the game book of one of his influences for hit single “Earfquake.” A near four-minute piano solo built up suspense akin to Kanye West’s singular note on an MPC for “Runaway,” forcing everyone to join in the lovably bad yet all-inclusive singing on the track. Other anthems such as “New Magic Wand” also received remixed intros.

Though Tyler has admitted to some of his earlier projects aging poorly due to their obsessively crass and violent nature, songs from albums such as Goblin (2011) and Wolf (2013) got play nonetheless to appease an Austin crowd who hasn’t seen him in years. So there he stood in a blue-fitted suit and blonde wig, rhyming along to the gritty, Nineties New York City bassline of “Yonkers,” homophobic slur and all. Locals knew every word and, if anything, proved that his massively large cult following only increased after Igor’s LGBTQ-friendly story arc and soft melodies.

Drenched in sweat, Tyler, the Sheriff took a bow to a thunderous ovation and exited in a much more peaceful way than earlier this decade. This time, he left the beautiful showcase of a man who’s matured without glossing over his past. Tyler Okonma’s career arc demonstrates the sheer power in finding comfort within one’s identity. 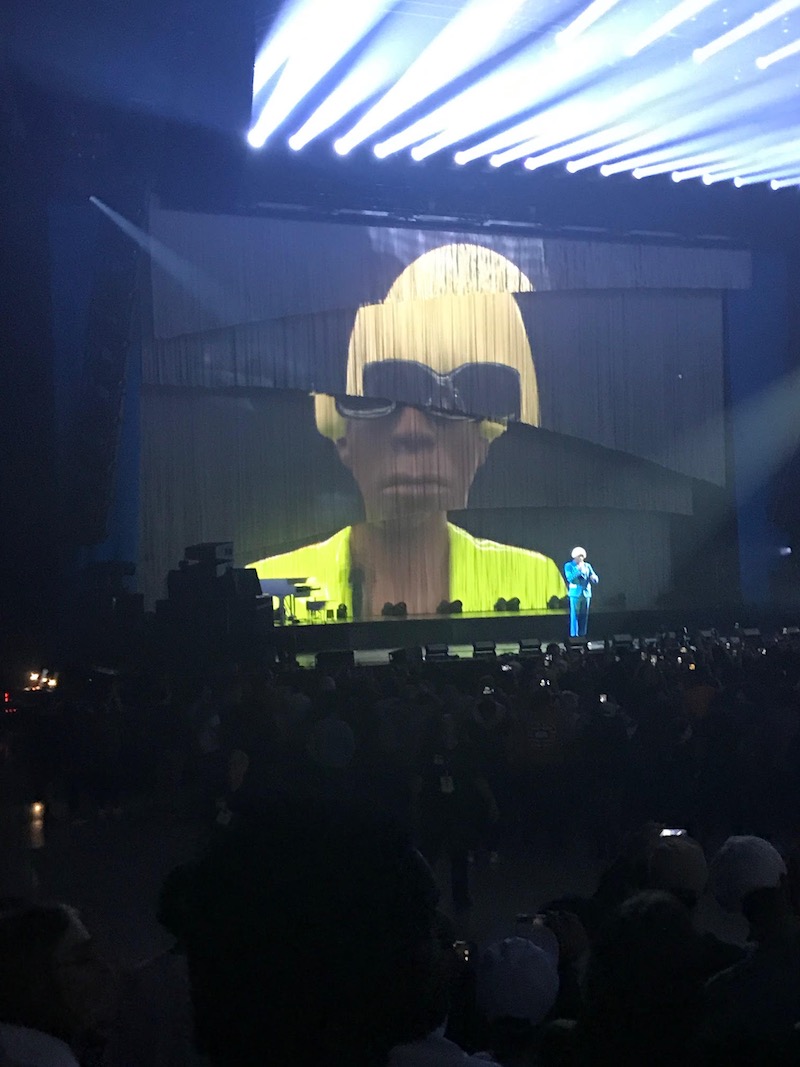