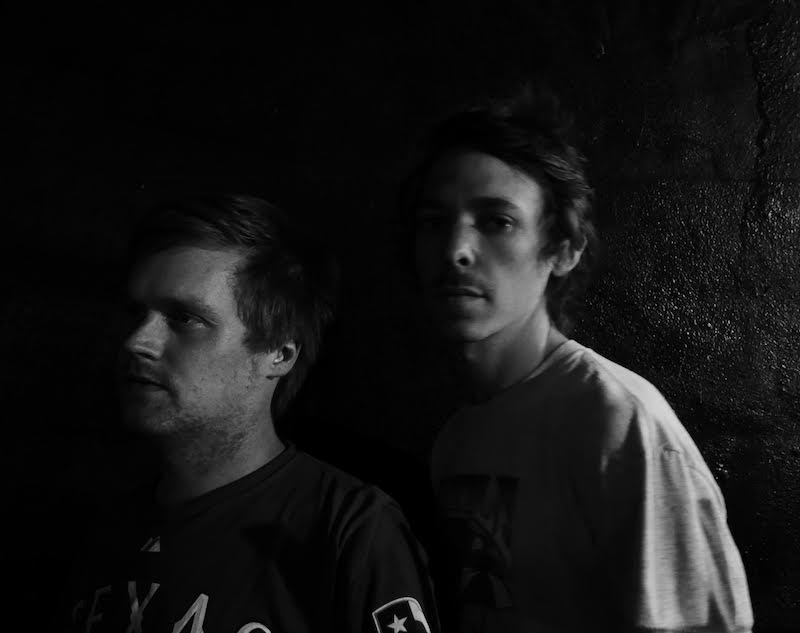 Immensely talented, dysfunctional, and under-appreciated, Berkshire Hounds broke up in 2015 without even saying goodbye. On Thursday, original members Jim Campo, Spencer Garland, Jordan Cook, and Z Lynch reunite for a blow-out at the Hole in the Wall – their first performance in nearly five years.

With a new album in the works, Campo and Garland sat down with the Chronicle to discuss Berkshire Hounds past and future.

Austin Chronicle: So, it’s never been addressed: Why did Berkshire Hounds break up?

Spencer Garland: We weren’t getting along. When we began taking the band on the road, we started getting annoyed with each other. It was a point of immaturity too. Instead of problem solving or talking it out, I just walked away.

I think I felt more competitive with Jim back in the day and maybe I didn’t admit it. Now I just admire the dude. I’m still jealous of how he can play.

Jim Campo: Likewise. There’s a lot of personalities in the band that led to it being the wild show that it was. We started when I was 19 and Spencer was 20 – Z and Jordan too – and now we’re all different people. I think we’ve definitely matured slash just been beaten down over the last five years and we realize what we want and don’t want.

AC: Jim, you got mad at me when I wrote in the Chronicle that Berkshire Hounds had broken up with the line, “When found day-drinking at Spider House last week, Campo admitted his bandmates abandoned him because they’re ‘sick of his shit.’”

JC: [The news clipping] got taped up everywhere that I worked – including Spider House… and fuck Spider House. Obviously hindsight’s 20/20, but it was probably a good thing Berkshire broke up when it did. Spencer went on to do big-boy musician jobs and we both got a taste of working with professional musician types who showed us that you don’t have to take scraps. There is such thing as a rider, practicing regularly, and surrounding yourself with people who are positive.

AC: What is the extent of the Berkshire Hounds reunion?

JC: We’re trying to sell songs to Walmart. Get some of those sync deals, you know?

SG: So there’s going to be a lot more whistling in our songs now.

JC: We’re definitely going to do more shows, but I think it’ll be different this go-round. When we started the band, it was just take every fuckin’ show that is ever presented to you. Back then, Spencer and I were living together and working together, so we were basically around each other 24/7. We’d collectively get cut from Jimmy John’s. We’d tell our boss, “Dude, we gotta to lay down overdubs today” and he’d be like, “Just fuckin’ do it,” while slicing cheese. “Get out of here, I love your band!”

AC: So the difference is now you don’t have to get permission from your manager at a sandwich shop to have practice?

SG: I think what that really means is we’re a lot more intentional now when we get together.

JC: The music reflects it too, because we have time to think about how songs are structured rather than, “Here, I have an idea, let’s put it on wax” like how it used to be. This album will probably reflect that. We have the arrangements more structured in our head before we record it.

SG: Also, in the four years we’ve become better songwriters. Not that we sucked. I think we’ve learned to cut the fat a little more.

AC: Does this reunion impact your 99-year contract with the Austin Music Industry Awards, which has been the only Jim and Spencer gig for four years in a row? Your musical roasting of our winners is a favorite part of that show for a lot of people.

JC: I love that show, but the last one in particular – and I’m not trying to say this to act like I’m fuckin’ hard or promote drinking – I really don’t remember the last half of that show. Like at all. I was nervous and there was all this free Tito’s back there.

AC: Do you remember when Nine Mile Records won Best Local Label and you played them up with a two-minute version of the Proclaimers’ “500 Miles” that kept seeming like it would end, then when they stepped up to the podium, you’d start it up again?

JC: That’s about when I started fuzzing out.

AC: Tell us about the next Berkshire Hounds album.

SG: We have five songs written and being recorded. We’ve already released “Don’t Doubt the Team” and another one, “Let Me Be Your Sherpa Tonight,” is coming out after the show.

JC: The other thing that happened in the last five years, along with our songwriting progressing, was Spencer got really fuckin’ good at recording. I’m trying to open up a studio, but it pales in comparison to what Spencer has been doing. He did the Chronophage record and Will Maxwell’s solo album. It think the production on this one is going to be better than any of other Berkshire records.

SG: We have to record ourselves. Otherwise it just comes out wrong. I like home recording and taking the time to make weird edits. It’s actually been really slow – we started in October of last year – but it’s felt casual and really fun.

JC: Did we really start it in October of last year? Holy fuck, that’s actually pathetic then.

Berkshire Hounds headline a dense lineup at Hole in the Wall tomorrow, Thursday, alongside Mean Jolene, Otis the Destroyer, the Oysters, and Annabelle Chairlegs. 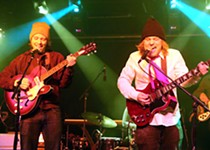