German-born Brit, Max Richter just returned from a full-length performance of 2015’s Sleep at the Great Wall of China. He samples his score to HBO’s The Leftovers, along with a one-hour version of Sleep, at ACL Live on Friday. He also emailed us about what he and his children listen to, and his wishes for an overthrow of classical music’s performance spaces. 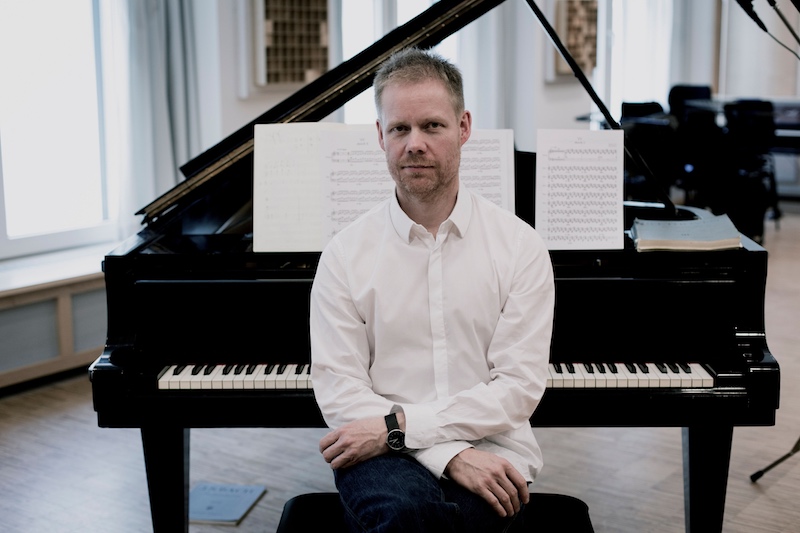 Austin Chronicle: What can the audience expect from this performance of music from

The Leftovers and Sleep?

Max Richter: I’m performing these two works with a five-piece string ensemble, Acme. I’ll be playing piano and electronics, and we will be joined by the soprano Grace Davidson. I’m really happy to be playing with these musicians, because they were the original ensemble on the recording of Sleep. Additionally, we’re playing a selection of music from The Leftovers, one of my favourites among the soundtrack works I’ve been doing over the last few years.

AC: During the 8-hour performance of

Sleep, the audience is encouraged to actually sleep. During the 60-minute version, how should the audience behave?

MR: I don’t want to prescribe how people encounter my work, but rather I prefer folks to find their own way. Actually, I’m very interested to hear people’s experiences. For my own part, the shorter version of Sleep that we’re performing comes from a realization I had while making the full-length version: namely that there could be a path through this material that made sense to an active listener.

AC: Have there been any audience mishaps during the 8-hour

MR: Very many! Perhaps my favourite is the guy at our Berlin show, wearing a tiger onesie, who just stood motionless at the front of the stage for about three hours.

Sleep came about partly because one of your creative partners would watch your concerts very late at night due to the time change. In that vein, Sleep seems like a natural extension of an organic event. Did you consider creating an experience that would be called, for example, Dance, or Astral Project, or anything besides Sleep?

MR: That’s true. Years back, my wife and creative partner Yulia would often listen to my concerts streamed from other time zones, and that sparked my interest in this as a potential musical project. I don’t have any other event works in mind. Honestly, I’m still trying to figure out what Sleep means for my creative practice as a whole.

AC: You performed the full version of

Sleep at the Great Wall of China on October 4. How does it feel coming back for the short version afterward?

MR: It seems insane to say that performing a piece that lasts more than an hour feels fast, but that’s how it is for us musicians coming back from playing the full overnight version.

AC: What essence does the edited version of

Sleep have in common with the full-length iteration?

MR: Sleep itself is a gigantic theme and variation structure, and this shorter version retains that principle. The path through the material is more direct, but the overall musical materials are the same. The two versions put their emphasis on different aspects of the material though. The “short” piece has more music that engages us analytically or actively, while the full-length piece has more material which you inhabit in the way you would inhabit a landscape.

AC: What most satisfies you about performing

MR: For me as a performer, the most satisfying thing is to see the audience gradually drifting off and settling down,until we get to a point where it feels like, rather than us performing a piece of music to an audience, we’re rather accompanying something that’s happening. I love that feeling. 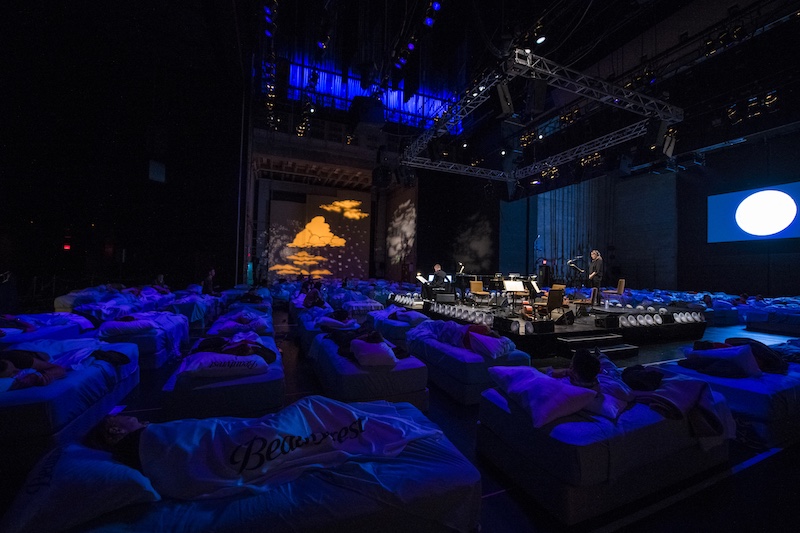 AC: You’ve said before that you created

Sleep partly to break the rules of ritualized live music performances where everyone behaves a certain way. Could you elaborate?

MR: There are all sorts of rituals in music performance that get in the way of us actually hearing the work, for example the strict rules about silence in classical concerts. Personally, I’d like to remove all the “should” aspects from our experience of music, so that we can just encounter the sounds.

Sleep comes from a space that encourages people to unplug from nonstop productivity.

MR: One of the things that started me writing the work was the realization that we were, perhaps rather uncritically, moving toward a culture which, although suited to corporations very well, eroded some basic human experiences. That really valuable speculative “not really doing anything in particular” space has been taken from us by our screens. Or actually, we have taken it from ourselves. Insomnia is on the rise. We are wired.

But we are more than units of production and consumption. Sleep is a manifesto for a slower pace of existence in that sense. My hope is that the project can work as a sort of pause button on the digital universe. An invitation to step off the hamster wheel for a moment.

“ Sleep itself is a gigantic theme and variation structure, and this shorter version retains that principle. The path through the material is more direct, but the overall musical materials are the same.”

AC: How do you choose soundtrack projects to be involved with? Do they more or less just need to be fascinating dramas?

MR: I don’t have any rules about the kind of soundtrack projects other than I need to fall in love with them in some way. All my work, whether the albums, ballets, instrumental works, or soundtrack projects, has behind it my overall feeling of what creativity is really about. My sense is that creative works, not just music, have the potential to elevate our experience of being in the world. Therefore, I’m drawn to the kinds of subjects and stories that reflect that in some way.

I believe creativity has an important social function and I need to be happy to take responsibility for the societal impacts of my work, so this determines the sorts of things I take on.

AC: What are your next projects that listeners can look forward to hearing?

MR: James Gray and Brad Pitt’s wondrous Ad Astra is out at the moment. It’s a beautiful piece of work, and it was a great pleasure to be a part of that. A bit further down the line, there will be the second season of HBO’s My Brilliant Friend, which is absolutely stunning.

AC: Do you have any politically motivated/charged projects you’re working on?

MR: I’m working on a new project for later in 2020, very much in the vein of my other solo albums Memoryhouse and The Blue Notebooks.

AC: Who are your favorite classical music composers today?

MR: Tough question! There are a lot of people doing beautiful things. Among the older generation an obvious choice is Arvo Part, whose music has tremendous impact. Hans Abrahamsen, Meredith Monk, John Adams, and George Crumb are others I’m very fond of. John Luther Adams is a singular visionary. All three Bang on a Canners – Michael Gordon, Julia Wolf, and David Lang – have written stunning works in recent years. Caroline Shaw is obviously a great talent. Among the Brits, Thomas Ades is a favourite.

AC: Do you listen to on tour?

MR: Yes, sitting on tour buses and airplanes is perfect for catching up with things.

AC: What are you currently listening to?

MR: It’s the Beethoven anniversary year, so I’m revisiting a lot of his music, which is a huge pleasure. Aside from that, I’ve been listening to a lot of Little Richard and his contemporaries lately. I love the rawness and energy of that material.

AC: Do you have any favorite electronic artists?

MR: I guess Arca and the Haxan Cloak would be a couple I’ve enjoyed recently. Kaitlyn Aurelia Smith too.

AC: What about favorite rock bands or other genres?

MR: Khruangbin are a bit of a favourite right now.

AC: Any “guilty pleasures” you would admit to?

MR: King Gizzard are definitely a pleasure, guilty or not.

AC: You’ve said you don’t sleep to music. Is that still true? Have you attempted sleeping to a recording of

MR: I haven’t tried it. For me, the experience of Sleep is, rather paradoxically, about trying to stay awake, because I have to keep playing, so I don’t want any part of my brain thinking it’s OK to nod off.

AC: What do your children like to listen to?

MR: There’s a lot of pastoral psych rock in our house at the moment. Vashti Bunyan, Nick Drake, the Mamas & Papas. Good vibes! 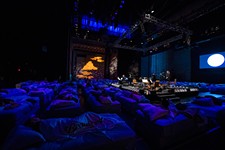 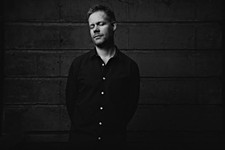