Malibu tears at an Austin sunset

Shrouded in fog, indie-pop threepiece Lany took over the Vrbo stage one last time for the second Sunday of ACL Fest – again opposite Lizzo. 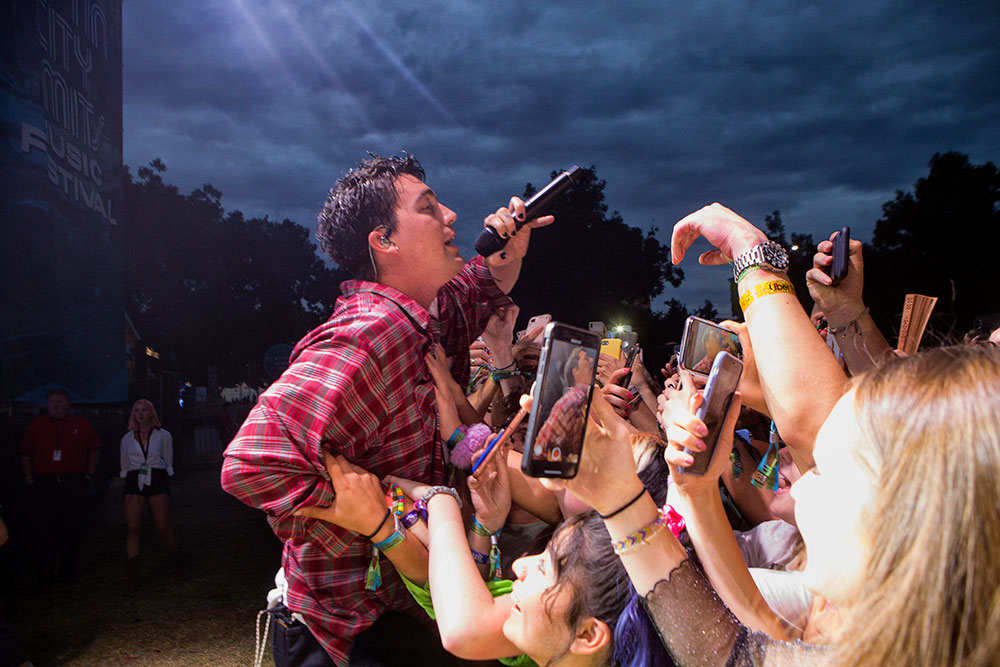 At the stroke of 7pm, the Los Angeles trio commenced an attention-getting hourlong set by leading off with the first track to 2018’s sophomore full-length, Malibu Nights. With the crowd of coeds singing “Thick and Thin” back to him, frontman Paul Klein danced across the stage passing in and out of the artificial mist.

Cloudy skies didn’t stop sunset from engulfing the evening performance. “Made In Hollywood,” from second EP Make Out, seeped bright orange and sweet yellow, highlighting the silhouettes of drummer Jake Goss, guitarist Charles “Les” Priest, and touring guitarist Giuliano Pizzulo lining the rear of the space. Klein took his place at the barricade, fielding hopeful hands reaching out to him.

“Weekend two is better than weekend one,” the 31-year-old confessed to elated cheers. “Last time we played two weekends was at Coachella. This tops that.”

From slow and chill (“13”) to a bouncy, shade-filled diss track (“The Breakup”), dream-pop grooves overtook everyone, front to far back. The throng kept dancing down to the last note.

Whether at the keyboard, mic stand, or on guitar, Klein dealt passion and purpose. Backed by the projection of a starry night, the singer doled out compliments and happiness throughout “Malibu Night.” Phone lights waved in the air, friends swaying to and fro to the beat of the drum.

In the final emotion-filled minutes, “Thru These Tears” rolled down faces in the crowd, some sobs escaping as lyrics of lost romance and new beginnings rang through Zilker Park. For a moment, love and heartbreak became tangible beings, and ACL Fest felt them so badly.