His Gretsch White Falcon gleamed centerstage as his fourpiece strummed Duane Eddy-worthy chords through fog machine sputum. After a few sluggish bars, Orville Peck strode onto the massive Honda stage near noon on Saturday wearing a barn-red Nudie suit, leather-n-gold fringe mask, hat, boots, and a left hand with rings on every digit save the ring finger. 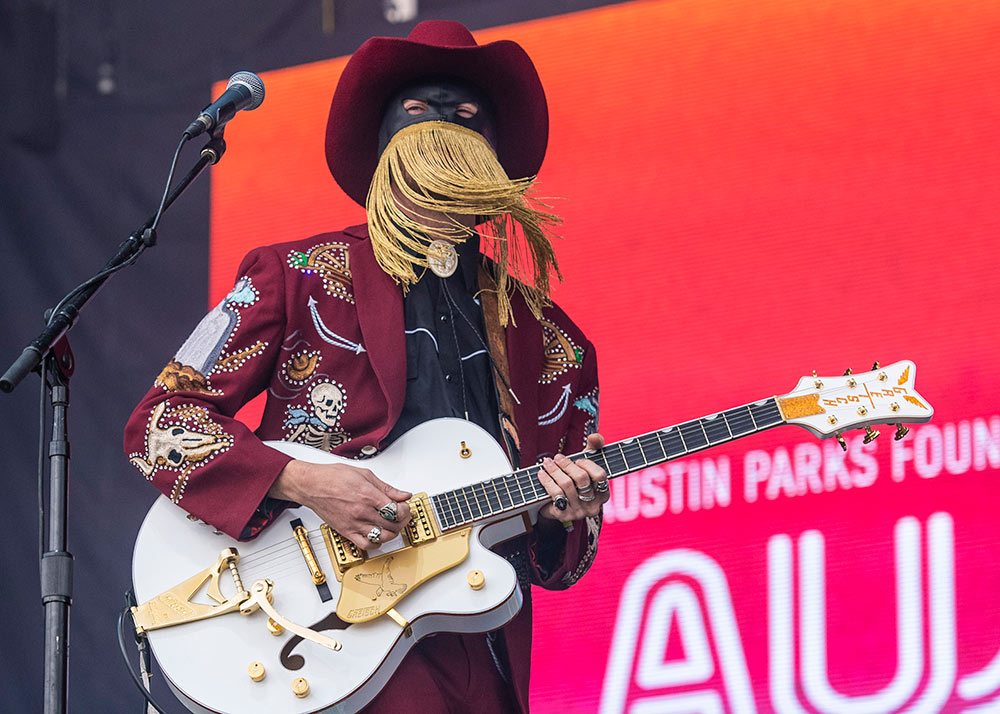 Opener “Big Sky” moved from uncertain low notes in the valley of Calvin Johnson to stunning heights at the altitude of Slim Whitman. From the Honda stage, he haunted every dance hall and hollow north of the Rio Grande. Keyboardist and auxiliary third axe, Bria Salmena enhanced hooks and choruses with the spectral glow of her backing vocals, even though the mix sought to bury them.

She and Peck thus drove a wheeling version of Gram Parsons and Emmylou Harris’ “Ooh Las Vegas.” Where their antecedents drew weariness from lines like, “Spent all day at the Holiday Inn trying to get out of bed,” Peck and Salmena emphasized desperation, pathos, chandelier tears. The cover fit like a velvet glove in the masked singer’s own wanderings across the Great Basin Range.

“Come Las Vegas sunset, nothing left to hide,” he intoned in “Kansas (Remembers Me Now).” Outside Carson City in the “Dead of Night,” he observed, “Strange canyon road, strange look in your eye.” Entertaining from behind a mask exposed the anonymous singer in a vivid slice of technicolor self.

The vulnerability and power of costuming is not lost on Peck (real name [redacted]). When introducing “Queen of the Rodeo,” he proclaimed, “Drag is the last subversive art form.” More an act of realignment than an attempt at subversion, his performance rested somewhere between tradition and the aftermath, echoes of country that delivered symbols from the lonesome frontier into a subconscious haze – using the genre as a means to clarify personal experience. 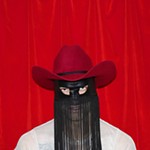