Before her band played one note, before she set the edge of a shoe onstage, Natalia Lafourcade must have grinned widely in hearing the calls for “Natalia, Natalia” sounding so sweetly from the grounds of the Vrbo stage at dinnertime on Saturday. The urging could only be classified as sirenesque. 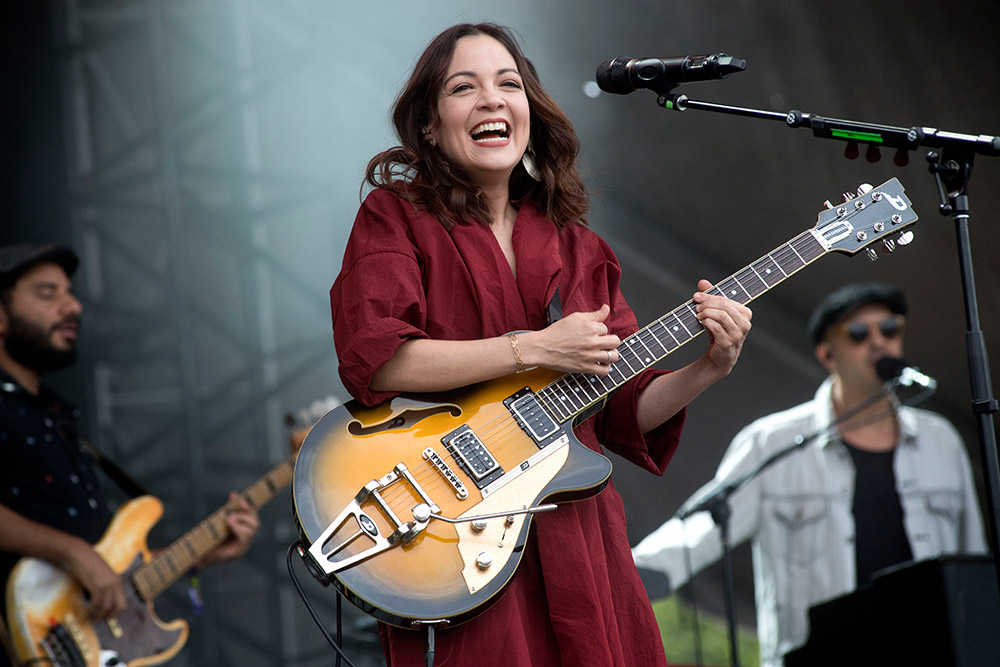 Those first band notes, to which the singer-songwriter emerged amongst her backing eightpiece, became the opening of Mexican mariachi “Son de la Negra.” Card-carrying Texans know this song from grade school folklorico recitals, though Northeners might not. Folklorico isn’t standard school fare across the country, shockingly.

The winner of multiple Latin Grammys and a Red Bull Music Academy alumna, Lafourcade invited her impressive congregation to clap in the rhythm of “cafe con pan” for her first song “Mi Tierra Veracruzana,” setting the Mexiphile tone for her hour-long set of Latin, pop, and rock en Español at the satellite stage across Barton Springs Road from the rest of the ACL Fest footprint. A short interlude of notes from “Guadalajara” reinforced the theme of pride in our neighboring country to the south.

A lifelong musician, Lafourcade’s musical evolution played out for all to hear: “Elefantes” from her eponymous first album, Natalia y La Forquetina’s “Casa” from her Cafe Tacuba-produced era of rock, the funky “En el 2000”, “Amor de Mis Amores” from her Agustin Lara tribute album. The Mexican-born star sang “Hasta la Raiz,” explaining to her Spanish-language crowd that the song helped her remember her origins. Lafourcade also paid tribute to the late Mexican singer Jose Jose with a cover of “El Triste.”

A gentle presence onstage, Lafourcade seemed to warm and comfort the crowd with graciousness and smooth delivery, a star clearly in her comfort zone with guitar in hand, at the keyboard, or simply singing in the traditional folk forms that have grown more important to her through the years.

Accepting a gift of flowers from her charmed audience, Lafourcade ended as perfectly on the dot as she began after singing the traditional version of her hit “Nunca es Suficiente.” 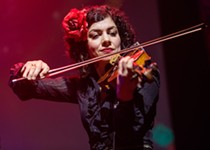 Carrie Rodriguez Passes a Few Precious Days
“The lyrics for Kurt Weill’s ‘September Song’ I quoted should be: ...”