By now, Gary Clark Jr. understands all too well how to command a festival stage. Set up in the penultimate headlining slot on Saturday night’s American Express mainstage, the homegrown guitar hero brought a sprawling 13-piece backing, including horns and dual percussion, and guest stars to burst in on vocals. 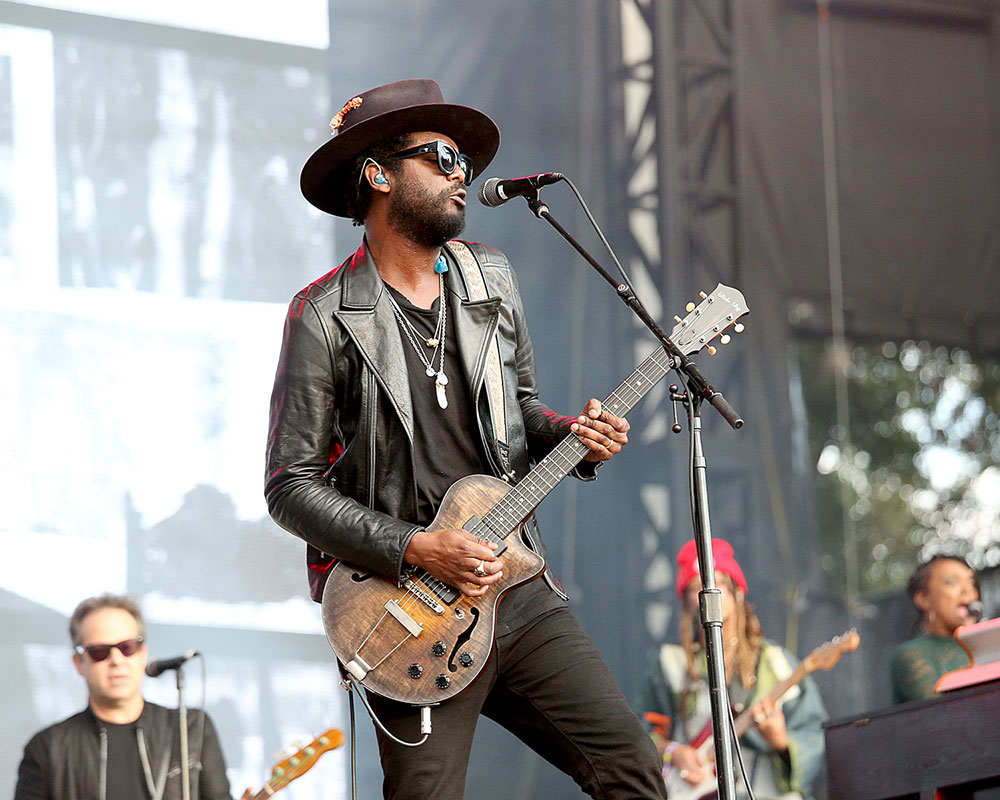 Even as he continues to grow as an eclectic and provocative songwriter to match his unparalleled six-string command, Clark’s biggest influence at this stage in his career may be as a catalyst for other artists and genres.

Clad all in black, he scorched at the outset as he fueled a 10-minute excursion through initial hit “Bright Lights,” sharing the riffs with King Zapata before ceding the stage to Trae the Truth. The Houston rapper laid down lines from “Swang” before Clark brought the song back home, setting up his own tough act to follow.

Taking a turn with the sharp jabs of “Got To Get Up” and the rasta-raked “Feelin’ Like a Million,” Clark highlighted 2019’s biting This Land by moving into the title track with a hard stare down across the field. Switching up to a Flying V guitar, he torqued from the falsetto of “Feed the Babies” to the heavy distortion and plea of “Low Down Rolling Stone,” letting Jon Deas run the keys and DJ Kurupt scratch up the background.

The 10-song set balanced between Clark’s Prince-twinged high ballads (“I Got My Eyes on You,” “Pearl Cadillac”) and fiery fretwork: the raw punk roar of “Gotta Get Into Something.” The closing claim on the Beatles’ “Come Together,” which has become a staple for him, brought it all back home. Bringing out local blues prodigies the Peterson Brothers as well as Blackillac co-conspirators Zeale and Phranchyze to freestyle, Clark the catalyst fed the crowd the singalong chorus.

Clark’s star is still rising, but it’s his gravitational pull in bringing others into his orbit that may be his biggest impact locally and beyond.