Year of the femcee MC saves its heavy hitter for last

An undeniable theme of ACL 2019 is the reign of women artists, and female rappers in particular. With cooler temps arriving today, it’s fitting that the one-two knock-out punch of Lizzo and Cardi B on Sunday night closed out the first weekend of the festival and this Hot Girl Summer with some queen shit. 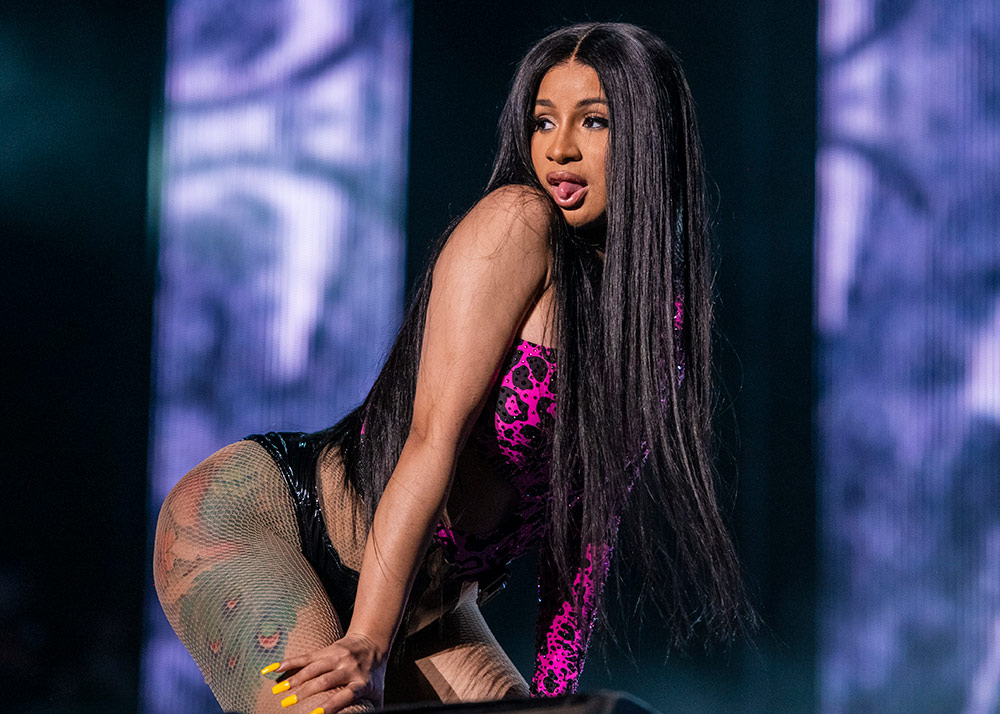 One problem though: what amounted to de facto back-to-back co-headliners on adjacent stages meant that seemingly all 75,000 attendees clustered on the West side of Zilker Park and made for crowds thicker than Cardi B’s backside. Unclear if that played any role in her arriving tardy to her party. When the South Bronx rapper hadn’t appeared onstage 25 minutes after her scheduled start time, audible boos rose from the crowd.

The set finally lurched to a start with an ad for her new Netflix series, Rhythm & Flow, which drops this week. Think American Idol for hip-hop. Say what you will, but Cardi’s no fool and she didn’t get here by passing up golden opportunities for self promotion. Money moves, as it were.

Anyone still unfamiliar with her rags to riches bio needed only to hear Sunday set opener "Get Up 10.”

“Look, they gave a bitch two options: strippin' or lose/ Used to dance in a club right across from my school/ I was covered in dollars, now I'm drippin’ in jewels.”

Cardi prowled the stage in a pink leopard print top flanked by 10 backup dancers in matching outfits. The whole team twerked through a hit parade as the artist born Belcalis Almanzar flaunted her flow, wit, charm, and rather unique skill set. Let’s see Axl Rose try to sing bent over upside down with his head sticking through his legs.

The crowd bounced along to bangers “She Bad,” “Money,” “Press,” and “Drip.” Meantime, the main attraction drenched herself with water on the latter while talking that shit:

“I’ve been that bitch since pajamas with footies/ Won MVP, and I’m still a rookie.”

Saving the heavy hitters for last, “I Like It” flipped Pete Rodriguez’s boogaloo classic into an anthem anew, while “Bartier Cardi” and “Bodak Yellow” turned the crowd all the way up. Cardi played past her scheduled time and just 10 minutes shy of her allotted hour. The crowd started off restless but, in the end, everything turned out “okurrr.”