A ring of chimes launched the lush expanse of “Plainsong.” If you closed your eyes, it could have been 1989. For legacy acts, success hangs in the balance of mythology and mobility. In the Cure’s case, longevity only perfected the Brits’ play. Twenty-four songs in two hours Saturday night at ACL Fest’s Honda stage? No sweat. 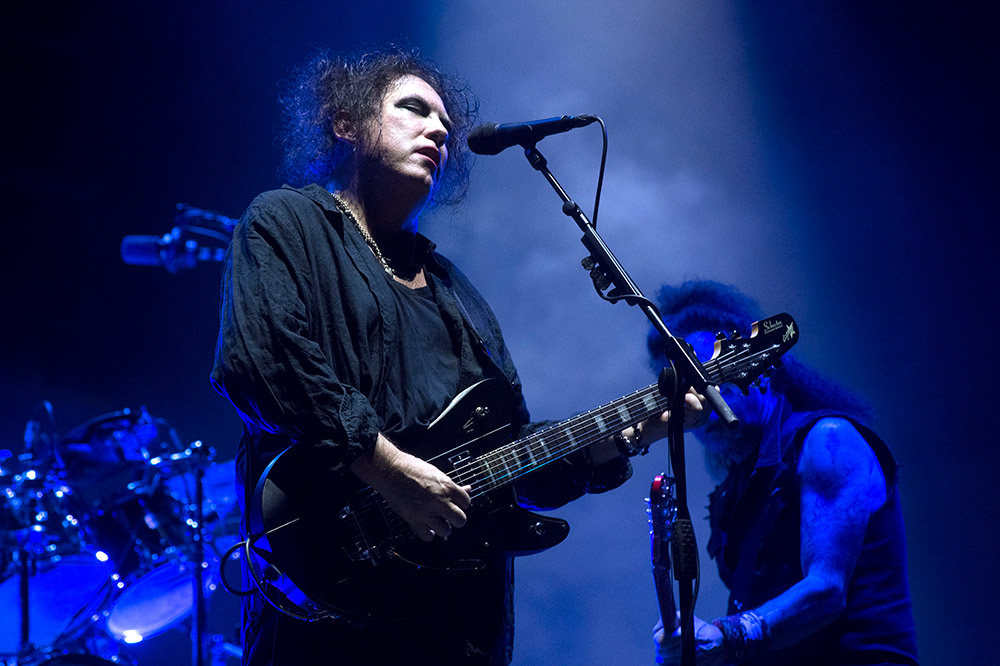 While there was some Billie Eilish bleedover at the mainstage, most of the zoomers exited in favor of Childish Gambino. Cure heads rapidly filled the vacancy at the barricade and piled on until the sea of bodies extended to the festival ground’s flag field. Some traveled from as far as Brazil for the goth group’s first trip back since their 2013 ACL Fest headlining gig alongside Depeche Mode.

Robert Smith’s delicate serenade hung in the thick air of the night, sounding no worse for 40-odd years of wear. Onstage last night, his signature smear of eyeliner sat underneath a scraggly pile of black curls – as it always has. For a guitar band, the rhythm section manned by Simon Gallup’s four strings and Jason Cooper’s drumming stole the show, rolling through a set-list mixing deep cuts and singalongs. Particular weight fell on Disintegration, the main set concluding with its title track.

The five returned with “Lullaby” and “The Caterpillar,” singles for the pure devotees. Then they hit-hit-hit-hit for everyone else. The jangled bop of “Boys Don’t Cry” echoed throughout the park until the walk down to a single strum signaled the end of the night.

At last, the singer’s painted-on lips widened into a huge smile and let out his only spoken words of the night:

“See you again next year,” hinting at new material to come, before remembering a certain obligation: same time, same place next Saturday night. “See you next week!” 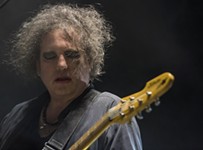 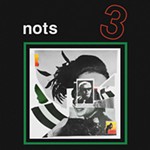 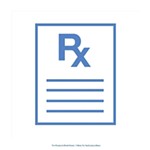