Aussies go up against GNR with cracked cerebral maelstroms 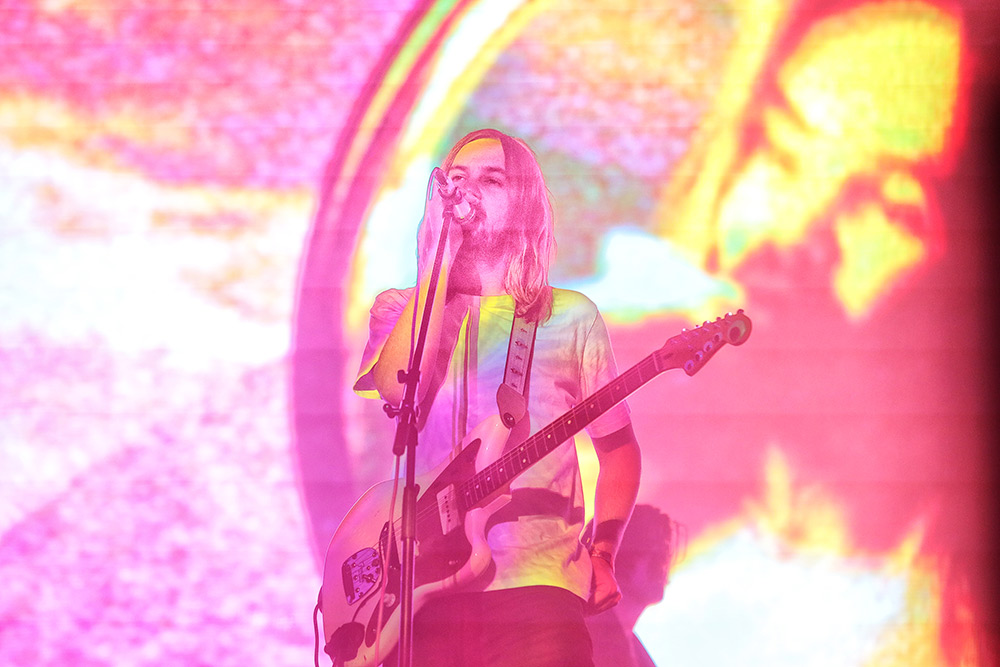 He didn’t sound entirely humble, nor surprised, and he shouldn’t be as he managed to snag one of the most coveted slots at ACL Fest – and without the release of a new album.

At their previous ACL Fest appearance in 2015, the Australian fivepiece toured in support of their third LP, Currents, and since then have only mustered two new singles, “Patience” and “Borderline.” While the lack of new material became apparent as their 90-minute set rehashed songs off Currents, Parker and company exuded a newfound aplomb. Everything played out bigger, bolder, louder.

As kaleidoscopic strobes convulsed, opener “Let It Happen” rode like a Daft Punk psych-disco epic. Parker’s riffs recoiled into hard funk slabs, while glossy synth duo “Borderline” and “The Moment” drifted with his clean, undulated falsetto. Moments like these proved the band far removed from the Seventies jam auteurs of 2012’s Lonerism.

Rare performances of “Lucidity” and “Why Won’t You Make Up Your Mind” from their 2010 debut Innerspeaker worked their way into the set. The former coalesced Beatles’ worship with tripwire fuzz and explosive percussive sweeps, and the latter tweaked flange guitar wobbles and gelatinous reverb. “Mind Mischief” lost the album’s acid-trip fluidity in favor of off-kilter breaks even as synths washed over Parker’s gossamer sheen vocals in “Nangs.”

Tame Impala
“Mind Mischief” for “Apocalypse Dreams” from Down Under