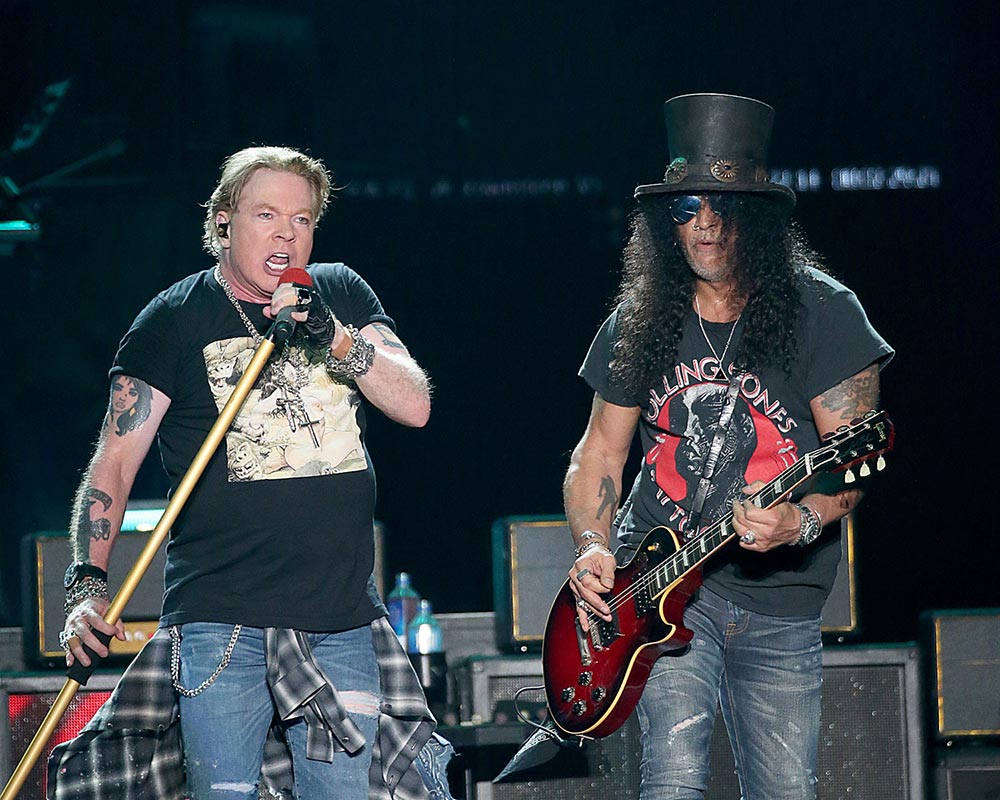 The definitive sleaze rock band of the Eighties suffered a sound mix that at times sounded like it was all coming from the American Express stage's monitors and not the mains. This did not diminish their granite-hard rock & roll. Maybe it even muted Rose’s screech at times.

But yes, we heard you, Axl. You, Duff McKagan, Slash, and the others delivered two Appetite for Destruction killers at the get-go, “It's So Easy” and “Mr. Brownstone.” Of course you had to throw “Chinese Democracy” in right after.

No biggie. “Welcome to the Jungle” obliterated that immediately thereafter. And there were very few misses, but some definite surprises. Velvet Revolver's “Slither”?!

Early Gunners live set staple “Shadow of Your Love” rocked like murder before unreconstructed punk McKagan stepped to the mic for a two-song Johnny Thunders/Misfits medley. The set’s closing proved GNR boasts more money shots than most acts count decent songs: “November Rain,” a “Sweet Child O’ Mine” that prompted every cellphone into the air, and a “Knockin’ On Heaven’s Door” whose every solo sounded like Slash quoting April Wine’s “Just Between You & Me.”

Encore “Paradise City” still ringing, Rose gleefully tossed his mic into the third row. The entire cast returned for a bow, with the frontman grinning widely. Slash tossed all his guitar picks to the audience for a whole minute, then exited with a handstand. 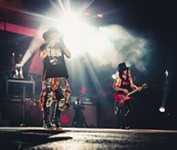