Go ahead, just try taking your eyes off Matt Shultz. Even when he of the 1,000 hats and masks and pants and shirts attempts in vain to disappear onstage – on television, no less – your eyes follow his every twitch. And twitch he did as Cage the Elephant continued its ascendent rampage into rock & roll history during a taping of Austin City Limits on Friday night. 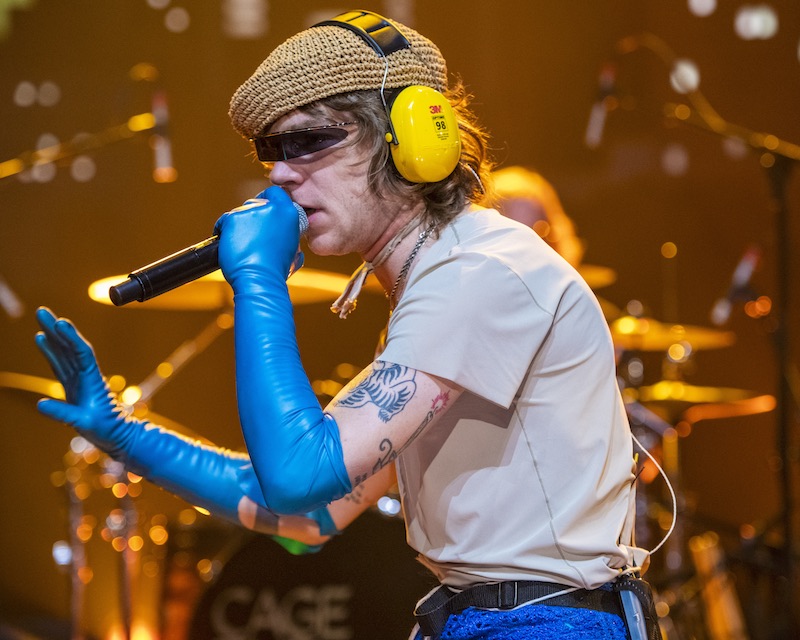 Before the Kentucky sixpiece took the PBS concert staple’s stage at the Moody Theater, all evidence of the dramaturgy to come nestled amongst the amplifiers and house sound gear: a clothes rack rather than a guitar rack, and a series of linen boxes overflowing with god knows what other accoutrements in front of the main stage mic. Late in the set-up, a stagehand deposited a bottle of wine and what appeared to be a medicine ball-sized glass asteroid of tequila by the singer’s props. German expressionists Can throbbed on the P.A.

When Shultz materialized last as the Bowling Green endeavor of the last dozen-plus years climbed onstage, he wore what looked like a rubberized version of Christopher Lloyd’s mad scientist garb in Back to the Future: elbow-length blue gloves, blue tights, women’s blue lace underwear atop them, a fluorescent yellow backpack, headphones, cane, and goggles. As the band launched the first of 19, three-minute hook grenades, he began to disassemble his costume and reassemble another one in a constant flow of motion that lasted 90 minutes. In that time, never once did Shultz not resemble the third coming of Mick Jagger and David Bowie. 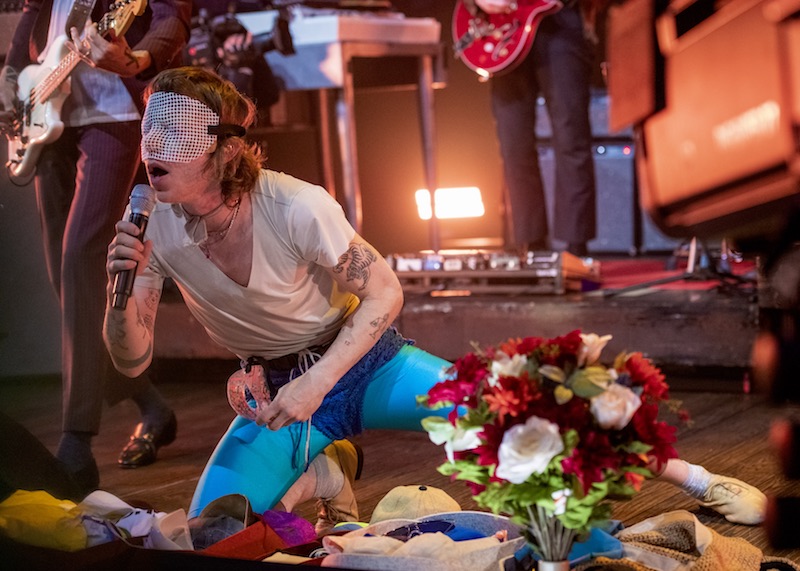 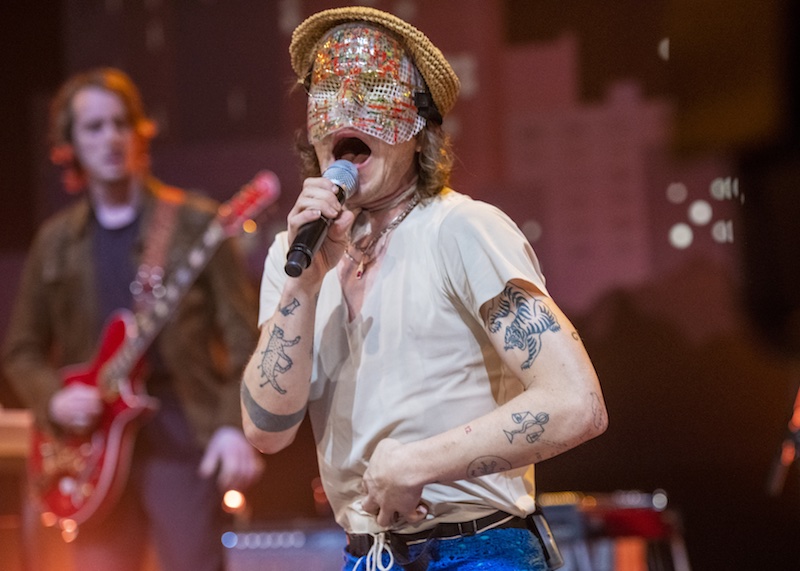 Like both English musical deities, the trunk of Cage the Elephant is hyper aware of the audience, playing to it and against it in the same range of movement and expression. He knows each and every one of us is there – looks us in the eye and invites us to stare back – but he also doesn’t care. After all, a man’s gotta do something while chomping through all those words as his mates bang out lean, mean garage rock thickened for the mainstream. By the second song, he’d gone through five hats, three masks, and a partridge in a pear tree.

After the galvanizing verses of prog-pop telescopic “Spiderhead,” plus the falsetto pounding of “Too Late to Say Goodbye” and ? & the Mysterians’ bomp of “Cold, Cold, Cold,” Shultz finally jumped into the audience wearing a yellow rain suit. Running up into the bleachers next, he then slid down the steps backward on his head. Back onstage, he climbed the P.A.

The disco-ish “Ready to Let Go” found the band rising up in unison to punctuate the chorus and Shultz donning a floppy hat and taking a swig from the enormous bottle of whatever it was. Pedal steel, two sets of keyboards, and the beat pulse of comet rock coalesced into fist pumps. “Tokyo Smoke” rose up actual smoke and the front man wrestling into a bike outfit that looked suspiciously like Jagger’s football outfits from the Stones 1981 tour. “Mess Around” hit like “Brown Sugar.”

“Trouble,” everyone knew the words to: “Trouble on my left, trouble on my right/ Been facing trouble all my life.” Ditto “No Rest for the Wicked,” with its White Stripes stomp. “It’s Just Forever” brought out a miner’s light from the singer, while “House of Glass” spiked the Pixies. That’s the point at which Shultz tried to wear the metal stool onstage.

“How you guys doing?” he finally greeted the full house – 63 minutes in. “I’m fucking good.”

No, Matt Shultz was fucking great. 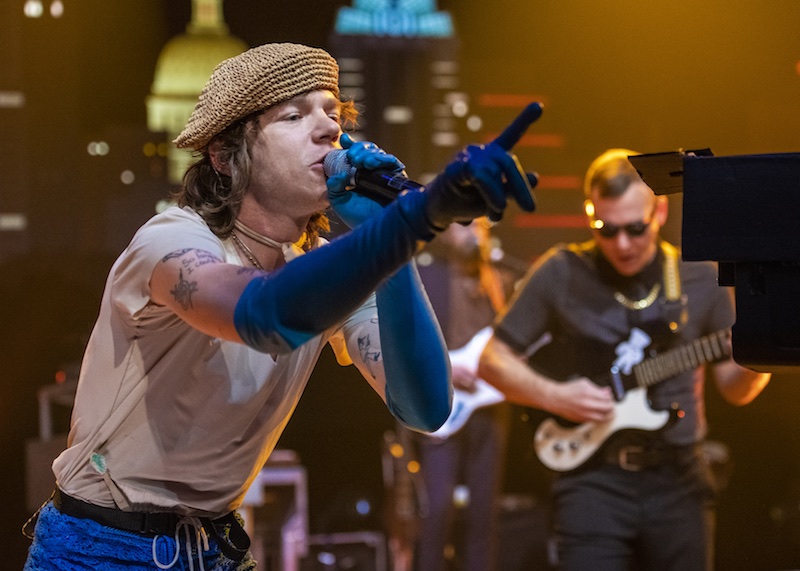 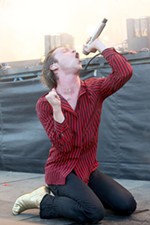