When Al Dressen co-founded the Texas Western Swing Hall of Fame in 1988, the seminal Texas soundtrack barely maintained a discernible pulse. Since the genre’s heyday mid last century, its practitioners – as well as the dancers and venues – faded into sepia-toned memory. 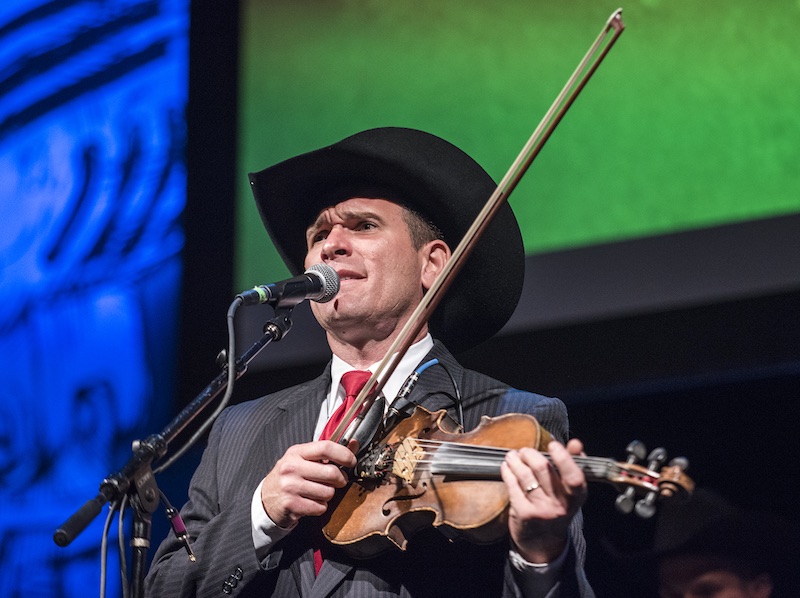 “A lot of us kept trying to keep it going, but there just wasn’t much of it anymore,” he acknowledges. “There are some people following in those footsteps, but even when my band started doing it in the Eighties, there weren’t but a handful of Western Swing bands around. And even if they were around, they couldn’t find a place to play.

“Little by little, though, people started wanting to learn how to dance to swing music,” he continues. “You can do a polka, a waltz, a two-step – just like regular country – but it’s a little bit more jitterbug and some older dances mixed in. So we have a lot of people now coming out and dancing to all that big combination of Western Swing. It’s a good deal.

“Getting to be more and more every year.”

Case in point: the second annual Lockhart Western Swing & BBQ Festival, which takes over the area barbecue capital this weekend to celebrate the Hall of Fame’s 32nd year. Featuring a dozen-plus bands and many more special collaborations among the musicians throughout Saturday, the festival gathers the most Western swingers in Central Texas. This year’s headliner: Bob Wills’ Texas Playboys under the musical direction of Jason Roberts.

Said bandleader represents why Dressen and other Western Swing artists remain hopeful for the music’s future. Roberts, the two-time Grammy-winning fiddler who garnered acclaimed with Asleep at the Wheel before stepping out solo, was named the director of the legendary Texas Playboys last year to help carry the band into its next era. Likewise, more fans emerge every day at dancehalls across Texas, the next generation of musicians like Big Cedar Fever picking up the bow to evolve the tradition, not just keep alive.

“It takes a special musician to play Western Swing,” notes Dressen. “You’ve got to have a little knowledge about everything: blues, country, cowboy, big band swing, and jazz.”

While the weekend’s festivities spotlight new inductees into the Texas Western Swing Hall of Fame, it focuses equally on moving the music forward. Look over the full schedule for the Lockhart Western Swing & BBQ Festival here.