In Dario Argento’s 1975 thriller Profondo Rosso, a musician attempts to solve the murder of a psychic medium. Soundtracked by pioneering Italian cineastes Goblin, proceedings splash down into the director’s bloody well of psychological horror. Group key man Claudio Simonetti and his band recreate the score tonight at Come & Take It Live. 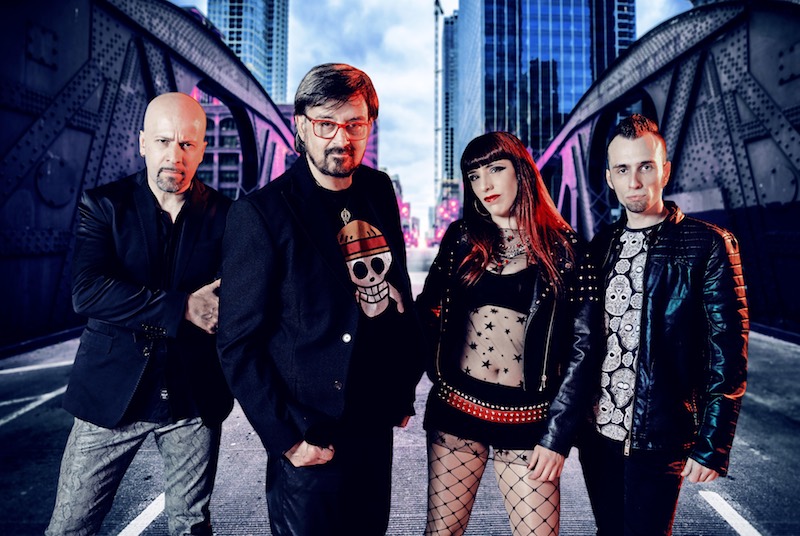 Austin Chronicle: When did you first come to Austin and how did you find it?

Claudio Simonetti: We came to Austin in 2013 with the New Goblin line-up at the Housecore Horror [Festival], where we played Suspiria live. The festival was organized by Phil Anselmo, who was a big fan of ours. I really enjoyed Austin, a very lively city. Bands play everywhere, good energy everywhere. I am very happy to return to Austin to play the Deep Red soundtrack this time.

Great experience to play Suspiria at Austin in front of so many people. And Phil is really a great artist as well as a nice person. It's amazing to see so many young fans of these films and our music.

AC: Tell us about Profondo Rosso and the score for it.

CS: Profondo Rosso was my first film with Argento, an unforgettable experience that opened us to the world of genre cinema. I have to thank Argento, who immediately believed in us by entrusting us with the soundtrack of one of his best films. It’s a soundtrack that reflects the music of that period, in which the prog was very strong in Italy and in the world. We'll play the original score live with the same original sounds and arrangements.

AC: Goblin scored a lot of horror films, but are you yourself a fan of the genre?

CS: I have always been a big fan of horror films since I was a kid, but I never thought that one day I would write the music with great success for such films. I think that shooting a horror film is the dream of any director even if they come from a different genre. It's a genre that never fades, because audiences love to be scared at the cinema.

“Unfortunately, the human race behaves like this, and is one of the reasons why horror films are successful. They reveal the evil in us. ”

AC: When asked, director John Carpenter raved about Goblin. What are some of your favorite soundtracks?

CS: I met Carpenter in L.A. and we met recently also in Rome. He has always said to know me and the Goblins very well. I think he is a very creative and innovative musician and director. His films will remain in the stories of the best genre films. I hope to collaborate with him in some projects.

CS: I love Willie Nelson and Steve Ray Vaughan very much even if they are not in my musical genre.

AC: I studied Latin four years in high school and did a project on all the Roman emperors. Once Caligula comes along, it’s all downhill. I draw parallel to Trump and feel that the fall of the Roman Empire has begun here. What sort of Italian wisdom can you offer to me and us, maestro?

CS: Honestly, I don't like politics, especially the Italian one, which is now a real disaster. Not living in the United States, I can’t really comment on your policy. It’s also true that in past decades or centuries it’s not that everything went better, otherwise there would have been no wars and exterminations. Unfortunately, the human race behaves like this, and is one of the reasons why horror films are successful. They reveal the evil in us. Sad, but true.