Garth Brooks’ Dive Bar Tour rolled into the tiny town of Gruene on Monday like a carnival takeover. The logistics alone astounded, with the historic downtown shutting down, giant screens rising up outside of Gruene Hall proper on tractor trailers, and an estimated 5,000 fans packing the streets to catch a glimpse of the country superstar. 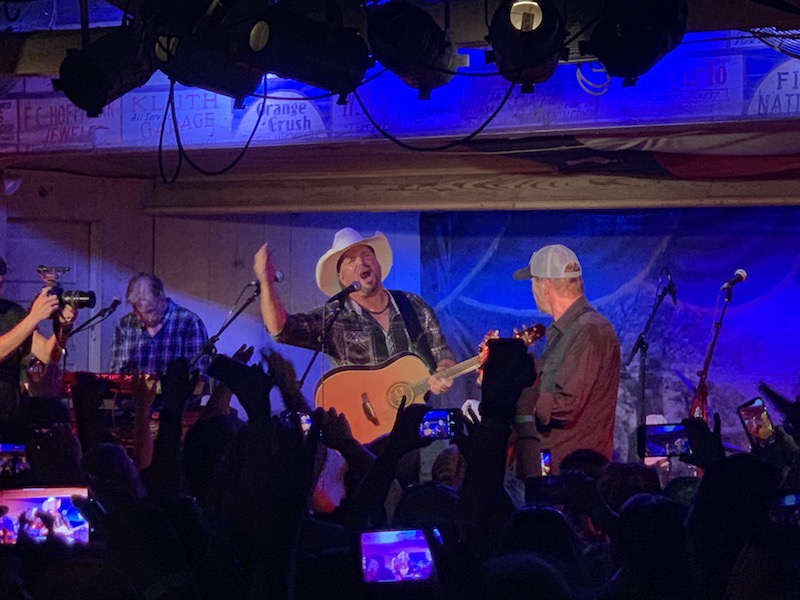 For the 500 radio contest winners and guests inside the venue, the show provided the rare opportunity to witness an intimate performance from an artist currently selling out 85,000-seat arenas. And for his part, Brooks seemed as thrilled to be playing the sweating dancehall as much as the raucous crowd, turning in a tight, enthusiastic 16 songs in 75 minutes.

The Oklahoma powerhouse, 57, hued close to the old hits, which prompted him to wax nostalgic about playing Gruene 30 years ago – before his 1989 debut LP launched a career that transformed country music. He even went off the setlist midway to pull from that album with “Much Too Young (To Feel This Damn Old).”

“I haven’t smiled like this in a long time,” Brooks admitted after firing up the crowd with 1998 chart-topper “Two Pina Coladas,” then laughed through “The River” as phone LEDs lit up the 1878-vintage dance hall like a stadium. New single “Dive Bar” served as anthem for the seven-date club tour, with Gruene Hall locking down the third date, before the sextet rolled back into a string of familiar standout singles.

Although famous for his energetic and enthusiastic stage-racing shows, Brooks hadn’t forgotten how to work a tight honky-tonk stage. Unlike his Auditorium Shores show during SXSW 2017, the Tulsa native never flagged or got winded, even as he had to scramble back to the microphone stand several times without his usual headset allowing him to roam freely. In fact, Brooks’ impromptu performance at the Broken Spoke during SXSW that year helped inspire the current tour.

He also recalled trying out “The Thunder” for the first time at Gruene Hall, lifted the crowd with the penultimate “Friends in Low Places,” and closed the set reminiscing, “On this stage, the last time we played the last song was ‘The Dance.’ I don’t feel any different, so I don’t think the setlist should be any different.”

No encore followed as the band tied together tightly at a 9:30pm stop, but Brooks left tipping his white cowboy hat with a wide, sincere smile across his face.

“Thirty years is a long time,” he concluded. “The greatest gift I ever got was getting to go home and raise my babies, and then come back. Thank you.” 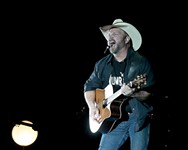 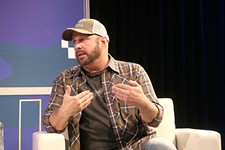