AmericanaFest Is SXSW for Root Genres

T is for... Tennessee, Tanya Tucker, and 10 top-notch breakouts

Like the genre itself, AmericanaFest has grown both in scope and prominence over the past decade. Celebrating its 20th year last week in Nashville, Sept. 10-15, the festival and conference proved wide-ranging and stacked with exceptional performances. 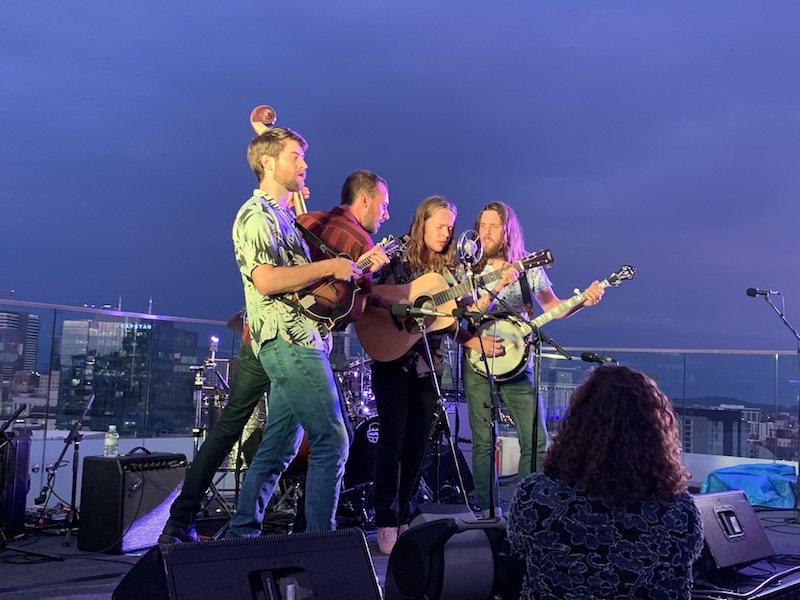 Akin to an Americana-focused SXSW, the convergence distributes across venues citywide. These days, shows spill over into East Nashville, where emerging talent has established a hub. An estimated 500 acts showcased, while even more talent filled the sponsored day shows and special events.

Now a premier industry event, the Americana Awards also honored John Prine with Album of the Year for The Tree of Forgiveness and Song of the Year for “Summer’s End.” Brandi Carlile topped a stellar list of nominees including Rhiannon Giddens, Kacey Musgraves, and Mavis Staple in earning Artist of the Year. I’m With Her, featuring Austin native Sarah Jarosz, garnered Group of the Year, and the powerful soul of the War & Treaty took home Emerging Act of the Year. 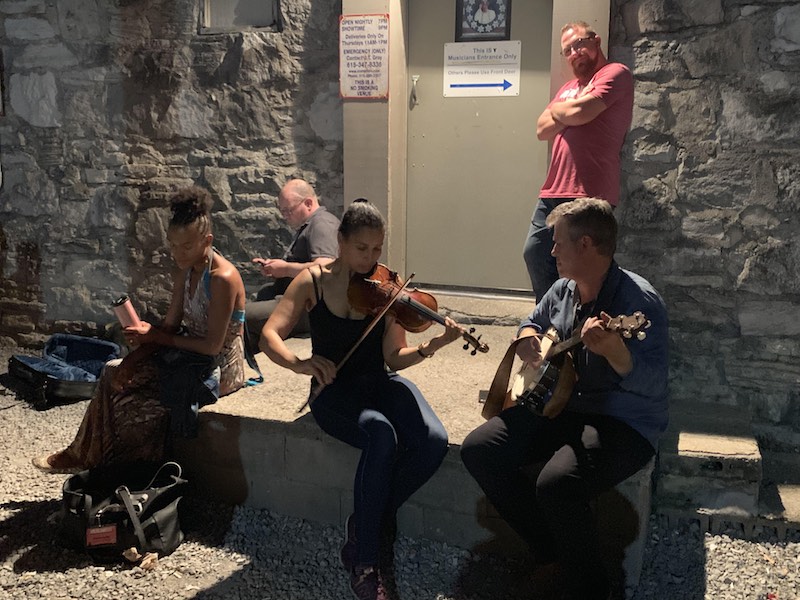 Despite a rise in prominence for the awards show, AmericanaFest remains about the talent spread across the city all week. Stunning collaborations, both orchestrated and impromptu, set the bar high. Billy Strings and Bela Fleck joined forces at the Rounder & Concord Records party, as did Della Mae and the War & Treaty, while an informal jam session broke out on the back stoop of the Station Inn following Amythyst Kiah’s set, stunning passersby as Giddens, Mark and Maggie O’Connor, Kiah, and Dirk Powell played late into the night.

Likewise, the Luck Reunion, known for its annual SXSW day party on Willie Nelson’s ranch, delivered the first Luck Showboat, a remarkable lineup playing aboard the General Jackson as it powered down the Cumberland River. Old Crow Medicine Show anchored with pure showmanship, but earlier sets from the likes of Yola, Colter Wall, and Nikki Lane also made waves.

Most of the major stars limited their performances to the conference sessions, yet Tanya Tucker proved prevalent in plugging her excellent new album While I’m Livin’. Hopefully the Texan’s comeback will help earn her a spot upstream of AmericanaFest in the Country Music Hall of Fame.

Regardless of the big names, though, emerging artists defined AmericanaFest 2019. Here’s 10 breakout acts the Chronicle caught.

Kelsey Waldon John Prine won the awards at AmericanaFest, but some of the biggest buzz surrounded Kelsey Waldon, the first artist signed to his Oh Boy! label in 15 years. She showcased her upcoming LP, White Lines / White Noise, at the Oh Boy! headquarters, detailing her Kentucky upbringing intimately and defiantly.

Frankie Leonie Paul Cauthen’s Big Velvet Revue at the Basement East on Wednesday night unloaded a raucous barrage of talent, but Texas songwriter Frankie Leonie stood out. With a warm heartbreaker of a voice and smooth, rolling country melodies, she took home a Best Country Act plaque from The Dallas Observer last year.

Sierra Ferrell The most recent signee to Rounder Records, Sierra Ferrell stepped in at the label’s day party when Tanya Tucker had to cancel, and proved more than up to the task. The West Virginian unloads a crisp, Holly Hunter mouthful of twang, with touches of gypsy guitar and fiddle sliding in to accompany her sharp songwriting. Her debut recording next year should turn heads.

Che Apalache Part of an apt pairing at the War Memorial Auditorium with the world-infused, Blue Ridge Mountain sounds of Rising Appalachia, Buenos Aires quartet Che Apalache stunned behind their blend of global roots styles channeling bluegrass. Frontman Joe Troop, a North Carolina native, delivered poignant narratives like “The Dreamer” from this month’s sophomore LP Rearrange My Heart and even a version of the remarkable Japanese folk tune adaptation “The Coming of Spring.”

Katie Pruitt The Luck Showboat churned with talent, but Katie Pruitt nearly capsized the General Jackson before it even left the dock. The Georgia songwriter offered songs from her upcoming debut on Rounder Records that struck intensely honest and unflinching behind a powerful squall of a voice and rocking band.

Amythyst Kiah A member of Our Native Daughters alongside Rhiannon Giddens, Leyla McCalla, and Allison Russell, Kiah nearly blew the roof of the Station Inn with her official showcasing set. Her low down and soulful vocals and rock attitude combine brilliantly in the anthemic “Black Myself,” which also brought Giddens and Russell onstage in support.

Jeremy Ivey Stepping out from his role as Margo Price’s lead guitarist (and husband), Jeremy Ivey silenced Luck Mansion with an intimate solo performance. His new album, The Dream and the Dreamer, emphasizes power-pop leanings, but the acoustic setting highlighted his songwriting and melodies that triangulated somewhere between Neal Young, Bob Dylan, and Leonard Cohen.