The tall tales of Ray Wylie Hubbard and Rodney Crowell

Only in Austin are Texas troubadours celebrated freely and around the clock. Waterloo Records traversed 72 hours in doing just that this past weekend. Friday, they heralded Ray Wylie Hubbard, then Sunday, Rodney Crowell stopped in. Neither event preceded or promoted another local gig – as is generally the case. The in-stores were the local shows. 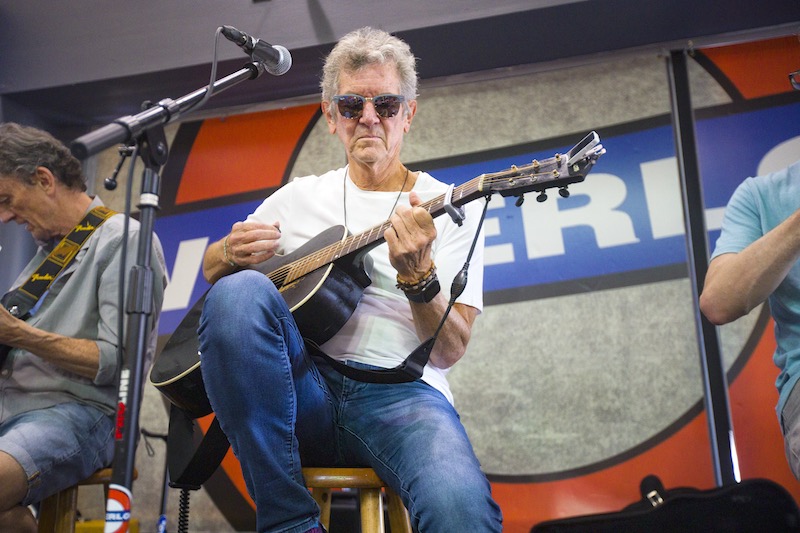 According to the latter song whisperer, he hadn’t originally planned to stopover in Austin. Fortunately, the two-time Grammy winner and Houston native, who turned 69 earlier this month, called an audible. Crowell only dropped by because he had an off day on the tour accompanying new album Texas, his third release in a little over a year following July 2018’s Acoustic Classics and Christmas Everywhere four months later.

Meanwhile, a whole new league of Texan songsmiths – Jonathan Tyler, Chris Fullerton, and Matt Harlan – covered songs by Hubbard that inspired them at a book signing for The Messenger: The Songwriting Legacy of Ray Wylie Hubbard by Brian T. Atkinson.

Crowell drew a much bigger crowd, but the amount of respect and devotion each artist engendered proved the same. Fans know everything there is to know about Hubbard and Crowell, almost like family, and are therefore more free-spirited in their dialog with them and vice versa. Hubbard’s chorus and Crowell enjoyed talking to the crowd, even if it got a little off track at times.

The Hubbard three strummed sentimental songs, such as “The Messenger,” each man voicing gratitude for the impact that the tune’s author had on them. They all played two or three songs each accompanied only by guitar. Harlan incorporated some harmonica.

Crowell plied his fair share of tender country too, but added more widespread sounds, including a cover of “Don’t Get Me Wrong” by the Pretenders with him on the ukulele and some prominent guitar from Steuart Smith. Like the absent Hubbard, Crowell came most alive in delivering the stories behind the songs.

Hubbard’s friends relished lighthearted anecdotes, such as when Harlan described being gifted a box of Hubbard’s shirts and jackets, all of which had only one sleeve. Crowell went into depth about the facts behind each composition on the new album, some also jokey. “56 Fury” described the car his onetime father-in-law Johnny Cash would drive recklessly, while “Flatland Hillbilly” derived its title from a woman who referred to herself as such.

Yet, a lot of the material held deeper meaning, etched from the social circumstances of today.

“The Border” is written from the perspective of a border patrol officer and obviously sympathetic to their struggles given lines like, “I come home to Maria with a bulletproof vest, and the weight of the world on my chest.” Crowell said that he can’t judge who does what to feed his family, but added that if he was to write a song about the border itself, it wouldn’t be like this one.