Prewitt brought the club to your couch for three decades 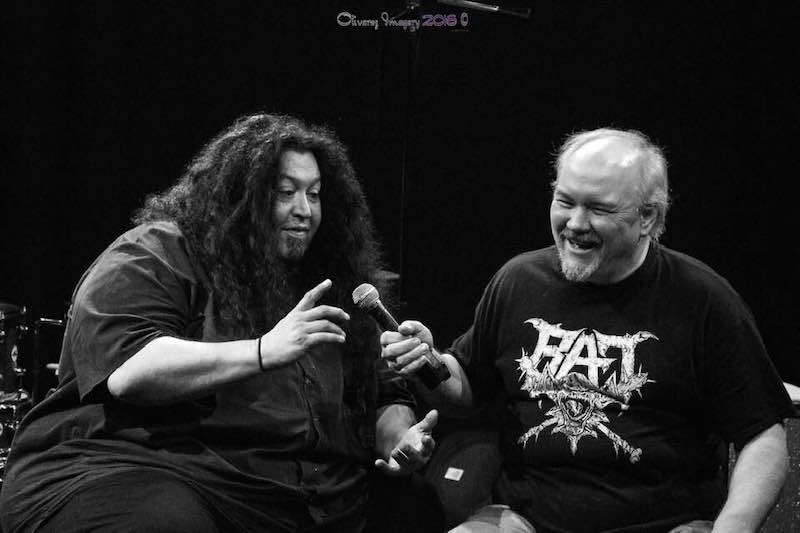 There’s an acropolis of cardboard boxes piled up in the living room of Dave Prewitt’s otherwise empty South Austin home. Some brim with video masters containing local live music footage from the Eighties and Nineties. Inside others are photo albums stuffed with concert tickets, flyers, and autographs.

Prewitt, a local cable access fixture for three decades and one of the most prolific live music fans to ever inhabit this city, now prepares to load those boxes into a truck and head to his new home on the Eastern seaboard. An individual seemingly inextricable to Austin, the man known to most as “DaveTV” will be gone by month’s end. He’s found love and love lives in Norfolk, Va.

Most surprising of all, Prewitt’s never left Texas.

Actually, that’s not true. He was born in California, but when he was 7, his mom was struck on foot and killed by a drunken semi truck driver, so he grew up in Llano with his grandparents. Since then, he’s never vacationed or journeyed outside the Lone Star State. All right, he ventured out of state once to get drunk in Louisiana when he was 18.

For the entirety of his adult life, then, he’s been a lens into Austin music.

From 1990 until 2007 and then 2014 to 2019, Prewitt remained a staple of Austin’s same weird public TV universe that gave rise to conspiracy peddler Alex Jones and Reverend Ricky, a baptist minister with a toilet seat around his neck. Prewitt, often alongside his Ed McMahon, Nathan Olivarez, stumped for local music with shows like CapZeyeZ, Raw Time, and DaveTV.

“I came on because I thought the passion I had for music might transfer when I told someone about it,” he shrugs about his on-camera life. “My goal has always been to better the scene by opening it up to people who might be on the couch. It’s not like I want to be a VJ or something. It’s always been about the music, not me.” The shows achieved bragging rights over the years. He was the last person to interview Bill Hicks, Mike Judge saw the Jesus Lizard’s “Glamorous” video on Raw Time and put it on Beavis & Butt-Bead, some A&R guys caught Hamell on Trial playing on CapZeyeZ and quickly signed him to Mercury Records, and his shows won multiple Billboard Magazine and Austin Music Awards, beating out Austin City Limits three times on the latter. Really, though, Prewitt’s most admirable quality is his generosity to new and unheralded acts.

He didn’t care how many fans you had. If he liked what you did, he’d capture it and share it with the world.

“I want to see you play it and see if you mean it or not,” he explains of what qualifies a band to be worthy of documentation. “That’s what connects me. I don’t have to like it. Many times I don’t.

“But if you mean it, you’re in. I can show somebody that and they’ll see you mean it. You can’t fake that.”

Sitting on the floor of Prewitt’s nearly empty bedroom, I watch him scroll through his YouTube page, a virtual library of live music in Austin over the last 30 years. When I ask him how many bands he’s filmed, he pauses to do a little math, then modestly estimates 10,000-12,000.

Prewitt’s man Friday recalls a night a few years back at the Pocket Fishrmen’s annual Fish Fry, where they recorded the performances of 16 bands. When Olivarez woke up in the morning, Prewitt had already edited and uploaded many of them to YouTube.

“We’ve been doing this for 30 years and I still don’t know how he does it,” says Olivarez. Olivarez, who fronts the acoustic band Stupid Drama, counts the pros and cons of no longer being Prewitt’s funny co-host and camera operator.

“I’m looking forward to being a regular dude and it’s gonna be cool not being Dave’s sidekick,” he admits. “I’m gonna miss the visibility, I’ll miss the anxiety of live TV, but I love the work we’ve done together and the pride we had walking out of the studio, knowing that we killed it, spreading the message of Austin music.”

Meanwhile, when Olivarez discusses the sacrifices he’s made to work on local music shows with Prewitt for three decades – “I chose to do television instead of tour because I thought I could reach more people and I’ve been tied to this town every weekend for 30 years” – it’s obvious he’s doubly conscious of his friend’s own sacrifices.

“I really just want my best friend to be happy,” he says finally.

Indeed, Prewitt became frustrated with the Austin scene occasionally. Sometimes he felt taken for granted. Primarily, though, he’s vexed by musicians who seem to only attend shows they’re playing at.

“People shouldn’t get a pass from going out to see live music,” he asserts. “If you’re gonna be in a band, make some time go see some music.”

Hard to argue with him on that point, given that he’s gone to more homegrown shows than almost anyone, while providing a service he’s never attempted to monetize in the slightest. Until this past February, when the local office downsized locally, he worked for Progressive Insurance by day – for 14 years. The only payout he ever received for his night job was the BBC paying him $500 to license a Bill Hicks clip.

“I’m pretty sure I bought some weed with some of the money,” he chuckles. “Thanks Bill.”

On his computer, Prewitt shows me a variety of Facebook pages dedicated to music happenings in coastal Virginia. He’ll jump in and begin shooting Norfolk bands right away, but plans to showcase them on his YouTube page instead of a cable access format. Tough to envision DaveTV cheering on bands in… Virginia?

“I fell in love,“ he says simply. “That’s one part of it that makes it really easy. I also believe that I’ve done what I came to do here. I feel like I’m dropping the mic at the top of my game and I’m excited to go on to create something new and amazing where no one knows who I am.” 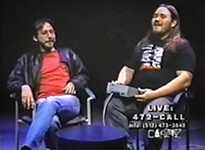