Before Texas established its own chapter of the Recording Academy 25 years ago, Lone Star musicians and industry professionals were represented within the organization by the Memphis region. That meant underrepresentation in voting Grammys, but also that one of the biggest and most vibrant music scenes didn’t have a full seat at the table. 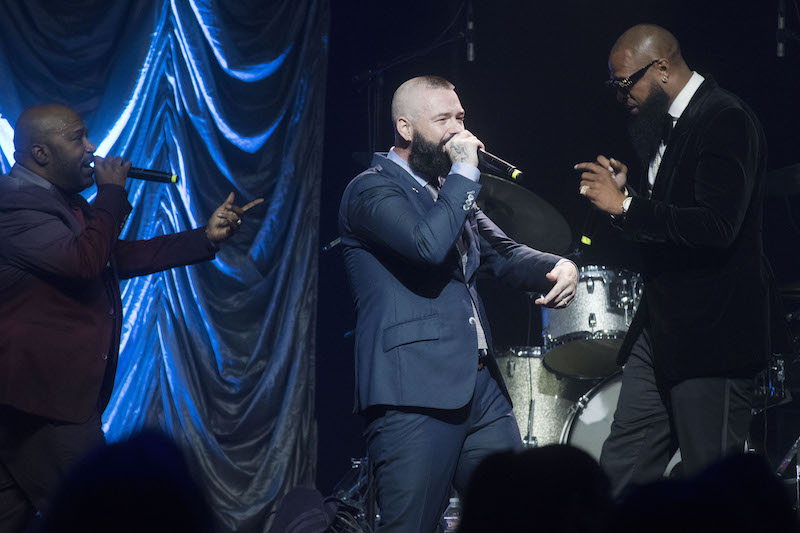 Today, the Texas Chapter counts two former national chairs, Terry Lickona and Christine Albert, and covers the largest geographical region within the Recording Academy, enfolding both Oklahoma and Mexico. In celebrating its 25th anniversary with a blowout gala at ACL Live on Thursday night, the Texas Chapter flexed both its influence and eclecticism.

The event, benefitting the Academy’s non-profit Musicares program, also poignantly turned into a rally as Albert announced from the stage that Executive Director Theresa Jenkins couldn’t attend because she’s in treatment for cancer. Many of the artists that followed throughout the night acknowledged Jenkins’ role in furthering the organization and their careers.

Although the lineup packed heavy hitters, the most stunning performance kicked off the evening. San Antonio mariachi troupe Campanas de America serenaded the hall throughout dinner. The nine-piece outfit, led by Juan Ortiz, roused the crowd with blazing bows and an impressive feature of harpist Juan Cabrera.

Likewise, Los Texmaniacs began the show proper, with an accordion-ripped Tex-Mex flare. Even though Flaco Jimenez proved a no-show, Little Joe Hernandez joined his incomparably smooth voice to the band. Asleep at the Wheel rolled through a couple familiar favorites, and Marcia Ball shined behind the keys on new songs from recent LP Shine Bright.

The first half highlight took the form of a show-stopping set of gospel from Brian Courtney Wilson and current Chapter President Yolanda Adams. Each dished their own rousing song before joining in an immaculate duet of Carole King’s “You’ve Got a Friend.”

Show running about 30 minutes behind, the mingling crowd nonetheless stayed excited for the blowout second half, led by the trio of Oklahoma brothers Hanson. While the former teen pop idols have matured into impressively sophisticated pop songsmiths, they didn’t shy away from their 1997 chart topper “MMMBop,” dishing the earworm out of the gate much to the joy of the audience.

Country kickers Midland followed, showcasing a more rocking sound on new tunes than their 2017 breakout debut On the Rocks, although they closed with the impeccable “Drinkin’ Problem.” That set up a powerhouse closing set celebrating Houston hip-hop. The People’s Champ and former Chapter President, Paul Wall, flashed “Grillz” before sliding into “Sittin’ Sidewise,” and then ceded the stage to UGK’s Bun B for “Get Throwed.” Slim Thug then joined for a trifecta of “Still Trippin’” and “Draped Up.”