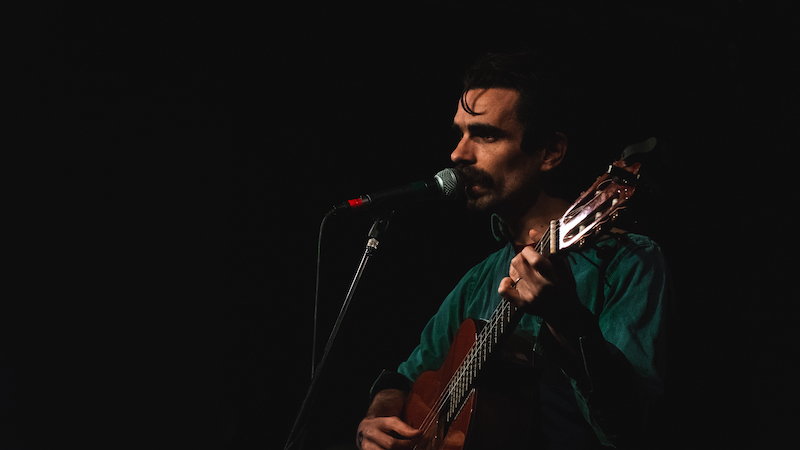 “Trials and tribulations are part of what give relationships depth,” he pondered from a tour stop in Arkansas. “If you think it’s all roses and kisses, it’s not, but it’s still great. ‘Love Is Gonna Test You’ is about being ready for the ride.”

I was a child, didn’t have a clue. I thought that hearts were steady in line like the moon. Love, to me, was a hedonistic pleasure cruise. You should’ve seen my face when I got the news: That love is gonna test you.

The accompanying clip finds the singer/guitarist on his bedroom floor, stretching, contorting, and flowing though improvised dance movements. For the last decade, Moser’s danced professionally for Ballet Austin. He remains with the organization, but has now retired from performance.

“I love dancing, but it wasn’t feeding me completely,” he explains. “When you’re a dancer, you’re someone else’s medium and you kind of do what you’re told. That’s why I love playing music: I can be the master of my own realm.”

Burch, Toliver, and Hoffnar are slated to join Moser for his album release extravaganza on Tuesday, July 30, at the Cactus Cafe. The “Love Is Gonna Test You” video premieres right here and now: 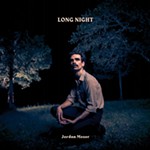