About two and a half minutes into the 1972 recording of funk missile “Rock Steady,” Aretha Franklin’s sheet music fell from her piano onto the floor. The horns and rhythm instruments dropped out, but Bernard “Pretty” Purdie kept drumming. Ten seconds of hi-hat-filled percussive nirvana followed, one of the funkiest drum breaks ever recorded. 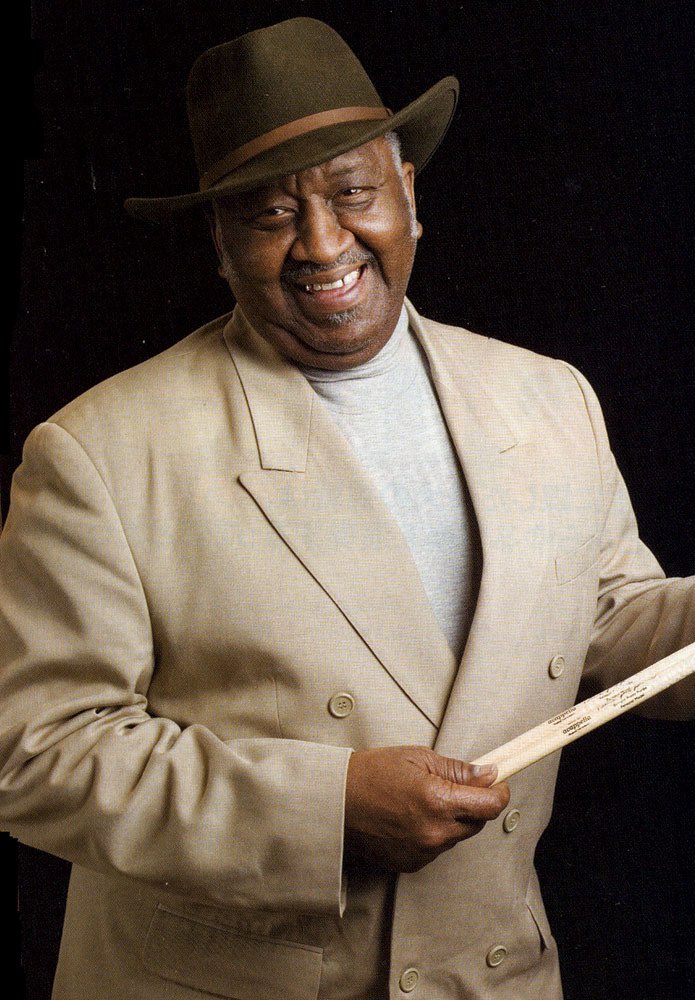 Purdie, 80 this month, served as Franklin’s musical director from 1970-1975 and collaborated with an exhaustive list of all-time greats: Nina Simone, Miles Davis, Ray Charles, B.B. King, Louis Armstrong, James Brown, Dizzy Gillespie, Donny Hathaway, and on and on. He’ll reveal the secret to his signature “Purdie Shuffle” in a 2pm drum clinic at Antone’s on Saturday before taking the stage that night alongside organist Ike Stubblefield and guitarist Grant Green, Jr., son of the late Blue Note soul-jazz giant.

Austin Chronicle: At Antone’s you’ll be playing with Ike Stubblefield and Grant Green, Jr. Since you’ve played with seemingly everyone, I assume you played with the elder Grant Green as well?

Bernard Purdie: I had 10 years with him and another organist, Reuben Wilson. We were called the Masters of Groove, but ended up having to change our name to the Godfathers of Groove. Ike Stubblefield is an excellent, excellent musician. He plays well and we have fun and enjoy what we do. We get together and play a couple of times a year.

AC: How does the younger Grant Green compare to his father?

BP: He’s totally different because I told him, “Stop trying to play like your father. I played with him and had a wonderful time, but you are different. You got your thing over here – pure unadulterated funk with blues and groove. Do your thing. Stop trying to play how your father played.” We had major conversations about that when he was about 21. And he did just that, became himself.

AC: Do you enjoy the drums, guitar, and organ trio format?

BP: Oh, yes. It’s one of the best formats in the world, because everyone has to be aware of each other. There’s no running away. It’s a combination that works because we’re all listening to one another, and everybody has a part.”

AC: Speaking of organists and Antone’s, I saw Lonnie Smith play there a year or two ago and he was absolutely masterful.

AC: So this show goes back to the roots?

BP: It’s always back to the roots, but you gotta have somebody strong enough to handle it. That’s all it comes down to. Each one of us has to share our parts with each other. We’re not out there by ourselves. The support that we put for one, we put for the other, every time, no matter what.

And we have to watch each other. We give signals like, “I’m coming out, you’re next.” It’s really that simple, but you’ve got to listen and you’ve got to watch. And don’t worry about overplaying. If you overplay, sometimes you don’t know how to get out. We don’t have that problem.

AC: Speaking of everyone playing their part, you’re responsible for that “pound of fatback drums” on “Memphis Soul Stew.” I love that song.

BP: So do I, because it works. King Curtis was something else.

AC: You had a long working relationship with King Curtis.

BP: Oh yes, 15 or 20 years. Up until 1971 when he got shot and killed. I took over the band at that point and kept the band together with Aretha [Franklin] for the next five or six years. I became the band leader for her.

AC: I haven’t seen it yet, but I understand you’re heavily featured in the new documentary Amazing Grace.

BP: Well yeah, I was the band leader at that time. It’s still one of the most wonderful performances by anybody because this lady, ooooooh, she sang. It’s spiritual, it’s gospel, it’s funk, it’s R&B, it’s pop. It’s got every ingredient. It’s got the spirit! It’s like when we would do R&B and funk, and she would end with “Spirit in the Dark” as the last song – ohhhhh, oh-oh-oh! She walked into every song with spirit, but when you see Amazing Grace, make sure you take your handkerchief!

AC: What can you tell me about the behind the scenes of that LP – 1972 double live album Amazing Grace?

BP: She preached in rehearsal. Not just normal soul preaching. She preached. That’s how moved she was about doing this album. I’m sorry the public will never get a chance to see that unless some of that footage comes out from rehearsal. I’ll never ever forget it.

Sure, I know her father was a preacher, but he did nothing compared to what she did in rehearsal. It was a dream come true to see the other side of Aretha. There wasn’t a dry eye in that church, and this was at rehearsal!

AC: In terms of pure talent, is there anyone that stands out among all the people you’ve worked with over the years?

BP: It’s easy to say Aretha, but I’ve got no problem with Steely Dan, Roberta Flack, Donny Hathaway. The list goes on and on. I had over 2,200 different albums I’ve worked on, and they were all different and that’s the beauty of it. You play for the people you are working with and working for. I don’t try to force artists to be like other artists.

That’s been the secret of my success all these years: I just do my job and I’m damn good at it. And I had great teachers. Learn your craft and you can play with anybody, any place in the world. That’s exactly what I’ve done. I’m not in competition with other drummers. I just do what I do.