Upon entry at ACL Live on Friday, Maggie Rogers eyed the audience. “Okay Austin,” she quipped after jogging out in a flurry of red tassels. “If you’re still sitting down, I don’t know what you’re doing.” Considering her opener “Give A Little,” reclining onlookers at her Austin City Limits taping weren’t prepared for the cosmic pop force that is Rogers. 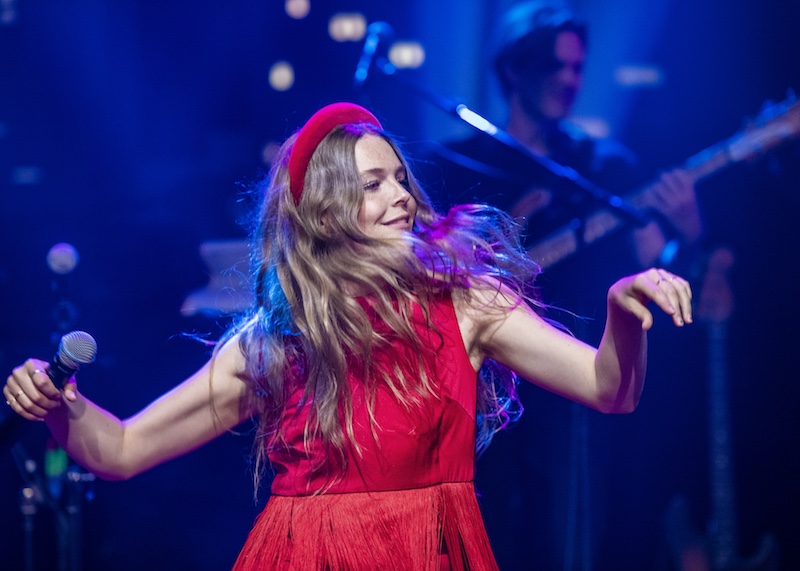 Raised in rural Maryland, the former folkie skyrocketed to fame with Pharell-endorsed 2016 hit “Alaska.” The 25-year-old singer’s local appearances track a steep rise: lock-out gigs at SXSW 2017, a sold-out 2018 stop at Stubb’s – her largest headlining show at the time – and now a PBS taping. Friday’s Moody Theater throng proved a lucky bunch, given that Rogers’ two shows there in October sold out immediately.

Kicking off the weekend locally, a backing fourpiece simplified some of the loftier production moments from her major label debut, January’s Heard It In a Past Life. Onstage, as in her artful videos, Rogers’ flowing movement never abated. A regal headband barely held on until “Burning,” and she ripped off her lace-up heels after “Say It.”

The brand previously partnered with the rising pop presence, and both women have transcended sorority and Instagram interest. Toting tees reading “Witchy Feminist Rock Star,” Rogers taps into something twenty-somethings and pre-teens alike didn’t know they wanted. Embodying an aesthetic of tarot cards and Newport Folk Festival love, she said her team talked backstage about “channeling the energy” of the already historic theater.

“That energy belongs to you too,” she urged.

Bass-heavy “The Knife” let loose freestyle lyrical swirling from the frontwoman, and “Retrograde” took up the whole stage with twirls, leaps, and lush vocal backing from her keyboardist and guitarist. Rogers said she had to come down from the set’s “emotional whiplash” before “Light On,” a sweet thank-you to her audience for continued support.

A stunning solo encore of “Color Song” ended the performance, during which Rogers gradually pulled away the mic to let her lovely, longing tone gently fill the space. Next, the band reemerged to re-do filming of “Give A Little” and “Light On.” The unexpected finale found an amp-ed audience of remaining fans all standing and most singing. 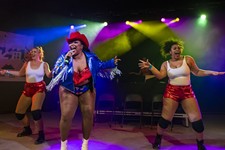