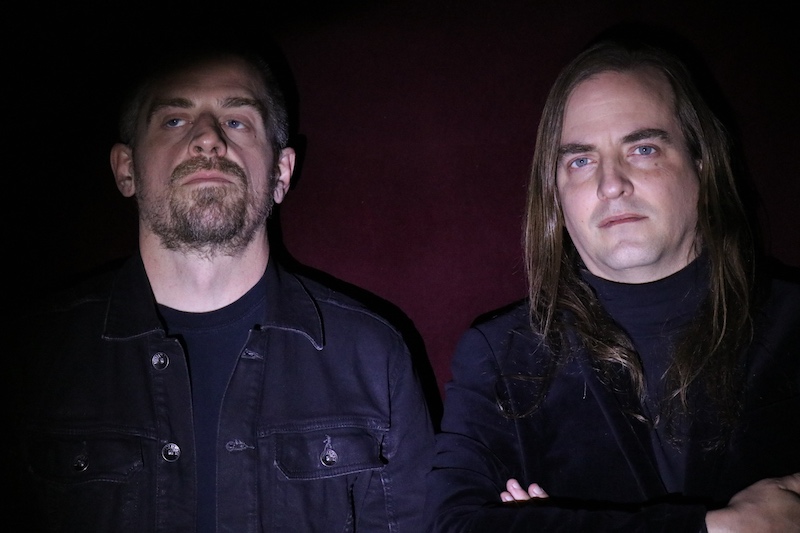 By the Way, Which One’s Pink? Jon Teague (l) and Daron Beck

Austin Chronicle: Y’all played Beerland on Friday and by Monday the club was closed by striking employees. What part of that, if anything, did the two of you come in contact with?

Jon Teague: All I came in contact with were a bunch of super friendly people running a bar. I was totally disgusted to hear that they had not been paid by the owners of Beerland. We are particularly grateful that the employees kept the bar open, and that we were able to play that last weekend there.

AC: How long has PB been coming to Austin and what do you recall of your first gig here?

JT: I guess we’ve been playing Austin as Pinkish Black since 2011? I’m pretty sure that it was a house show. Most likely Spiderhouse or Red 7 after that. I honestly can’t remember anything specific about the first Austin shows.

AC: So what IS the concept behind your new album, Concept Unification?

Daron Beck: Its origins are in corporate restructuring and advertising – basically being sold a brighter tomorrow which is darker than yesterday. It’s all based on the tactics of Edward Bernays and how he used his uncle Sigmond Freud’s theories. The term itself originates from a corporate training video I recommend viewing.

AC: Film director John Carpenter has become his own genre and thus gets referenced a lot when folks encounter creepy cinematic synthscapes. The opening title track of Concept Unification reminded me of him – and Seventies sci-fi flicks like Logan’s Run or something. What are the musical influences behind this track?

DB: The keyboard run is very Korla Pandit influenced. It’s just a dirge in 9/8. I suppose there’s a John Carpenter influence on most things we do, in some way, but that goes for a lot of other artists. Too many to list.

“There’s more division and separation than ever before between people. Things disappear all the time that we take for granted. Everything is disposable now, but the landfills are full.” – keyboardist/singer Daron Beck

JT: The title track “Concept Unification” evolved out of playing with a sequence had written. Once we had decided on a tempo, its “mood” took shape. It started to feel like an improperly working machine continuing to function. I just hoped to capture that musically.

AC: “Until” reminds me of David GIlmour in a metal (meddle) band. Where does PB stand on classic Seventies psych like that?

DB: We both love Pink Floyd, especially the albums prior to Dark Side. We have a huge appreciation for a lot of that stuff, like Gong, Magma, Can, etc.

JT: Seventies bands (of all sorts) are as big an influence on us as horror and sci-fi soundtracks. The expertise that went into making those records 50 years ago is still (largely) unsurpassed.

DB: I don’t hear much Bauhaus myself... More like the intro to “King of Pain” by the Police slowed way down and mixed with the end of “Who Can It Be Now” by Men At Work.

AC: Like the JC reference above, surely “Petit Mal” will elicit Tangerine Dream comparisons. What are PB’s main synthesizer influences?

DB: Personally, my main influences are Doug Ferguson of Yeti and Ohm, and my bass synth style is trying to mimic our former bassist, Tommy Atkins, also from Yeti and the Great Tyrant style of playing. Simeon of Silver Apples is also a huge influence.

“Seventies bands (of all sorts) are as big an influence on us as horror and sci-fi soundtracks. The expertise that went into making those records 50 years ago is still (largely) unsurpassed.” – drummer Jon Teague

AC: Dystopia sounds at hand in “Next Solution.” What’s the PB worldview and what are the checks and balances in recording/releasing epic, 12-minutes tracks like that?

DB: My personal view of the world as it stands now is pretty bleak, I suppose. There’s more division and separation than ever before between people. Things disappear all the time that we take for granted. Everything is disposable now, but the landfills are full. That’s an apt description of my feeling of things.

Parts of “Next Solution” come from the final, unfinished Great Tyrant song, so we’ve really been working on that song for about 10 years off and on.

JT: The plague of belief will continue to stifle humanity’s progress. Decay awaits us....

We were never able to get the arrangement on “Next Solution“ right in the past. I don’t think we were fully settled on it until we were tracking. Twelve minutes just turned out to be the length of that arrangement. 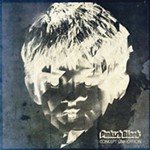