Tones no humans should ever be able to make

Reunited Chicago hate metal quartet Indian hasn’t performed in Austin since a SXSW showcase in 2014. As such, its Austin Terror Fest excoriation on Saturday night inside Empire Control Room made up for lost time. 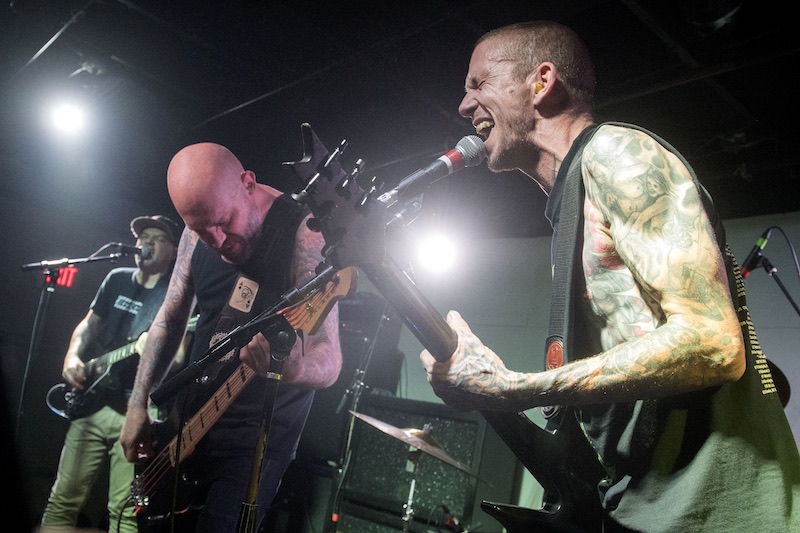 After a longer-than-average soundcheck due to technical difficulties, the fourpiece crashed directly into “The Impetus Bleeds,” a representative rager from its erstwhile 2014 swan song From All Purity. Guitars and drums pounded at slow tempos exploited for maximum intensity, Dylan O’Toole shrieking viciously about whatever curdled his milk the day he wrote the lyrics. Occasionally, he and second guitarist Will Lindsay – who hits chords with the force of his entire body – screamed together in hellish harmony.

Indian sounded like a doom band kidnapped, tortured, and set free after years of abusive captivity. Anyone in the packed Empire Control Room with time to kill between Tr/st and Lightning Bolt had to have been taken aback by the negative energy pouring off the stage.

Unsettling samples and synth textures substituted for banter as links between songs, and came as close as anything to giving the audience a chance to catch its breath. Harmony licks peeked out from the sonic muck of “The Fate Before Fate,” which featured an O’Toole vocal that might qualify as spoken word if it hadn’t been able to peel layers off a boulder. “Worshipper of Sores,” from the band’s 2005 debut The Unquiet Sky, boasted a riff that was positively Sabbathian – soaked in sludge and cranked to 13.

Lindsay led the mic for the purposefully repetitious “Banality,” and if anything, he proved even more venomous than O’Toole. That challenge accepted, apparently, O’Toole set aside his axe to devote all his energy into a cancerous wail on “Rhetoric of No,” a barbarous face-ripper from Purity. He achieved vocal tones no human should ever be able to make.

By the time the set ended with “Rape,” seven-plus minutes of hatred and disgust calculated to give everyone nightmares, a good half of the crowd had abandoned the field – whether to catch headliners Lightning Bolt or to escape the unvarnished hostility emanating around the room is unclear. For Indian, that probably means one thing: mission accomplished. 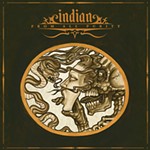 Indian
From All Purity (Record Review)