“Future’s So Bright” for PR Newman

Once accurately referred to as the “Ellis Island of Austin music” by resident songwriter Ben Ballinger, the Hole in the Wall’s front stage has remained a crucial entry point for fledgling bands for most of its 45-year existence.

Among those poor huddled masses regularly playing the Guadalupe Street venue in the Eighties were Timbuk3, the alternative pop group fronted by then-spouses Pat MacDonald and Barbara K., who went on to score a Top 20 worldwide hit – and misinterpreted graduation anthem – in 1986 with “The Future’s So Bright (I Gotta Wear Shades).” 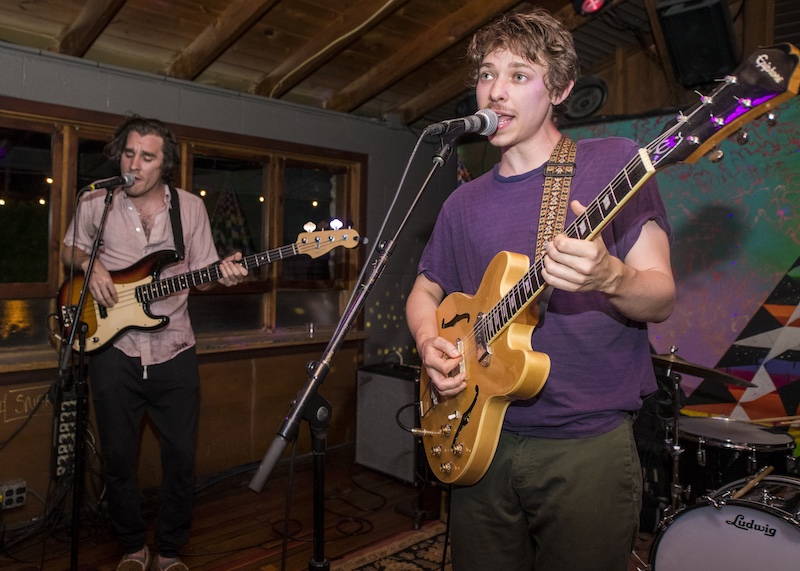 A full generation later, in the mid-2010s, locals were introduced to talented singer/pianist/guitarist Spencer Garland though his HITW residency with the Berkshire Hounds. Garland’s current focus, PR Newman, which put out one of my favorite albums last year with Turn Out, now covers Timbuk3’s eternal nuclear warning to celebrate HITW’s 45th Anniversary.

Recent cancer survivor who now operates an immersive songwriter workshop called Steel Bridge Songfest in his home of Door County, Wisconsin, MacDonald’s heard plenty of covers of “The Future’s So Bright.” His favorite one? A highly experimental rendering done by Victoria Williams on the tribute album Begging His Graces: The Songs & Sins of Pat MacDonald. Mostly, though, he’s extremely critical of them, dismissing many as soundalikes.

“There have been a lot of what I call karaoke versions, but the main thing they never seem to get right is the weirdness of whatever I’m doing on harmonica,” he muses. “When people try to copy it, it’s the worst. The people who take it somewhere, it’s better.

“This cover for the Hole in the Wall 45, the harmonica has the right vibe. They’re not trying to copy. And I like the vocal and its casual garage band feel. It has the spirit of the song and they’re not really trying to take it somewhere else, but they added little touches and enhancements that I like.

“Their cover makes me feel like it’s just an old rock & roll song, and it’s nice for the song to be in that category.”

PR Newman’s Timbuk3 cover serves as the B-side for a sweet 45rpm record commemorating the venue’s anniversary. Honky-tonkers Mike & the Moonpies, who broke out locally with a Monday residency at the Hole a decade back, are on the A-side covering Fastball’s 1998 mega-hit “The Way.” Fastball had also been a HITW fixture going back to the days when they were named Magneto USA.

Fans can get their hands on the 300-run vinyl single, dreamed up by HITW veteran Paul Minor, by purchasing advanced tickets to any of the Hole In the Wall 45th Anniversary shows, running June 17-23 and featuring HITW favorites Weary Boys, Grand Champeen, Bridge Farmers, Clyde & Clem’s Whisky Business, Magic Rockers of Texas, Go Fever, Ben Ballinger, and Cass Brostrad. If you sleep on pre-sales, you can also buy one at the venue that week.

Both PR Newman and Mike & the Moonpies perform the celebration’s opening ceremony, Monday, June 17, alongside Mayeux & Broussard and John Evans. To whet your appetite, PR Newman’s version of “The Future’s So Bright” streams here:

More Hole in the Wall 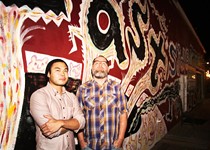 Bands Are Practicing Again, but Does Austin Have Enough Rehearsal Space for Them?
A love letter and state-of-affairs on the practice space scene