“I will retire to the Salton Sea... For I may never be free”

Armed with a stone-cold stare, Mitski Miyawaki moved slowly, deliberately, each step tracing the last, in greeting a full house at her first Austin City Limits taping Tuesday. Bent riffs see-sawed into opener “Goodbye, My Danish Sweetheart,” the singer standing still behind a mic stand until inching closer to a center-stage white table. 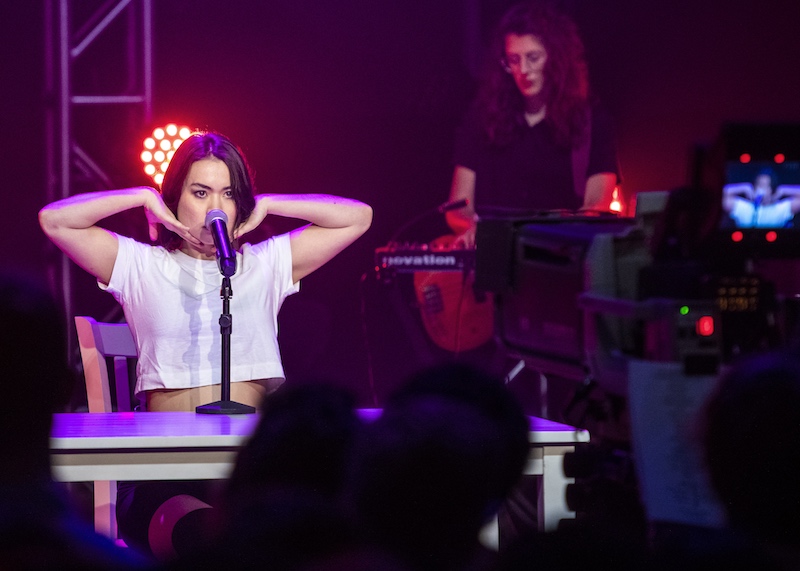 Donning simple attire of a white crop top and shorts, the Japanese-born American took control of the moment and drew all focus to her as backed by a four-piece band and enveloped by the PBS concert staple’s moving cameras inside ACL Live at the Moody Theater.

“Good thing, I’m confident in my own body,” she grinned.

That confidence translated onto a 90-minute performance playing out like conceptual art.

As Mitski raised her voice on love and loneliness, each song kicked in slow and purposefully. Flicks of her wrist coursed into each finger like vogue, kicks of her legs moving in patterns like synchronized swimmers, and erratic jolts jerking the frontwoman like robot malfunction. In songs like the disco glitz of “Nobody” and blooming “Geyser,” those movements took on a life of their own as the singer straddled a chair and looked around in desperation during the former number and pushing against the legs of an table in the latter.

Throwing and contorting her body, Mitski finally collapsed to the ground in either a violent stupor or solemn resignation, the songs themselves turning corporeal. 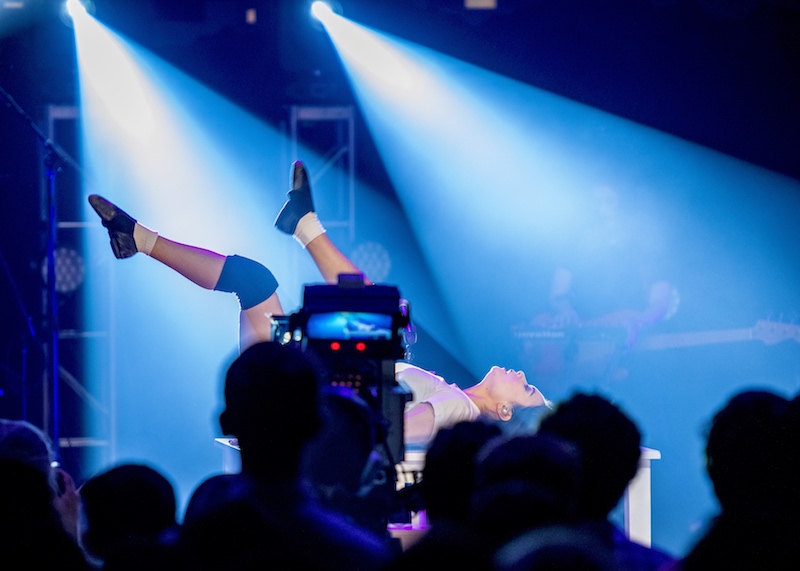 Synths sprang like Slinkys and overdrive crackled with a metallic buzz on “Why Didn’t You Stop Me,” Mitski singing in wry deadpan, “I know I ended it, but why didn’t you chase after me?” Self-aware and cheeky statements teased young-adult ennui as she coursed through her catalog: Bury Me at Makeout Creek (2014), Puberty 2 (2016), and Be the Cowboy (2018). Anxiety precedes comeuppance in “Thursday Girl,” and millennial disillusionment straddles exaggerated angst – “I will retire to the Salton Sea at the age of 23/ For I’m starting to learn I may never be free” – in “Drunk Walk Home.”

Lyrics of want and being wanted positioned betwixt guitar-heavy melodies seems archaic now, a stale trope polluting the pool of so-called “indie-rock.” While Mitski draws from the same reservoir – chugging grunge riffs in “Francis Forever” and distortion sludge on “I Don’t Smoke” – the New-York based artist, armed with enough self-deprecation and wit, dominates a space mostly occupied by all-white males and gives the stagnant genre some much-needed vitality. Everyone at ACL Live climbed on board with her as the performance peaked behind “Lonesome Love.”

Simple percussion and jangled chords hung suspended in air as her timbre glided between Chrissie Hynde playfulness and Lana Del Rey insouciance. “Nobody butters me up like you,” she cooed before floating the heaviest line that garners the most applause: “And nobody fucks me like me.”

Unfortunately, Tuesday night’s taping came in the wake of Mitski announcing an indefinite performing hiatus after a concert in New York on September 7. If her Moody Theater set turns out to be her last in Austin for some time, it’s fitting her penultimate song spotlighted the devastating “Two Slow Dancers,” a romantic tragedy that could be read as reflective of her current situation.

Since the age of 23 and the release of Bury Me, Mitski’s been on a non-stop tour. Now at 28 and realizing that ongoing travel is coming at the expense of her mental health, she tweeted, “My self-worth/identity will start depending too much on staying in the game.” While time off won’t signal the end of her music, last night’s local appearance left a lingering feeling of finality brought on by the passage of time.

Mitski’s grown up, all right, adulthood transforming her into “two slow dancers, last ones out.” 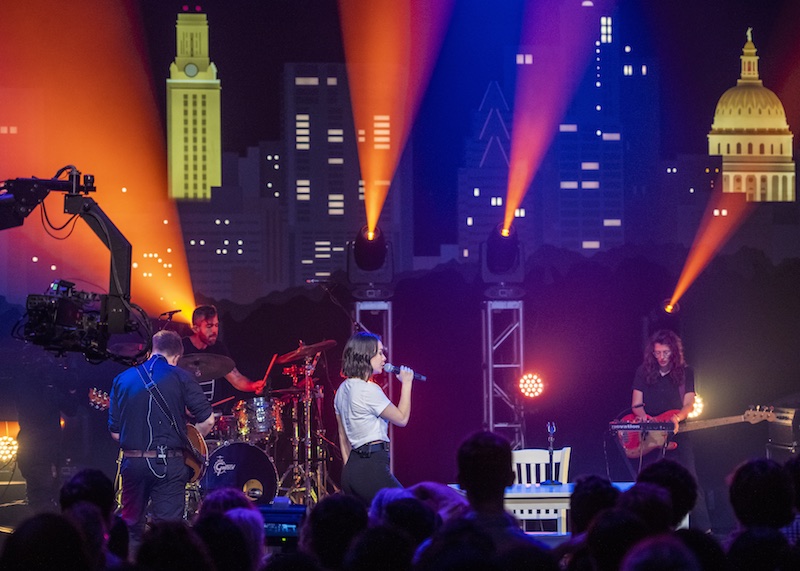 Love in the Time of Mitski
Creeping anxiety and no happy endings, but comforting nonetheless