British steelers ram it down in one fell swoop. Tonight follows!

“The Priest Will Be Back” read the screen 96 minutes later at ACL Live on Tuesday night. In fact, Judas Priest returns there tonight. They‘ll also be back on tour next year for their 50th anniversary. Thus helping close out their fourth decade, the UK metal sentinels delivered a lifetime of living after midnight in one lightning volley. 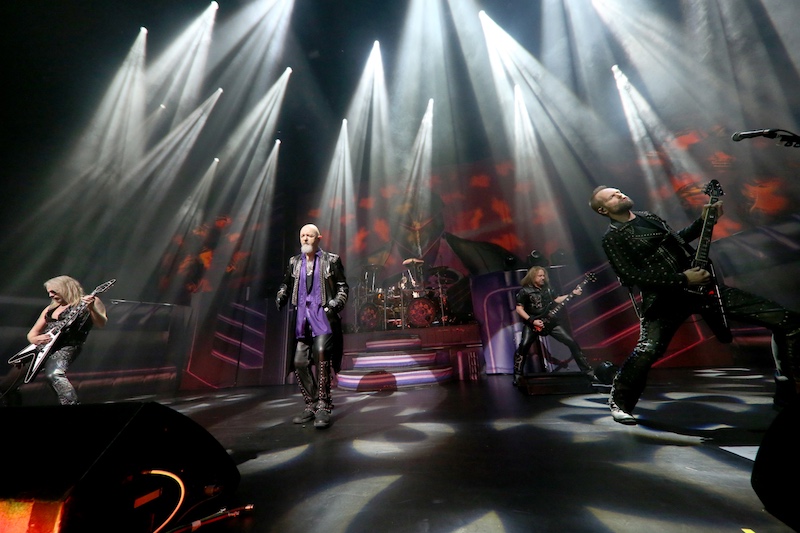 Not surprisingly, that infamous witching hour directive now slots 9:30-11pm for the gray beards both onstage and in front of it. Names and faces have changed – gone are twin guitar turbo chargers K.K. Downing and Glenn Tipton – but like all truly classic rock, Judas Priest proved remarkably unchanged in a world on the brink that entire time. Improved even.

Looking more Downing than Downing himself even, Richie Faulkner now plays six-string fuse and solo spotlight to riff brigadier Andy Sneap, stand-in for ailing band spine Tipton, and bass backbone Ian Hill. Tall, lanky, now-30-year JP drum riser himself, Scott Travis reigned over all with an easy, loose-limbed majesty, driving the half-century locomotive without seemingly ever breaking a sweat. If ever metallic post-blues deserved a drum solo, then the Virginian Painkiller wants only for the high sign to unleash it on the greater species of headbangers. 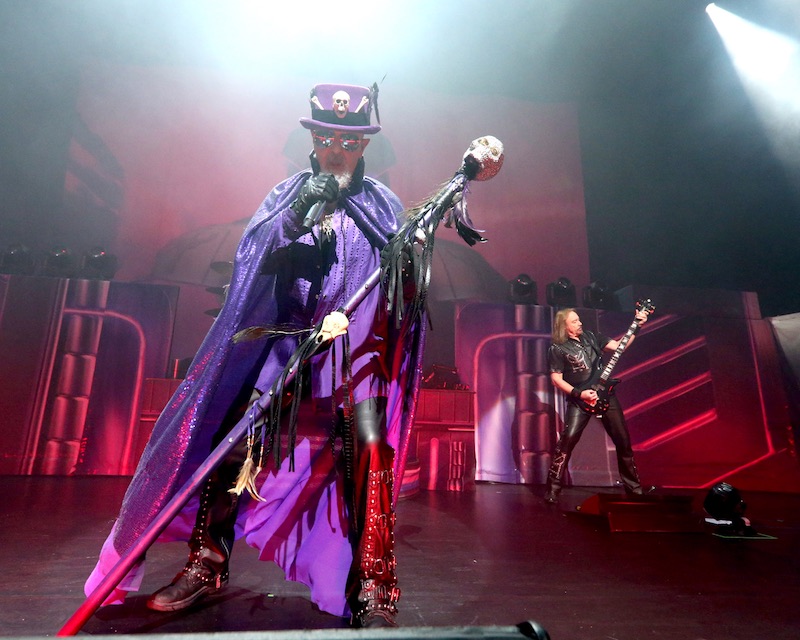 And Then There Were Two: Classic era holdovers Rob Halford (l) and Ian Hill (Photo by Gary Miller)

Emerging out of Dr. John’s hoodoo wardrobe to the two-thirds full theater raising a perfect chorus to prerecorded walk-on song “War Pigs” by Black Sabbath, the singer warmed up with “Necromancer” from the band’s best album since its Eighties heyday, 2018’s Firepower. The band followed suit with “Heading Out to the Highway.” By “The Sentinel” next, all five bandmembers jelled audibly behind Halford cupping his microphone while hunched over and spiking the sonic cavalcade by alternating between his still crooner-smooth tenor and a piercing, pioneering cry.

Screaming for Vengeance A-side “(Take These) Chains” then split that arrow in the bullseye before it, while creaky Turbo grinder “Out in the Cold” found its live footing in a giant disco ball prism and a slower glower, Travis flipping his left drum stick on the offbeat. Halford, who ducked through a stage opening for more costume changes than Lon Chaney, followed that by segueing perfectly into the new album with “Traitor’s Gate,” whose proggy chug suddenly sounded like a deep cut from Defenders of the Faith. It faired far better than plodding LP mate “Spectre.” 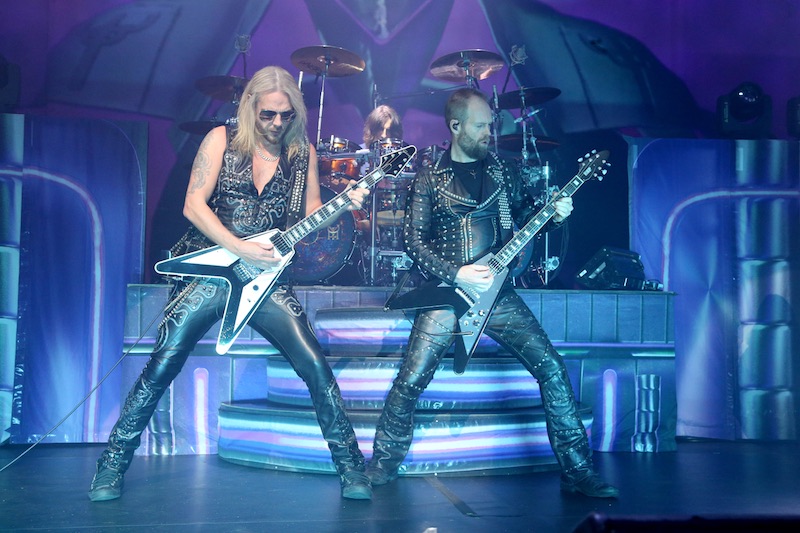 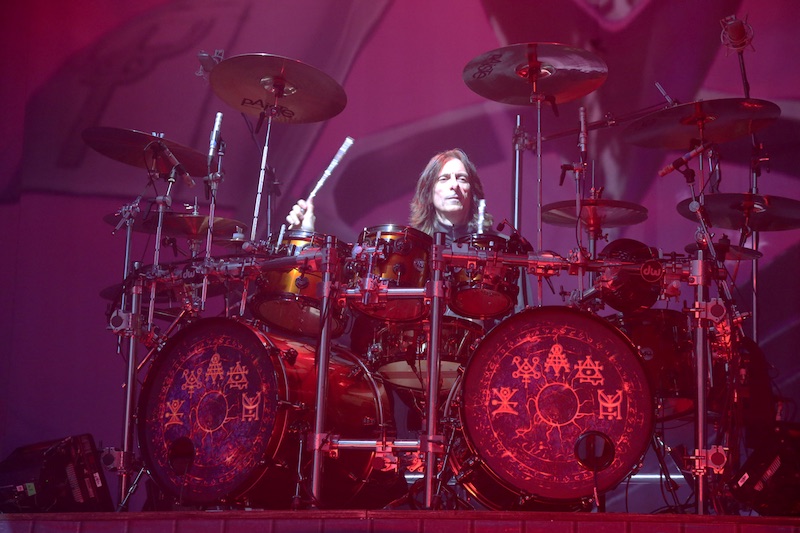 True deep dive “Starbreaker” met with ear-to-ear grins of approval and air vocals down on the floor, but “Steeler” sent shards of heavy metal history straight through the hearts of the entire assemblage via the 12 strings of Faulkner and Sneap trading volleys and guitar harmonies on the ramrodding British Steel slicer, Hill swinging his bass with a grimace of conviction and satisfaction. Redeemer of Souls sleeper “Halls of Valhalla” slid beautifully into vintage harmonizer “Tyrant,” both selections setting up the show centerpiece “Victim of Changes,” the truest concussion all night. Guitarists synced, Halford howled up, brought it back down, down, down, then ascended into a Faulkner/Sneap funnel cloud.

Gravy followed with a supersonic three-song encore: motorcycle set piece “Hell Bent for Leather” and the eternal lawlessness of trademark show closers “Breaking the Law” and “Living After Midnight.” Recharged by Faulkner and Sneap, powered by Travis and Hill, and shrieked alive by Halford, the ex-Black Country bombers are reborn for a fifth decade holding God only knows. All hail, then – in Halford’s parting words – Judas Fucking Priest. 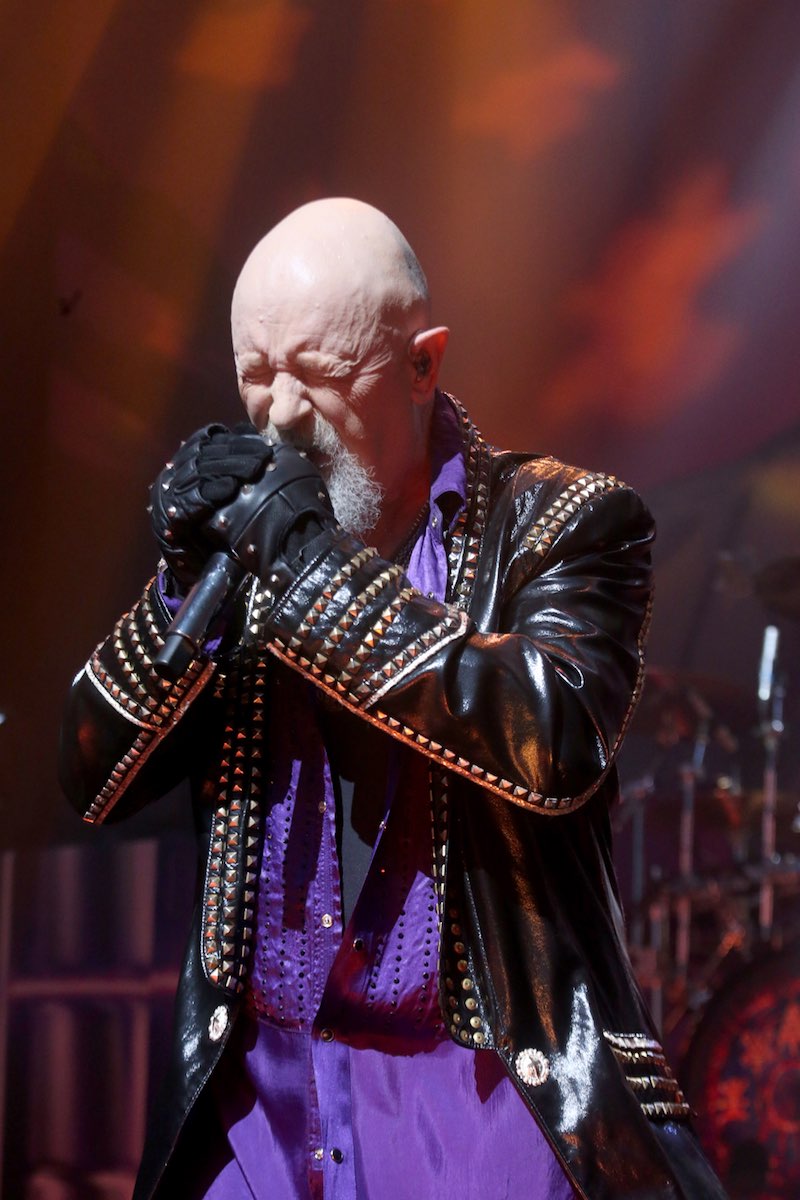 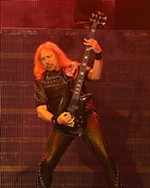