Loud, aggressive, and weird as hell, Pup will prove all that and more tonight, Thursday, at a sold-out Mohawk. They’re also sweet Canadians from Toronto, who say “so sorry” straight off the bat and have invited charities out to every show on tour. Frontman Stefan Babcock spoke of Morbid Stuff. 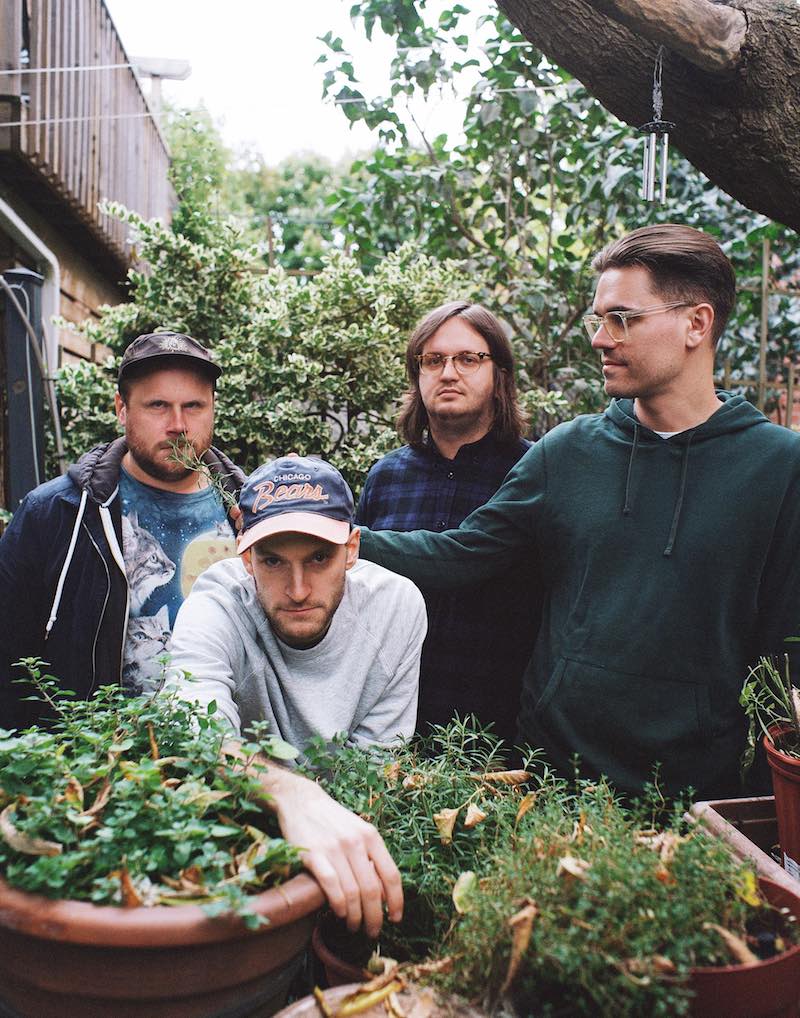 Austin Chronicle: Sonically, the new album sounds really big. Was that a conscious choice going into the recording and production, or did it just end up that way?

Stefan Babcock: I think it just ended up that way. We’ve used the same producer for three records now, David Schiffman. He’s been a champion of the band from the beginning. And we recorded in the same studio as the last album. I think the big-ness comes from us being a better band. We’re just tighter from having toured together and played together for so long.

AC: Morbid Stuff doesn’t feel mainstream, but it’s refined and it has a lot of pop moments on it as well. Does the band listen to a lot of pop music?

SB: We listen to pop music. All of us have different kinds of pop, but yeah, definitely, hooks are a big part of this band and what we’re trying to accomplish. A big goal of ours is to write catchy songs that are aggressive and also weird. The whole catchy and weird thing is a difficult line to straddle, and we struggle with it a lot, but it’s something as a band identity that we really care about.

AC: Your music contains a lot of humor. Normally, you test that on an audience, but you can’t do that in a studio. Do you ever worry about it coming off not how you intended?

SB: For me anyway, humor isn’t really punchlines. It’s snotty and tongue-and-cheek, and that‘s just my personality. This is our third record and we’re at a place where, lyrically and musically, whatever we’ve been doing has been working, so there’s no real reason to change it up or overthink it. We want to do what we do, just bigger and better.

AC: You’ve mentioned how a lot of your songwriting is about your depression and trying to be more open about that. When you play these songs live and you’re revisiting those moments, is it cathartic or is it weird to return to that headspace?

SB: It’s definitely cathartic. Some of the songs are really sad moments, so if I’m really in it when we’re playing, I experience those emotions again, but I would say 90 percent of our songs are treating those negative emotions in this positive way. A lot of this band for me is figuring out what the fuck is wrong with me in a way that’s going to be fun for me.

A fun way to explore that darkness.

So I get to do it with my best friends and we get to travel and do cool shit, and play these songs in rooms full of people that are screaming the lyrics and jumping around. I don’t get into a sad headspace when I’m revisiting that stuff. For me, it’s more of a celebration of how fucked up everything is.

It’s nice to be able to express that and feel like you’re not alone. And the feeling is reciprocated in the room. It’s the best therapy in the world, for me anyway.

AC: That’s what I love about punk: The catharsis of diving into a crowd.

SB: It’s amazing what music can do, but it’s also amazing what live music and a shared experience can be. I’m not even talking about this band. I’m just talking about in general. If you put yourself in a room with people who all care about the same thing, it’s fucking incredible. It’s like the weight of the world is lifted for a minute.

“As four straight white males playing in a band, it’s so important to us that diversity and inclusion is part of what we’re doing.”

AC: What made you want to partner with LGBTQ youth crisis nonprofit Trevor Project on this tour?

SB: They’re doing great work and we’ve partnered with them before, going back to the first record where they did an exclusive Pup merch design. They sold it and we sold it, and all the profits went to helping their organization. It’s something the four of us care about very deeply. It’s a weird thing to say, but as four straight white males playing in a band, it’s so important to us that diversity and inclusion is part of what we’re doing.

It’s kind of our job to make space for people who might not have as much of a strong voice as we are privileged enough to have. It’s our job and that’s why we’ve been inviting charities out to every show to set up donation bin and information pamphlets and stuff in every city. I feel like that should just be the norm for bands that can bring people out. You should be giving something back. It’s not even a good thing to do. It’s just a normal human person thing to do.

AC: Does that come out of your DIY background, which is historically about making space for others, not just your art?

SB: Yeah, totally. I don’t think that should just be a punk thing. It’s a thing that everybody, no matter what kind of art they’re making and whatever genre of music they’re making, should just be conscious of. Because how can you exist in 2019 as an artist and not feel like you should be doing your part?

The other part, to be a little self-deprecating, is musically we’re not a political band. There are political undertones, but I just don’t write lyrics in that way. This is our way of contributing something. 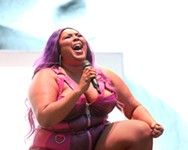 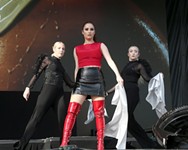